Will Robinhood’s no-gas-fee wallet pay off? 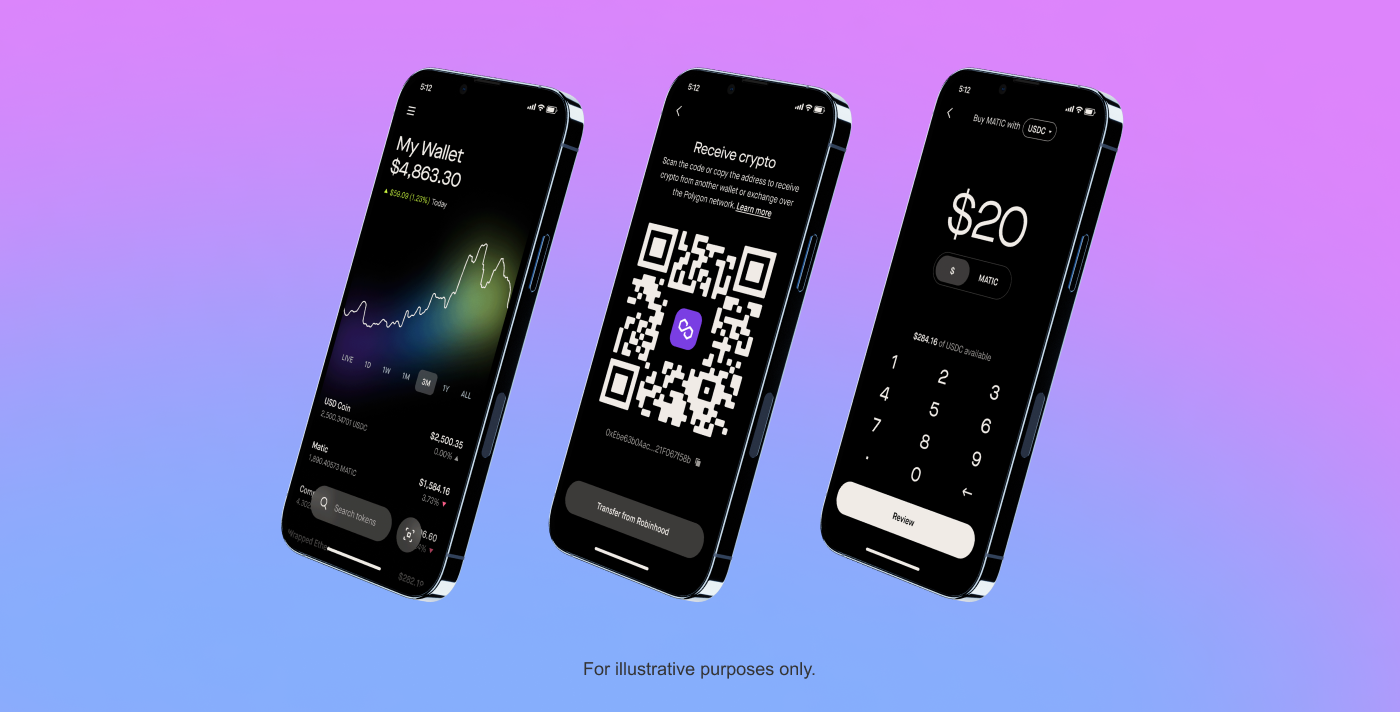 Robinhood is down but not out. Once the hottest thing in fintech, the trading app’s share price is at a sickly $9 and its revenue forecast is dismal, but it continues to innovate. The latest example is a new self-custody crypto wallet, which launched in beta on Tuesday and offers users a way to prowl the world of DeFi and Web3 all while paying no gas fees.

The wallet is currently available to only 10,000 customers who joined a waitlist, but Robinhood’s product team gave me a tour of the new service on Monday. The wallet has a few curious features that I’ll describe below, but also has a sleek and user-friendly design that’s long been one of the company’s hallmarks. This includes a tool to access one’s private key using iCloud—a feature that might horrify some crypto purists, but will be deeply appreciated by ordinary users.

Where the product—called simply Robinhood Wallet—feels odd is that it’s build entirely on Polygon, the popular Layer 2 service for Ethereum, and doesn’t let the wallet user transact on Ethereum itself. This design decision is understandable since Polygon is much cheaper and faster than Ethereum, and it’s what allows Robinhood users to explore Web3 without gas fees. But it also feels limiting, especially as Robinhood Wallet doesn’t support Bitcoin or Dogecoin or other tokens incompatible with the Polygon network. The company says the wallet will support more blockchains in the future.

Meanwhile, Robinhood’s no-fee offering came about thanks to an arrangement with decentralized exchange 0x that will see the latter facilitate the no-gas-fee trading. The upside is that Robinhood Wallet users won’t have to deal with the clunky process of acquiring and spending MATIC tokens (used to pay for gas on Polygon) but, once again, the decision to conduct all transactions through a single, designated exchange doesn’t exactly feel like the full crypto experience.

If the new wallet proves a hit, none of this will matter much as Robinhood will have succeeded in introducing some of its millions of customers to something resembling a Web3 experience. But if its constraints make it a flop, Robinhood Wallet will prove to be another expansive distraction for a company in desperate need of a turnaround. It will also add grist to rumors that FTX’s Sam Bankman-Fried, who took a 7.6% stake in Robinhood this summer, is preparing to gobble up the entire company.

FTX.US won an auction to acquire the assets of bankrupt crypto lender Voyager; the company bid $1.4 billion plus $111 million in "additional consideration."

Hong Kong Polytechnic topped a ranking of the top 50 universities for blockchain while the top U.S. slots went to UC Berkeley and Cornell, which landed fourth and fifth, respectively.

The Interpol notice for disgraced Terra founder Do Kwon has "touched off a global manhunt."

The share price of chip maker Nvidia is getting absolutely pummeled, in part because it can't sell a glut of GPUs it ordered during the pandemic to meet the demand for Ethereum mining.

New York, California, and six other states are going after crypto lender Nexo for offering interest-bearing accounts—including one with a 36% return—without registering.

Crypto Twitter weighs in on the comparative villainy of the Terra vs 3AC founders: