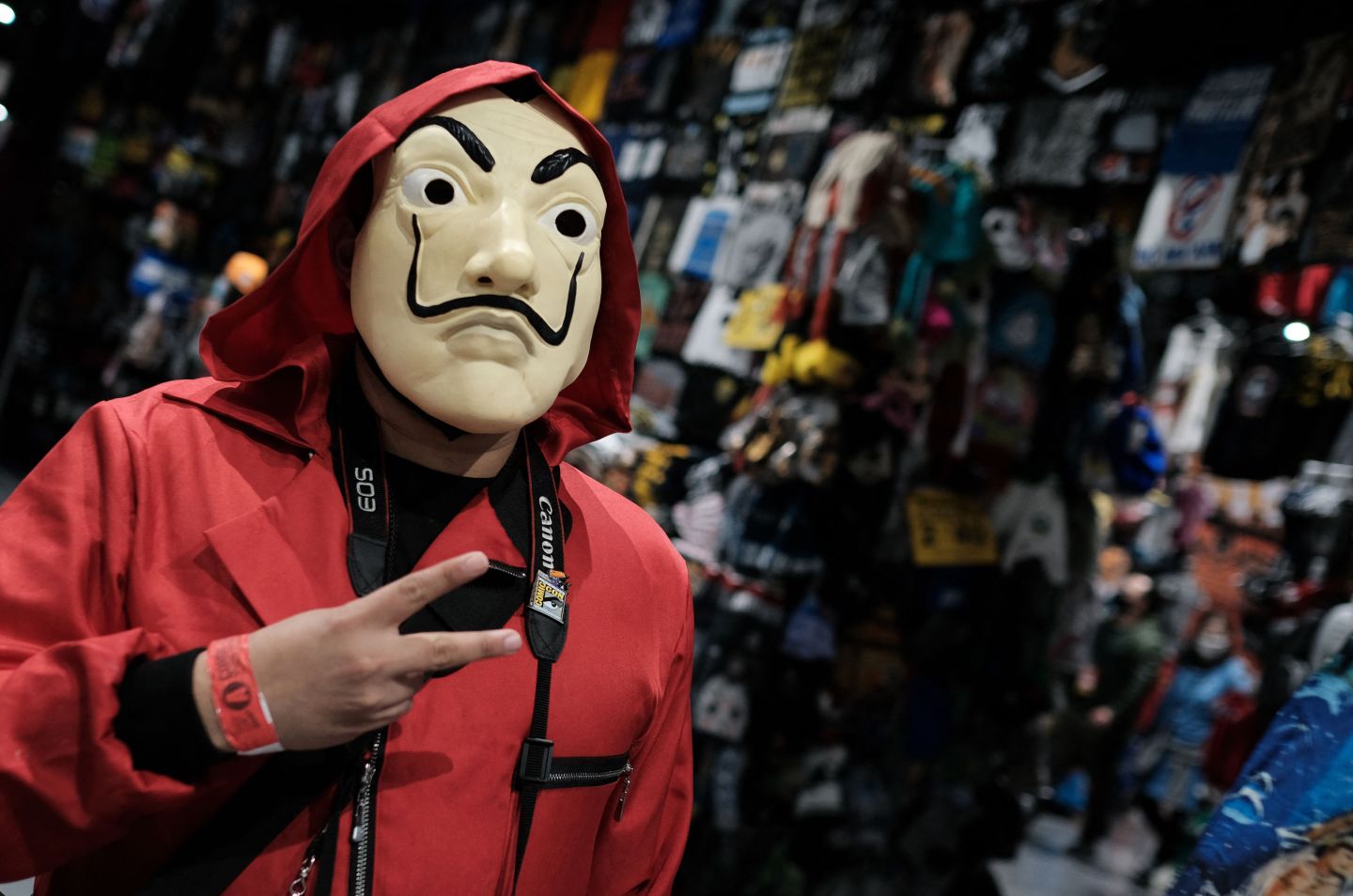 The company that pioneered binge-watching is now preaching the benefits of patience.

Streaming giant Netflix, under immense pressure from Wall Street following an unexpected drop in subscribers this year, used Tuesday’s quarterly earnings call to make clear that it won’t take shortcuts in pursuit of an immediate recovery.

Rather, Netflix hopes to tread water for the next 12-plus months without incurring even more damage—the company’s stock price is down 64% year-to-date—as it prepares to roll out a lower-priced, ad-supported tier and crack down on password sharing between households.

The California-based company gave itself a bit of breathing room Tuesday by reporting a net subscriber loss of 970,000 in the second quarter, bringing its global paid membership total to roughly 220,670,000. Netflix officials had warned in April that the losses would approach 2 million, a prediction that perpetuated a mini-panic among investors. Relieved by the not-as-bad-as-expected subscriber losses, investors bid up Netflix shares 5% in mid-day trading Wednesday.

The momentary reprieve, however, belies well-documented problems looming over Netflix. The company’s once red-hot  subscriber and revenue growth have stalled this year, the result of increased competition from streaming rivals, market saturation in the lucrative North American region, and global economic headwinds.

In response, Netflix officials have abandoned their long-standing aversion to commercials and prior shrugs about password sharing. Company executives announced plans in April for the ad-supported option, hopeful that the less-expensive tier will draw in more subscribers. They’ve also started testing ways to squeeze money from an estimated 100 million-plus password moochers, running two separate pilots in Latin America and South America.

While Netflix management finally acknowledged the need for these moves, executives stressed on Tuesday’s earnings call that the company would take its time rolling them out, treading carefully to avoid potential customer shock or other problems.

Chief Operating Officer and Chief Product Officer Greg Peters cautioned that the company will need a “period of years” to refine its delivery of commercials. He expects the ad-supported tier will debut sometime in early 2023 in countries with “more mature ad markets.”

“So I want to set expectations at the onset,” Peters said. “We’re going to take an iterative approach. This is what we call the ‘crawl, walk, run’ model.”

Peters struck a similar tone on password sharing, suggesting that more tests akin to the Latin America and South America pilots could take place before a broader crackdown in the U.S. Netflix began offering heavily discounted “sub accounts” in three countries in March and plans to launch a similar offer in five countries next month.

“I would say we’re tracking quite well to sort of the plan that we had in place,” Peters said. “And I am increasingly confident that based on what we’re seeing, that we’ll have something that we can deploy next year as we were planning.”

In the meantime, Netflix remains on track to tighten its spending on content and staff. CFO Spencer Neumann said Tuesday that the company expects its content budget, projected to total $17 billion in 2022, will likely stay in that neighborhood for the next few years. Netflix also has laid off about 5% of its workforce this year, according to The Wall Street Journal.

Taken together, the short-term financial projections and longer-term plans for juicing revenue show Netflix will need some time to regain its mojo. Stranger things have happened, but Netflix shareholders looking for a quick money heist will likely be disappointed.

Pushing toward passage. A bill containing $52 billion in subsidies for domestic chip manufacturing cleared a key procedural hurdle in the Senate on Tuesday, though it’s unclear if the legislation will receive final approval from the upper chamber, CNBC reported. The 64-34 vote signals support for continuing negotiations over the slimmed-down bill, which initially included additional provisions aimed at making American companies more competitive with Chinese rivals. Supporters of the bill say the subsidies are needed to help manufacturers keep pace with Asian and European rivals, while detractors argue the federal support amounts to crony capitalism.

Headed out the door. A founding member of the brain implant startup Neuralink recently left the company, adding to the list of departures at the Elon Musk-led company, Reuters reported Tuesday. Citing two sources familiar with the matter, Reuters reported that Paul Merolla, who worked on Neuralink’s chip design program after founding the company with seven people, left for reasons that were not immediately clear. Two of the eight people who co-founded Neuralink in 2016 remain with the company, including Musk.

Stop the presses. Facebook plans to shift resources away from its news and newsletter features, choosing instead to focus on creator-driven content that better fits its plans for competing with TikTok, The Wall Street Journal reported Tuesday. The Meta unit earned some goodwill in the past few years by paying publishers tens of millions of dollars for their content, but company officials deemed those deals no longer a priority. Sources told the Journal that recent moves by global regulators and policymakers to force digital platforms to pay news publishers for their content influenced Facebook’s change in attitude.

No excuses for skipping. Class is in session at the “metaversity,” and early reviews are promising. A Protocol report Wednesday details Meta’s nascent venture into creating virtual college classrooms, where professors can hold three-dimensional, remote lectures using the company’s Quest headsets. While the pilot remains small, Meta hopes the effort will give it access to a chunk of the $77 billion global higher-education market. Some university officials described largely positive experiences with their test runs, though college leaders are wary about the potential costs and civil rights advocates worry about data privacy implications.

Last November, months after (professor Muhsinah) Morris and other faculty members launched Morehouse in the Metaverse, Meta announced that it was committing $150 million to its Meta Immersive Learning project, through which it has partnered with VictoryXR, an Iowa-based virtual reality company, to create 10 “metaversities.”

These digital campuses are affiliated with real universities, and Morehouse’s experiment is the largest in the United States. In the last academic year, nine classes were offered to about 400 students in the metaverse. They ranged from journalism to biology, English to history. Next fall, the metaverse course offerings will increase to 15.

Bitcoin climbs to highest price in a month as it approaches $24,000, by Bradley Keoun, Shaurya Malwa, Sage D. Young, and CoinDesk

Twitter is being roiled by an internal tool showing employees get paid double for the same job in different countries, by Alena Botros

Carvana’s Illinois problems continue. Startup is barred from selling cars in state for second time in under three months, by Chris Morris

Netflix beefs up its original content machine with plans to buy the animation house behind ‘The Lego Movie’, by Chris Morris

Inside Lightspeed’s three-year strategy to get ahead of the downturn—and what’s next for the firm after its star investor steps back, by Jessica Mathews

Venture capital is hard–and it’s supposed to be, by Adam Felesky

Sayonara, push mower. On a trip back to my native suburban Detroit last month, I spotted a strange, Roomba-like device lumbering across a neighbor’s yard. Turns out it was a robotic lawnmower, and as Fortune’s Chris Morris reported Tuesday, these A.I.-powered machines are quickly becoming a must-have tool for homeowners looking to reclaim their weekends. Robotic lawnmowers likely represent less than 5% of the U.S. lawnmower market, but big names in landscaping—including Toro, Husqvarna, and WORX—are quickly jumping into the field. Admittedly, they’re a bit of a bother to set up, but technological evolutions expected to arrive in the next year or two should cut down the headaches. So sit back, crack open a cold one, and let this modern marvel run its course.