Costco claims its $1.50 hot dog combo is ‘forever,’ laughing in the face of inflation 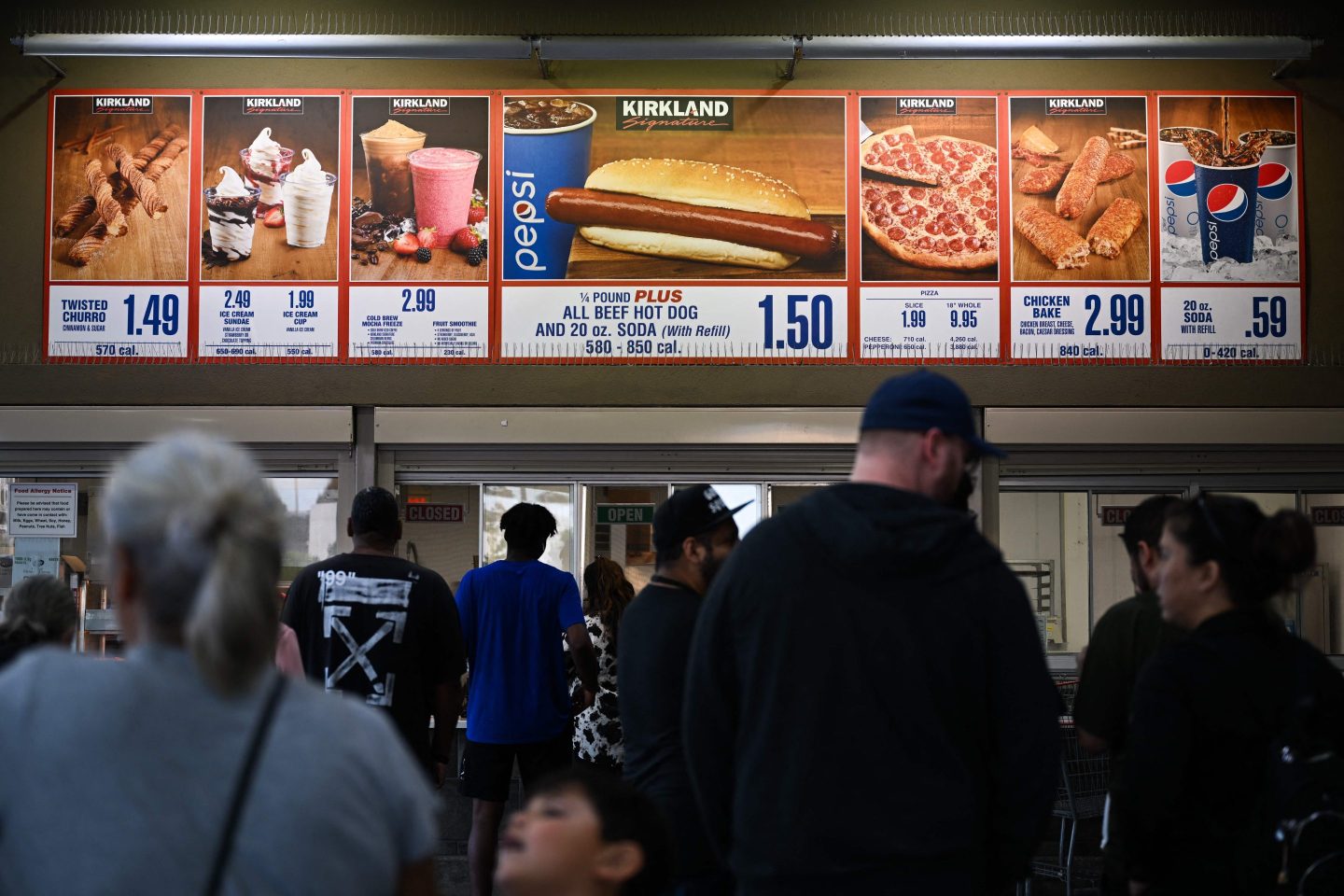 The famous meal combo has stayed at $1.50 since the 1980s.
Patrick T. Fallon—AFP/Getty Images

Costco shoppers can breathe a sigh of relief after the company’s CFO announced its iconic hot dog and soda combo meal won’t be increasing in price despite inflation.

“Lightning just struck me,” Richard Galanti quipped in response when he was asked about the price at a presentation of the retailer’s fourth quarter earnings.

The popular menu item has remained at only $1.50 since the 1980s and according to Galanti, it’s going to stay that way “forever,” unlike other menu items from Costco that have recently become more expensive alongside rising inflation. The chicken bake rose from $2.99 to $3.99 in July, while a 20-ounce soda has risen from 59 cents to 69 cents.

When asked how Costco is managing to keep its price so low, he cited other areas of business for the company where they have been able to profit, even if the price of the pre-prepared meal combo loses them money.

“Some businesses that are doing well with margin…those things help us be more aggressive in other areas, or, as you mentioned, hold the price on the hot dog and the soda a little longer — forever,” he said.

His comments come off the back of the CEO Craig Jelinek’s comments to CNBC earlier this year when he simply responded to the question of a price rise with “No.”

While the hot dog combo’s cheap price is “forever,” the retailer’s membership price is not.

It is well known that the company’s membership price rises roughly every five to six years and the deadline is fast approaching, as the last increase took place in June 2017. Currently, the gold star and business memberships are $60 a year, while the executive membership is at $120.

Galanti confirmed a membership price hike is on the cards, suggesting that January 2023 might be the moment.

“Now I’m not suggesting it’s January ’23. I’m just saying it’s not there yet anyway,” he said.

“And our view is, if we are confident in our ability to do so. And at some point, we will. But it’s a question of when, not if.”