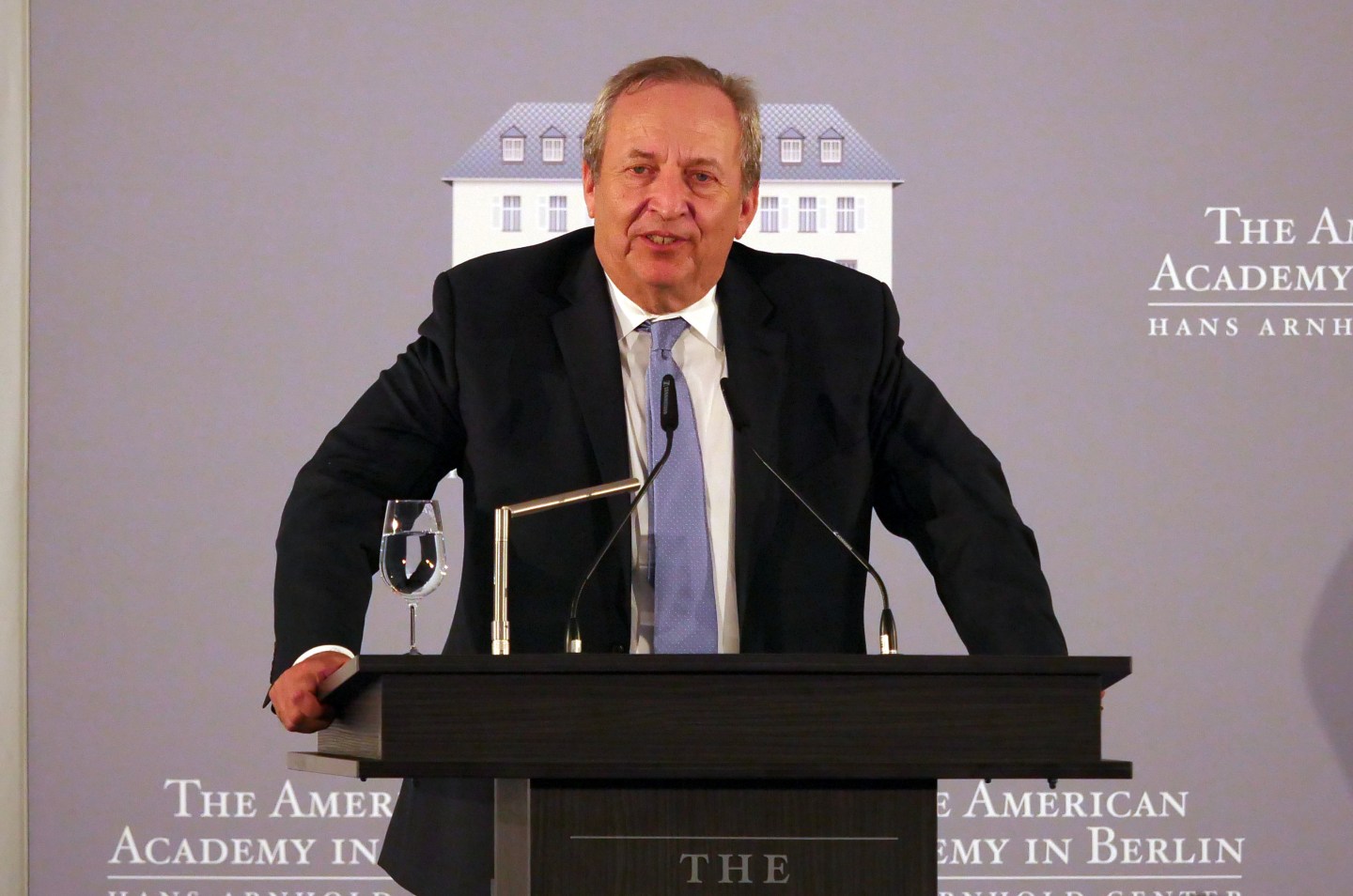 Larry Summers seen during the 2017 Henry A. Kissinger Prize at the American Academy in Berlin on June 20, 2017 in Berlin, Germany.
Chad Buchanan—Getty Images

Larry Summers occupies a unique position in the political economy of the U.S. From an early age, he was considered one of the brightest minds of his generation of economists. And he’s unique in his profession for having risen to a cabinet post—Treasury Secretary—as well as the presidency of Harvard University. Along the way, he developed a reputation for truth-telling that hasn’t always served him well.

Most recently, Summers alienated Democrats after the 2020 election by publicly warning another round of COVID relief checks could be inflationary. And he was among the strongest critics of the notion, favored by the administration and the Fed, that the inflation that resulted was temporary. His accuracy on those issues earned him the credibility to convince Sen. Joe Manchin this year to support the misnamed Inflation Reduction Act, enabling its passage. His central insight: putting checks in peoples’ pockets will fuel inflation, but spending government money on physical infrastructure, social infrastructure or energy transformation need not.

So when Larry Summers speaks about the economy, you should listen. He did so recently with Fortune’s Shawn Tully, who visited him at his home for a deep dive into his current view on the economy. You can read Tully’s report here. But brace yourself. His bottom line: rooting out inflation won’t be quick and it won’t be easy.

I should acknowledge upfront that I consider Summers a friend. I first wrote about him on the front page of the Wall Street Journal in 1985, and our daughters grew up together in D.C., playing on the same soccer team (coached by my wife). But I go back to him whenever the economy is perplexing for the same reason you should: he’s usually right.

Italy is about to have its most right-wing government since Mussolini’s, following the electoral victory of a coalition helmed by the post-fascist Brothers of Italy and its leader Giorgia Meloni, who is now set to become the country’s first female prime minister. Once the new government is formed, which will probably happen around a month from now, other coalition members will include the Kremlin-friendly likes of Matteo Salvini’s League and (he’s back!) Silvio Berlusconi’s Forza Italia. Guardian

Sterling fell to record lows of less than $1.04 this morning, as international markets continue to reject the unfunded tax cuts unveiled by Liz Truss’s administration late last week, plus a reported plan for more cuts. And the cost of government borrowing continues to soar: U.K. gilts are still collapsing, with 2- and 3-year yields up more than 50 basis points today. Truss’s gamble is adding to general skittishness that extends to equities—erythrophobics may wish to avoid looking at the markets this morning. (Bonus read: this has not been a good year for buy-the-dippers.) Fortune

Russia’s Ukraine invasion will have cost the global economy at least $2.8 trillion in lost output by the end of 2023, according to the OECD. Meanwhile, Kyiv’s forces are advancing towards the Luhansk region, which is the only one of the four preparing for Russian annexation that Moscow (almost) fully controls. The big fear is that, once the regions’ sham referendums have concluded and annexation takes place, Russia will see the Ukrainian counteroffensive as an invasion of its own territory, and respond accordingly. Wall Street Journal

Musk says he’s ‘activating Starlink’ in Iran as its government blocks the internet to stop spreading protests, by Nicholas Gordon

These ‘stealth’ remote workers are working from Bali—and their colleagues have no idea, by Simon Willis