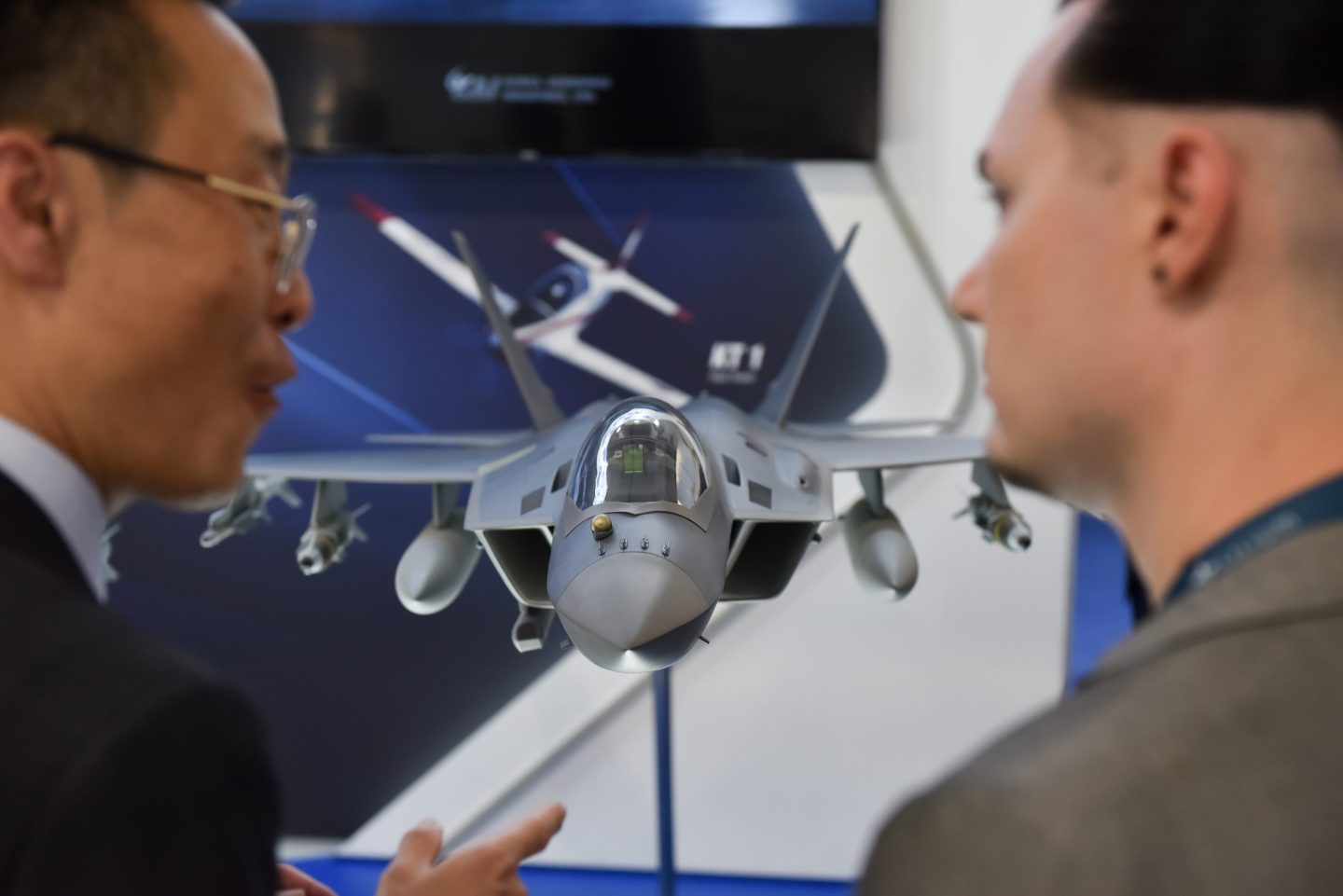 Ramon Pacheco Pardo, author of "Shrimp to Whale: South Korea from the Forgotten War to K-Pop" writes that Seoul has positioned itself to take over industries on the cutting-edge.
John Keeble—Getty Images

South Korea is making a splash when it comes to the arms trade.

On July 27th, South Korea signed one of its biggest export contracts ever. It wasn’t for semiconductors, or ships, or Korean dramas. Instead, it focused on a little-known, yet rapidly expanding, sector of the South Korean economy: arms.

At a military base in Morag, Poland inked an agreement to buy 1,000 tanks, 600 howitzers, and nearly 50 fighter jets from Seoul, made by companies like Hyundai Rotem and Hanwha Defense. Polish Defense Minister Mariusz Blaszczak was clear about why his country made the purchase: Poland needed state-of-the-art defense capabilities, to be delivered as soon as possible. South Korea was the only country that could fulfill both conditions.

Around the same time, South Korea attended its first NATO Summit in Madrid, along with other Asia-Pacific leaders. But while Russia and China were the main focus of attention, the conversation regarding Korea had another crucial component: advanced technology.

While the rest of the world continues to obsess about the Korean Wave or the latest smartphone or flat screen TV from Samsung or LG, the South Korean government is quietly working in tandem with leading tech firms to find the country’s next growth engine.

This is South Korea’s tried-and-tested strategy to remain globally competitive. Government investment in blue-sky research, close cooperation with the private sector to analyze and settle on future growth engines, and the development of these technologies in a way that benefits both private revenues and the coffers of the South Korean government.

This relationship takes us back to the NATO Summit. South Korean manufacturers such as Hanwha have become one of the few international weapon systems firms to gain a foothold in the NATO market. In fact, South Korea is the only Asian country exporting to alliance members, including Norway, Poland and the U.K. That’s an impressive feat for a country that, until the 2010s, was barely a player in this market. Korea is already the world’s eighth-largest arms exporter, according to the Stockholm International Peace Research Institute.

South Korea has benefited from the need to develop technologies for domestic use. In April 2021, then-president Moon Jae-in beamed as he delivered a speech in front of South Korea’s first-ever home-grown fighter jet, the KF-21 Boramae. Countries such as Thailand, the Philippines, Iraq, or Qatar have already shown interest in the jet, manufactured by a consortium involving the South Korean government, Korea Aerospace Industries, and the Indonesian government. What started as a project to deter North Korea and China is poised to bring huge economic benefits to South Korea.

The same applies to the space sector. Last June, President Yoon attended the first successful launch of a South Korean rocket to put a satellite into orbit. Developed by the government’s Korea Aerospace Research Institute, the Nuri rocket was also designed for domestic purposes, perhaps putting a surveillance satellite into orbit to check on Pyongyang and Beijing. But foreign buyers would certainly be interested as well.

Nuclear power plants are also attracting overseas interest with majority state firm KEPCO joining consortiums in Egypt or the UAE to develop the sector in these countries—which South Korea itself needs to boost to reduce dependency on oil and gas from the Middle East and Russia, and pursue energy autonomy.

So is green shipping, with heavyweights Hyundai, Samsung, or Daewoo racing to lead the way at the global level but also as South Korea seeks to limit its own carbon emissions.

South Korea is banking on two advantages as part of its high-tech sales pitch. The first, unspoken advantage is that South Korea is not China. As relations between the U.S. and China sink to levels not seen for decades, Seoul could become a trusted partner for countries and companies seeking to build supply chains with limited or no Chinese involvement.

South Korea’s high-tech products are also cheaper than its competitors in the U.S. and elsewhere. Certainly, products from Lockheed Martin and Boeing are more advanced compared to their South Korea peers. But most countries don’t need the latest gadgets. They just need something advanced enough that allows them to protect themselves. That’s what South Korea offers.

South Korea Inc. now competes at the technological frontier, not just in consumer technology, but strategic technologies as well. The U.S., Japan, and Europe better get used to this new competition.

Ramon Pacheco Pardo is a Professor of International Relations at King’s College London and the KF-VUB Korea Chair at the Brussels School of Governance. He is the author of Shrimp to Whale: South Korea from the Forgotten War to K-Pop.