Social media and universal appeal: How Korean culture grew from a regional to a global powerhouse 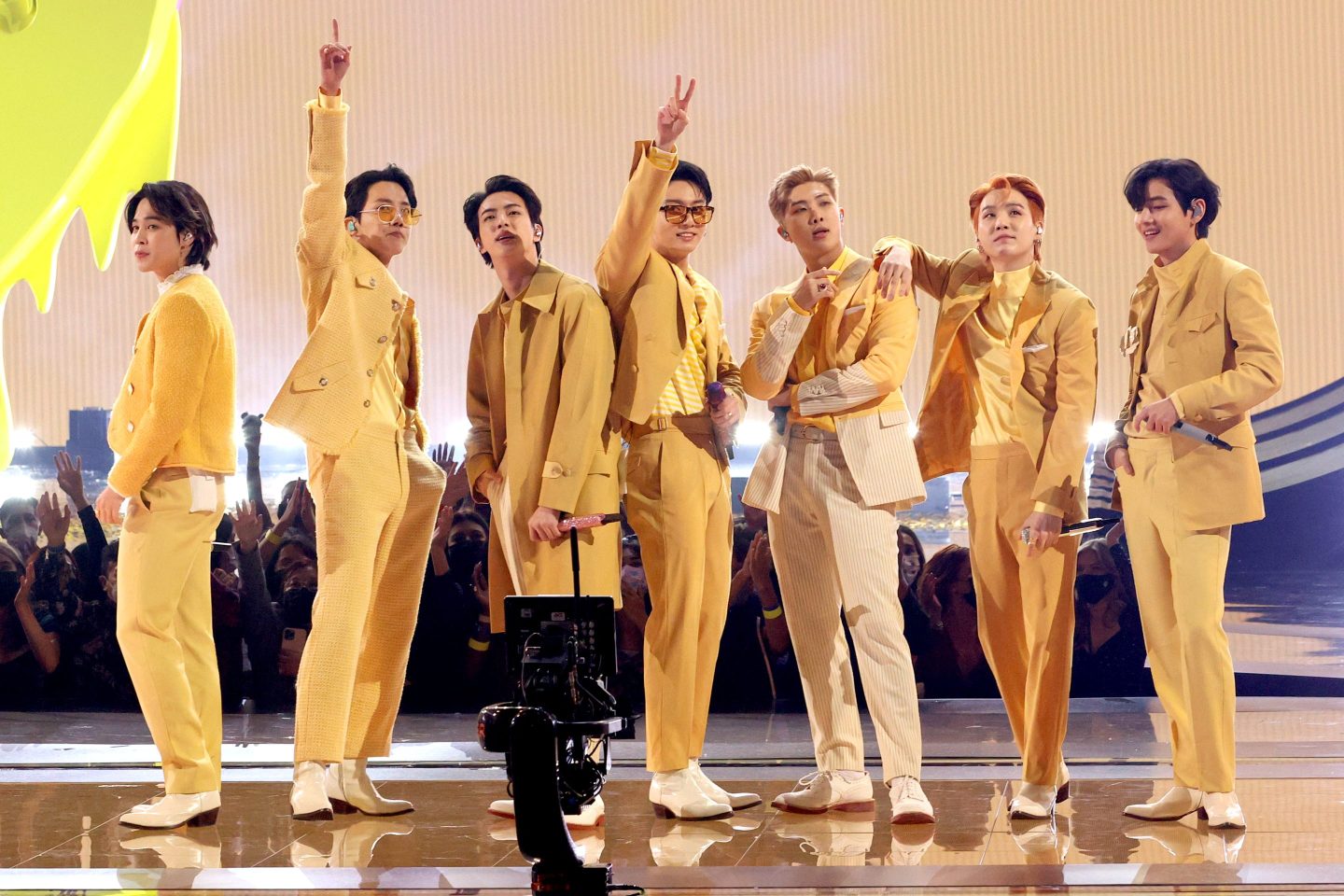 Professor Ramon Pacheco Pardo, author of "Shrimp to Whale: South Korea from the Forgotten War to K-Pop" writes on how Korean pop culture grew from humble beginnings: first to Asia, then to the entire world.
Kevin Winter—Getty Images for MRC

At the UN General Assembly, a group of world leaders thanked young people for their resilience during the COVID-19 pandemic. Over a million viewers tuned in, as the message resonated across the world.

These leaders were none other than BTS, the biggest boyband in the world. They’re merely one example of a uniquely Korean, yet unmistakably international, cultural industry. There’s Blackpink, the pop stars with the largest number of YouTube followers. There’s Squid Game, the most-watched show in Netflix’s history, with Hellbound—another Korean Netflix show—right behind it. There’s Parasite, the movie sensation that won the Academy Award for Best Picture.

And Korea’s influence is even more subtle than that: the Masked Singer, the hit U.S. TV show, is actually based on a Korean concept.

Of course, Asian audiences have been consuming Korean culture for over two decades.  But why has it conquered the West now?

But to understand why South Korean culture has taken over the world in 2021, we have to go back to the early 1990s.

South Korea had been a dictatorship until 1987, which meant limits on what artists could do. Some daring artists channeled creative energy to criticize the dictators that had brought economic growth, but also repression. Others were simply censored.

But in 1992, Seo Taiji and Boys debuted their first song “I Know.” Critics didn’t get it. The rowdy style, the socially conscious lyrics and the artists’ clothes were all too different from what was common at the time. But the general public did. Mixing the traditional Korean ballad with American influences such as rap or rock, the group had inaugurated what came to be known as K-pop.

Within a decade, the boyband H.O.T. was selling out their concerts in China, ‘The Queen of K-pop’ BoA was topping Japan’s Oricon music chart, and the romantic drama Winter Sonata was sweeping TV screens and stealing hearts across East Asia. By the mid-2000s, audiences in Latin America and the Middle East were starting to catch up.  The Chinese media labelled this Hallyu—The Korean Wave.

South Korea’s disadvantages as an economy actually helped grow its cultural industry. Its small market meant that artists and executives had to look overseas for bigger profits. Its relative technological backwardness in the early 1990s compared to Europe, Japan, or the U.S. led Korea’s government and society to embrace the “new”: Internet, mobile phones, and incipient social media. Its position as a small open country surrounded by larger powers encouraged the South Korean cultural industry to mix foreign influences with the country’s own.

By the 2000s, South Korea was competing with Japan to become the purveyor of Asian coolness. But South Korean culture couldn’t crack Western markets. Pop idols such as Rain and girl groups including Girls Generation crossed the Pacific, but radio stations refused to play their songs. Films including Oldboy or Thirst were receiving awards at prestigious festivals such as Cannes. Yet, large movie chains would shun South Korean films in favor of Hollywood action and superhero hits. Mainstream audiences in both sides of the Atlantic did not warm to South Korean acts.

From Asia to the rest of the world

In the 2010s, Korean popular culture took a leap forward. Executives sitting in their offices in Seoul had realized that it was nigh to impossible to crack traditional media outlets. So they shunned the intermediary, and decided to use new tools to go straight to the consumer.

K-pop artists and K-drama actors began to reach out to their fan bases via YouTube, Twitter, and other social media channels. In South Korea, fan bases expect their idols to be or appear approachable and talk to them directly. It turns out that the same is the case for fans around the globe. Before Western media executives could say BTS, the band was reaching a global audience via its social media channels. It was the same for other South Korean megastars.

But the success of South Korean culture has another crucial component: its focus on universal topics.

South Koreans are among the keenest travelers in the world. Millions of tourists go overseas every year. Hundreds of thousands of university students take courses from Los Angeles to Sydney. Many children spend at least part of their lives overseas, either trailing their expat parents or going to school in an English-speaking country to perfect their language skills. Once overseas, they realize that themes from mental health and inequality to love and break-ups are universal. Parasite director Bong Joon-ho, for example, has discussed how the wealth gap in South Korea mirrors that of other developed regions such as Europe. And South Korea has its own stories to tell to the world.

Critics may argue that South Korea’s government “manufactured” the success of the Korean wave, through funding and support for exports. But dozens of governments have similar policies, yet don’t see their cultural industries sweep the world the way South Korea’s has.

So to understand why South Korean culture continues to reach heights unimaginable a decade ago, look at its artists and the way they imagine new ideas. Talk to its industry executives, who grasped the importance of social media early on. Check the way South Korean society mirrors that of other developed countries. There you have a mix that has made South Korea Asia’s undisputed cultural powerhouse, and one of the biggest in the world.

Ramon Pacheco Pardo is the author of “Shrimp to Whale: South Korea from the Forgotten War to K-pop”, to be published by Hurst in 2022.