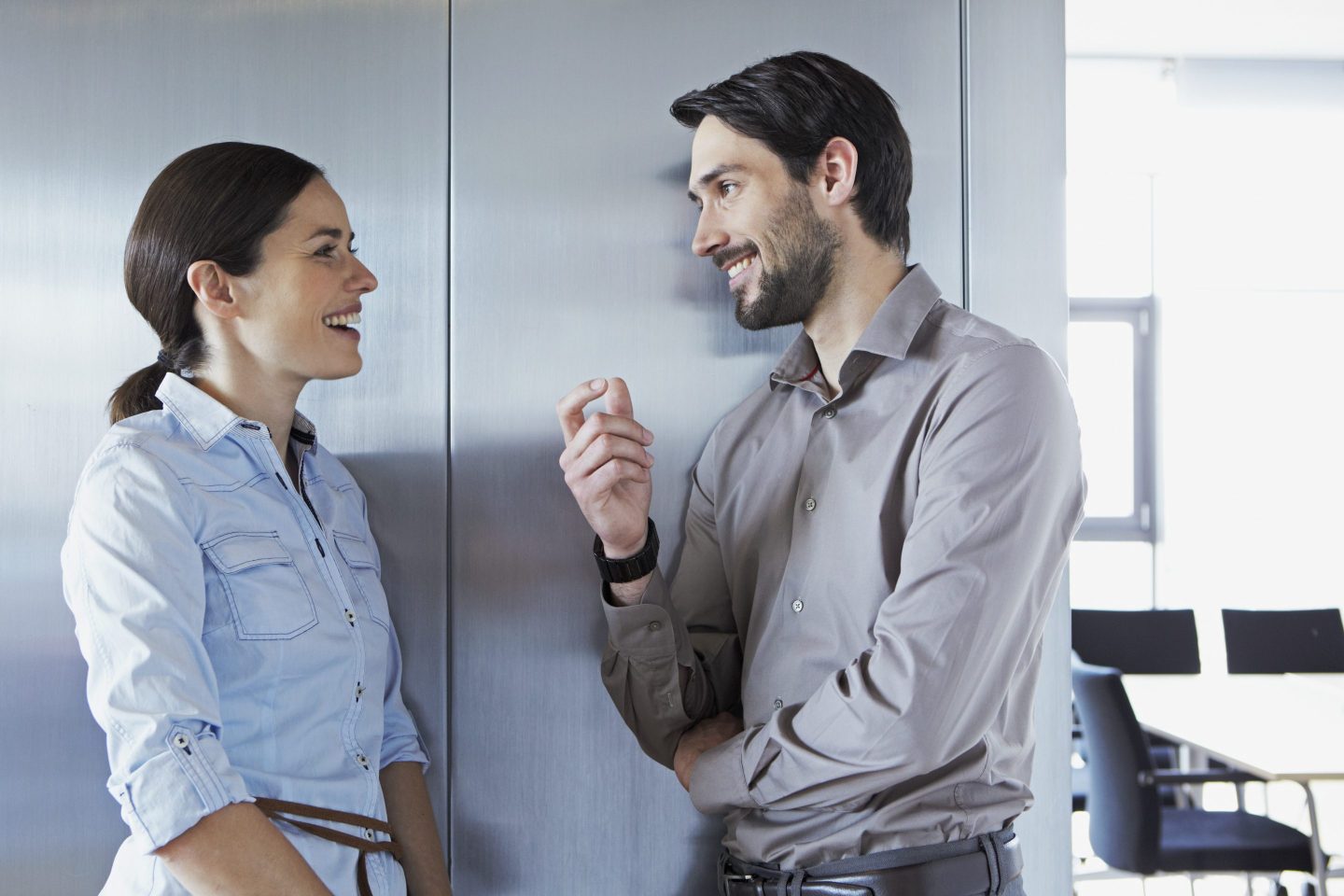 Workplace flirtation might seem benign, but it can quickly escalate to harassment.

It’s no secret that employees sometimes flirt in the office. But just who is doing the bulk of the flirting might surprise you. A new study from Berkeley Haas School of Business professor Laura Kray finds that men in “low-power” positions are often the biggest culprits of workplace flirtation. And while this behavior might seem benign or even charming, it can escalate into full-blown harassment if left unchecked.

Debunking office stereotypes—for example, women as flirts—and expanding the definition of workplace harassment are critical to promoting a workplace where employees feel safe. “We need to dispel the myth that harassment necessarily resides in the behaviors of high-power people,” Kray says. For HR leaders, that means it may be time to expand the scope of their company’s sexual harassment training.

The research, published in the journal Organizational Behavior and Human Decision Processes, examines how people perceive their sex appeal and the ways in which it influences flirting, sexual innuendos, and harassment in the workplace.

“We connected this social sexual identity to measures of sexual harassment proclivities,” Kray says. “Having this identity as a flirt actually predicts people’s willingness to [engage in] really extreme sort of behaviors.” Most would assume that men in high-status positions are more likely to flirt at work in an effort to achieve or assert dominance. But the study finds that men in lower positions who are looking to gain power are the most likely to engage in flirtatious behavior.

“Overall, men self-identify more as flirts, [and] it’s especially true when they are in a low-power position relative to a high-power woman,” says Kray.

In one experiment, research participants were given a scenario in which a male subordinate and a female supervisor come together for a conversation. When the male subordinate asks his manager what she’s looking for in a teammate, she lists out a number of attributes, including passion and hard work. In the devised scenario, the male colleague expresses that he can provide passion, then questions whether she’s ever worked with someone she wanted to date.

Study participants were then asked to rate how powerful the male subject seemed in relation to his female boss. The result: more powerful.

“What we find is that when he engaged in this inappropriate flirting it closed the power gap. Even though she’s a boss and he’s subordinate, he was perceived as more powerful,” says Kray. “To flirt in this way is a norm violation, so if you have the freedom to do it, it suggests that you must be powerful.”

These dynamics can unfold in ways that might not immediately be recognized. Thus, employers risk a situation that might have started off as relatively harmless only to escalate into a serious harassment case. Kray suggests that employers widen their view of what harassment looks like, and arm their leaders with tools to spot early warning signs.

Sexual harassment training tends to focus on the more extreme cases, she adds, but understanding that people have different responses to actions like flirting will help leaders create safer and more inclusive workplaces.

Kray notes that training is not only about broadening one’s perspective and raising awareness. “We need to also be humble and check our biases and blind spots.”

Employees have become increasingly dependent upon their employers to support them during challenging times. That includes periods of financial strain (Inflation, anyone?). I recently spoke with Kathie Patterson, CHRO of Ally Financial, about employee expectations and how they’ve changed over time.

“There's not a separation between church and state like there once was. You're bringing your whole person to work between personal and professional. [For example], coming in and saying, I have childcare issues. Those employees are looking for what we can do to provide that level of support. It's probably been like that for the last five or six years and now, I think it's just been accelerated by the pandemic.”

- As companies rethink the future of work, the top MBA programs are struggling to teach it. Bloomberg

- Companies often forget to adjust their expectations when increasing allotted paid time off. If employees are expected to complete the same amount of work in less time, they’re unlikely to feel rested when they return. Insider

- Gap has started laying off approximately 5% of its corporate employees after sales of its flagship and Old Navy brands fell. CNN

Streaming the strike. Organized labor has reached the internet. The most popular streamers on Twitch threatened to stop making content if the platform refuses to include stricter restrictions for gambling companies on the site. The Amazon-owned platform changed its policies just days after the warning in yet another example of workers—in this case, content creators—banding together to effect change. —Nicholas Gordon

Stuck in the middle management. Middle managers have to switch between being the boss and being an underling. That tension can lead to anxiety and depression, according to a joint study from Columbia University and Toronto University. —Chloe Berger

How long is long COVID? More than 50 million Americans are estimated to have long COVID. That’s roughly 20% of all people who tested positive. Symptoms like fatigue, chest tightness, and myalgia typically persist for one to two years, with difficulty breathing lasting longer. —Erin Prater