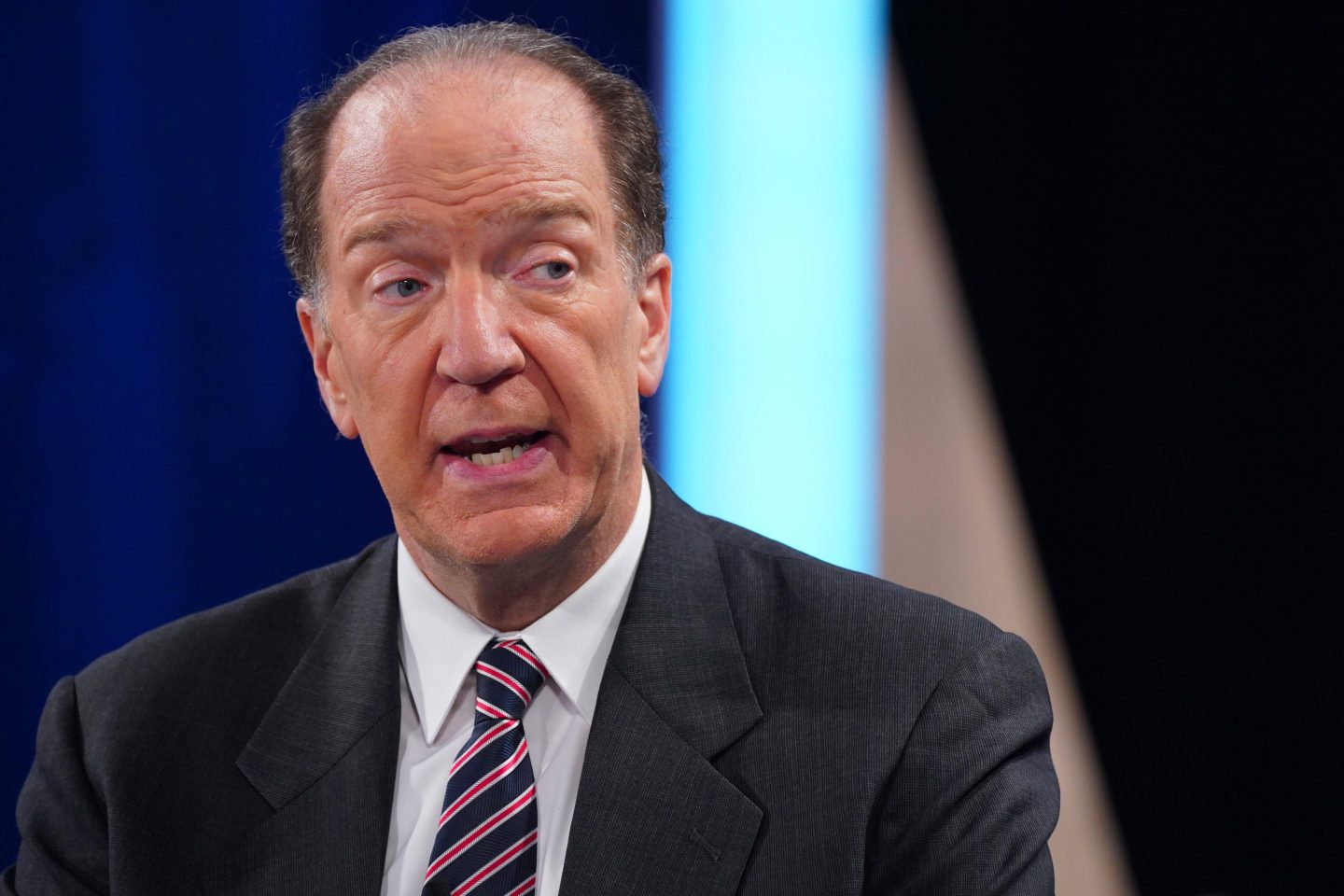 The president of the World Bank is facing calls for his ouster after he refused to accept human activity as the cause of climate change.

At a New York Times event on Tuesday, David Malpass was repeatedly pressed by moderators on whether he agreed that burning fossil fuels was warming the planet. His response: “I don’t know. I’m not a scientist.”

Environmental groups criticized the evasive answers from the head of the World Bank. On Wednesday, the Big Shift Coalition, a group of non-government organizations pushing development banks to more aggressively fight climate change, demanded the World Bank remove Malpass as its president.

“For the World Bank to maintain any shred of decency Malpass cannot remain as President,” Tasneem Essop, an executive director at the Climate Action Network, said in a statement.

Even the White House is paying attention to Malpass’s comments. On Wednesday, the U.S. Department of the Treasury said in a statement that it expected the World Bank to be a “full partner” when it came to fighting climate change. “We have—and will continue—to make that expectation clear to World Bank leadership,” the Treasury Department said.

The World Bank, and Malpass in particular, has already attracted criticism for not taking enough action to fight climate change.

Earlier on Tuesday’s event, former U.S. Vice President Al Gore called Malpass a “climate denier.” Gore said it was “ridiculous” that Malpass was in charge, and called on the Biden administration to nominate someone new. The former vice president is a frequent critic of the World Bank’s efforts on climate, saying it was “missing in action” last December.

Malpass responded by calling Gore ineffective at Tuesday’s conference. “He may present as a climate person. I don’t know what impact that’s having,” Malpass said.

The Biden administration has also been frustrated at the World Bank’s climate change initiatives. In June, the Financial Times reported that the Treasury Department complained about “specific gaps and room for increased climate ambition” in a letter sent to the World Bank.

The World Bank, in a statement to Bloomberg, said it was the “the largest multilateral funder of climate investments in developing countries.” The development bank provided $31.7 billion for climate financing in the 2022 fiscal year, a record and a 19% increase from the year before.

President Donald Trump nominated Malpass, who was then the Under Secretary of the Treasury for International Affairs, to be President of the World Bank in 2019, to replace outgoing president Jim Yong-Kim. The Bank’s executive board unanimously approved the nomination.

Damage from extreme weather caused by climate change threatens to be a significant drag on the world economy. In April, the U.S. Office of Management and Budget estimated that climate change will lower federal revenue by an average of $2 trillion each year between now and 2022.