Floods and droughts could cost the global economy $5.6 trillion by 2050, report says 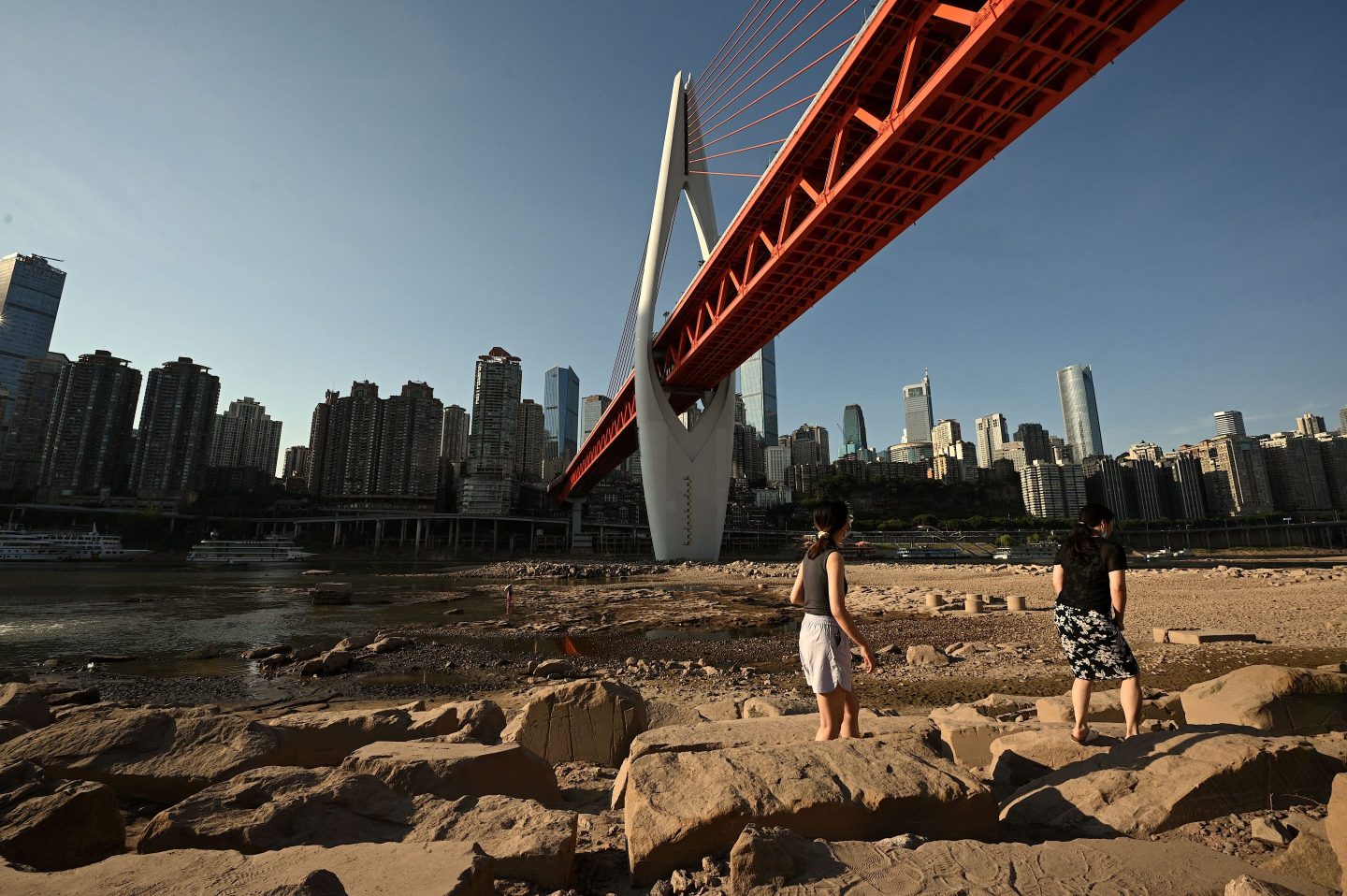 People on the dried-up riverbed of the Jialing River, a tributary of the Yangtze River, in China’s southwestern city of Chongqing on Aug. 24, 2022.
Noel Celis—AFP/Getty Images

It’s been a devastating year for the global economy when it comes to natural disasters.

Flooding in Pakistan has forced millions from their homes and killed over 1,000 people. A deadly heat wave in China is having devastating effects on the country’s economy and supply chains. And the ongoing mega-drought on the West Coast of the U.S. is now the worst in 1,200 years, while another in Europe is impacting everything from coal and nuclear power plants to manufacturers’ supply chains.

Now a new study shows the increasing frequency of water-related natural disasters is a trend that will only continue as climate change rages on over the coming decades. The cost to governments, businesses, and consumers will be severe.

Water-related natural disasters, from floods to droughts, could cause a $5.6 trillion hit to global gross domestic product (GDP) between 2022 and 2050, according to a new study from the professional services firm GHD. That’s quite the rise from the norm over the past 50 years.

Between 1970 and 2021, all natural disasters, not just those related to water, caused $3.64 trillion in losses worldwide, data from the World Meteorological Organization (WMO) shows. GHD’s climatologists predict that over the next 30 years, the U.S. alone could lose more than that—$3.7 trillion—due to only water-related natural disasters.

The study follows an April analysis by the Office of Management and Budget that shows the U.S. federal budget could take a $2 trillion hit annually by 2100 due to the impacts of climate change.

The pessimistic outlook from climatologists also comes on the back of one of the worst years in history as far as natural disasters.

In 2021 alone, natural disasters caused $252 billion of economic damage worldwide, a 47% increase from 2020 and 66% above the average over the past two decades, according to the Emergency Events Database, which is maintained by the Centre for Research on the Epidemiology of Disasters.

A total of 432 catastrophic natural events were recorded last year, which is “considerably higher than the average,” researchers at the Emergency Events Database said in March. For example, there were 223 floods that were classified as natural disasters in 2021, up from an average of just 163 annually from 2001 to 2020.

The increase in the number, duration, and impact of natural disasters isn’t a new trend either. Over the past 50 years, climate and weather-related disasters have surged 400%, the WMO said in September.

“The number of weather, climate, and water extremes [is] increasing and will become more frequent and severe in many parts of the world as a result of climate change,” WMO Secretary-General Petteri Taalas said in a 2021 report. “That means more heat waves, drought, and forest fires such as those we have observed recently in Europe and North America.”