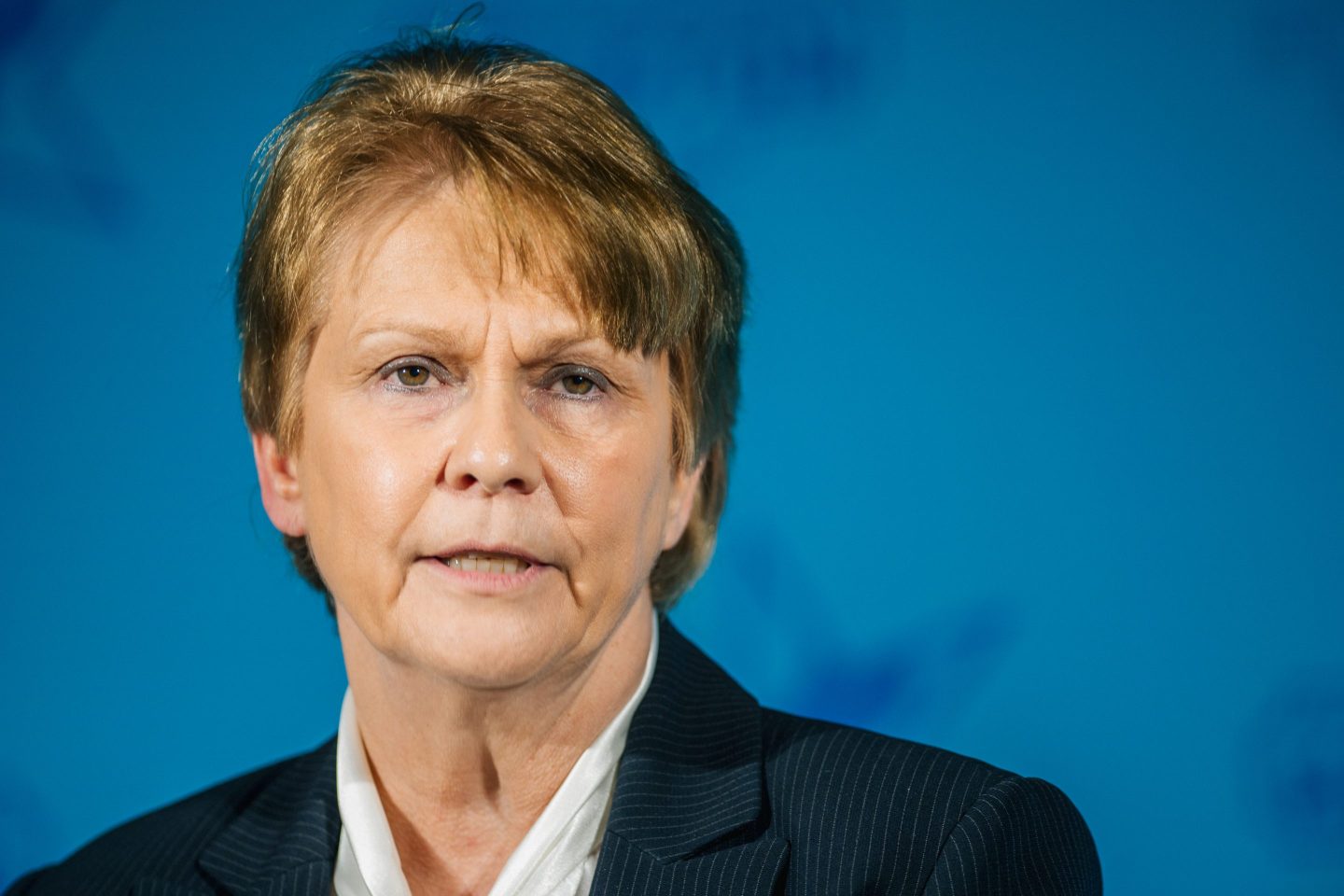 – The Buffett appeal. When Vicki Hollub was appointed CEO of Occidental Petroleum in 2016, she was the first woman to lead a U.S. oil and gas company. Now, six years into her tenure, the company is trying to address climate change by transforming itself into a carbon management business that develops technologies other companies can use to reduce their carbon footprint. “I’m an environmentalist, too. I just happen to be the CEO of an oil and gas company,” she tells Fortune’s special correspondent Susie Gharib.

Occidental Gas’s sustainability plan includes capturing carbon emissions from drilling sites before they enter the atmosphere, while simultaneously reducing existing CO2. Construction on the project is scheduled to begin at the end of this year and is slated to be fully operational by 2024.

Hollub’s leadership has caught the eye of billionaire investor Warren Buffett who has been buying up shares in the company since 2019 when he gave $10 billion to help fund its acquisition of Anadarko Petroleum. In August, Buffett received approval from the Federal Energy Regulatory Commission to purchase up to 50% of Occidental.

“He likes that we are strong in the U.S. [and that] we’re continuing to lower our debt, starting a dividend again—which is a part of our core value proposition—and that we will buy back shares,” Hollub explains to Gharib. “We have multiple ways to return value to shareholders and that’s the kind of company that he likes.”

Buffett was succinct, but unequivocal, in his praise for Hollub back in March, telling CNBC, “She’s running the company the right way.”

Hollub doesn’t just stand out for her Buffett-backed performance as CEO, but also because she’s one of only four women to lead an energy company on the Fortune 500. Having a woman spearhead the decarbonization of the fossil fuel industry is especially pertinent given the gendered impact of climate change. Women have higher poverty rates than men globally and as a result, will have less access to sustainable resources and aid to address the physical and economic damages of climate change-induced natural disasters, according to a United Nations report.

As CEO, Hollub says she’s trying to prioritize environmental responsibility and serve as a role model for the firm’s 11,600 employees. “When you empower them to do the things they’re capable of doing, that’s when you can get the most out of any organization,” she says. “It’s all about trust, and it’s all about respect.”

- Slow and steady. General Motors’ bold effort to push into the electric vehicle market—first announced in 2017—has fallen behind competitors like Ford and Hyundai. But CEO Mary Barra says its slow transformation is deliberate. Bloomberg

- Systemic failure. A new report from the FDA on its investigation of baby formula contamination earlier this year found that a number of “systemic vulnerabilities,” including inadequate protocols and limited authority over manufacturers, affected the agency’s response. The report calls for several improvements like better technology, more staff and training, updated emergency response systems, and a better understanding of the formula industry. CNN

- Outrage in Iran. Antigovernment protests, primarily led by women, broke out in Iran on Monday, following the death of a 22-year-old woman who was in custody for allegedly breaking the country's hijab law. New York Times

- Off the table. Brexit supporters in 2016 argued that the U.K.’s exit from the European Union would open the door for a free trade agreement with the U.S. But Prime Minister Liz Truss admitted, en route to the U.N. General Assembly in New York on Tuesday, that such negotiations with the U.S. are off her agenda for the short to medium term. Financial Times

- Leadership approach. The pandemic puppy boom ushered in big business for animal health company Zoetis. For CEO Kristin Peck, who took over in January 2020, juggling her CEO appointment and motherhood at the start of COVID encouraged her to adopt unique leadership strategies that she says will continue as she manages a majority-millennial and values-driven workforce. “It helped me relate to where my colleagues were and to prioritize what mattered probably faster than I would have expected,” Peck says. Fortune

- Exit calamity. Shares in British media company and Marie Claire publisher Future plunged more than 16%, wiping out over £300 million in market value after CEO Zillah Byng-Thorne announced she intends to retire by the end of 2023. Byng-Thorne joined the company in late 2013 and raised its market value from £30 million to a high of £4.7 billion last year. Guardian

- Caught in the crossfire. Germany is preparing to reactivate coal power plants this winter as it contends with energy shortages stemming from Russia’s war against Ukraine. While the decision is a “hard pill to swallow,” Germany’s special envoy for international climate action Jennifer Morgan said the country still remains committed to phasing out all of its coal-generated power by 2030. Fortune

- Ad spending. Democrats are pouring more money into abortion ad spending than ever, ahead of November’s midterm elections. So far, they've spent over $124 million on ads that mention abortion, compared to $6 million total in 2018. Associated Press

'How many women were abused to make that Tesla?' Rolling Stone

“The more diversity we have, the more display of the possible opportunities we have for the next generation.”