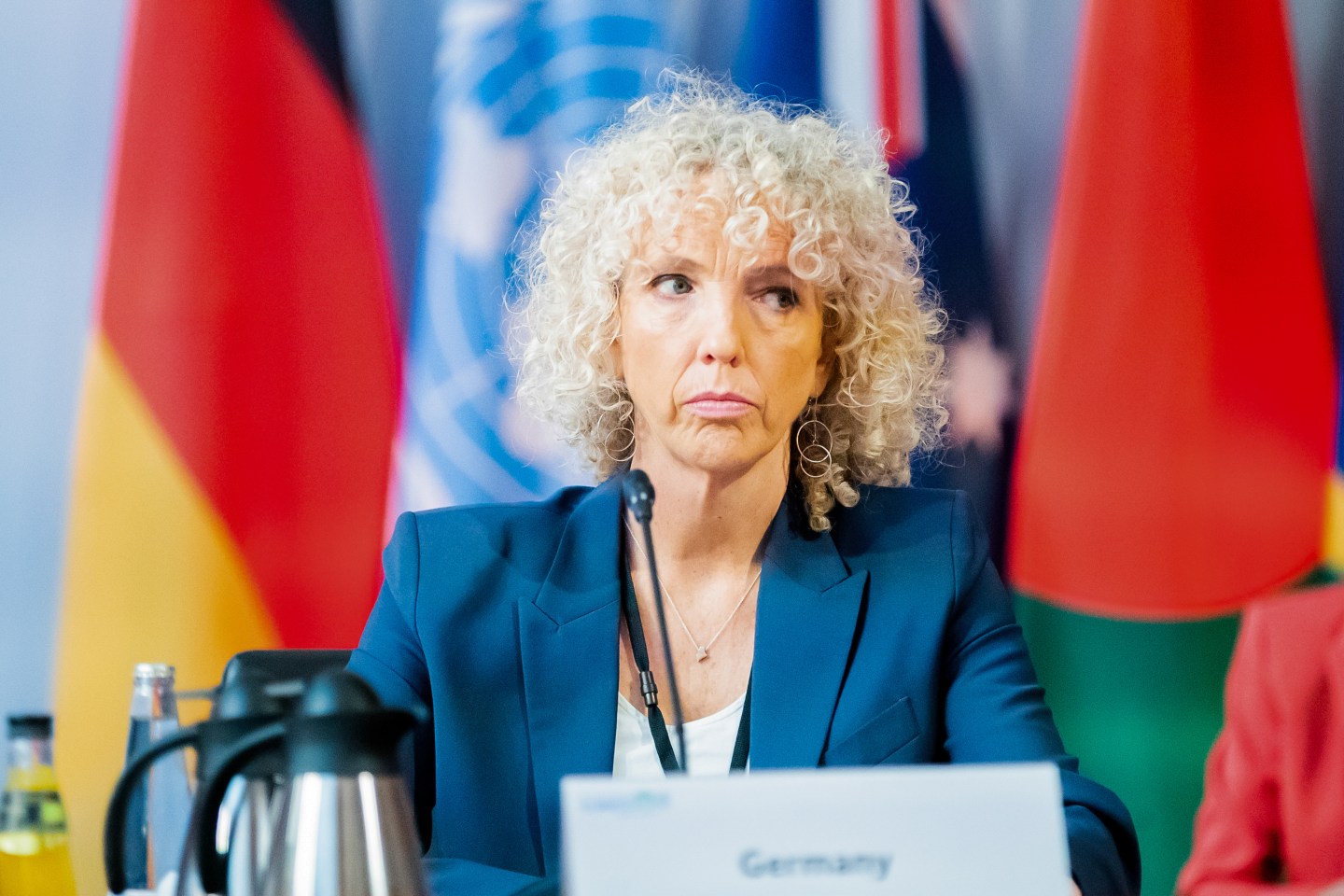 UNITED NATIONS (AP) — Germany remains committed to phasing out coal as a source of power by 2030 even as it reactivates coal-fired power plants, the country’s climate envoy said Monday. Germany says it took the step to get through the coming winter amid energy shortages as a result of Russia’s war in Ukraine.

“We are at a crossroads right now,” Jennifer Morgan said, adding that the war in Ukraine shows how interlinked energy security and independence are with climate security and peace. Morgan spoke with The Associated Press on the sidelines of the U.N. General Assembly.

The U.S.-born former international head of Greenpeace stepped into the role of Germany’s special envoy for international climate action in March. Now a German citizen, she is also state secretary.

Ten months ago, in her role at Greenpeace, she chastised world leaders for being “weak” on phasing down coal rather than phasing it out altogether. More circumspect as a government official, she now says the dirty fuel is bitter medicine that her country is forced to take this winter, echoing the sentiment of the country’s Green party.

“We are in the middle a Russian war of aggression,” she said. “We need to assure that our citizens have enough heat for the winter.”

She said the decision to burn more coal is “a hard pill to swallow.” She did, however, emphasize that the war in Ukraine “has made it ever more clear why we have to phase out fossil fuels.”

European Union countries are spending billions this year on fossil fuel subsidies to offset high prices. The bloc has drawn fierce criticism for including natural gas, a fossil fuel, and nuclear power in a list of sustainable activities. The bloc also signed a deal this year with Egypt and Israel to help with new gas exploration.

In a signal of its intention to do this, Berlin announced last week that it seized Russian state-controlled company Rosneft’s stakes in refineries in Germany under a law allowing the seizure of assets deemed key to national energy supply that are owned by potentially hostile foreign entities, according to risk consultancy Eurasia Group.

Germany had previously seized assets of Russian state-controlled gas firm Gazprom, which has disrupted natural gas deliveries to Germany due to what it says are technical problems — an explanation German officials reject as political maneuvering.

Because of the war in Ukraine, Germany has halted dialogue with Russia and is not having climate conversations with the major energy producer, which is among the five top greenhouse gas emitters.

Historically, the United States, China and the European Union — of which Germany is a weighty member — have emitted 53% of the carbon dioxide in the air since 1959. That greenhouse gas stays in the atmosphere for 100 years, according to the Global Carbon Project, a group of international scientists who track carbon emissions.

In contrast, all of Africa and South America have each emitted just 3% of CO2 in the atmosphere over the same period of time.

Recent devastating flooding in Pakistan and drought in the Horn of Africa, including looming famine in Somalia, have been blamed in part on climate change.

As international executive director of Greenpeace, Morgan had called on holding major greenhouse gas emitting nations to account, and compelling them to foot the bill for the energy transition under the “polluter pays principle.”

In her new role as Germany’s climate envoy, she said the country has been listening to the most vulnerable countries and supports climate financing to assist communities around the world that are grappling with the affects of climate change.

“The world is literally on fire,” she said. “We need to take this very seriously.”