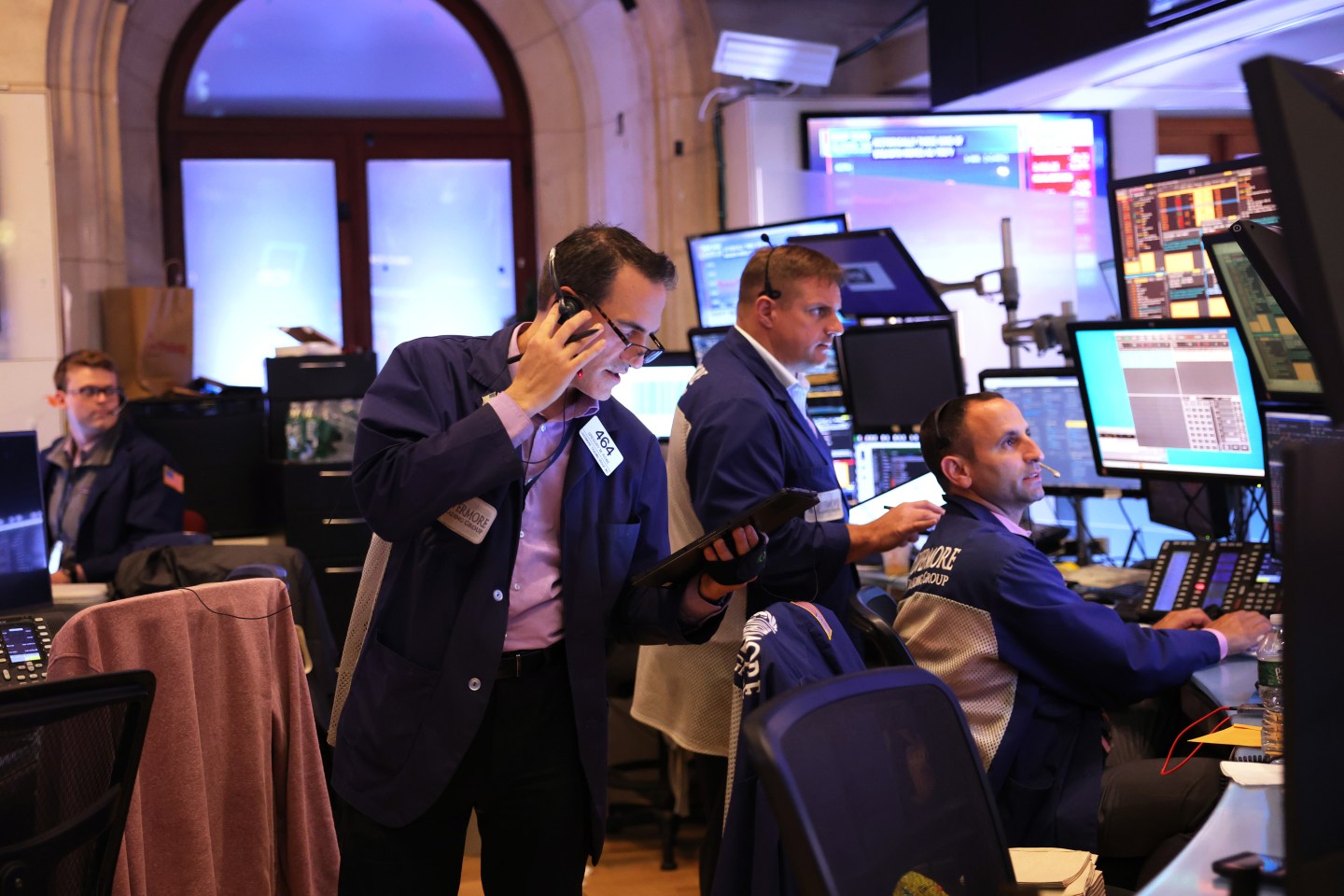 All eyes on the Fed.
Michael M. Santiago—Getty Images

TOKYO (AP) — Global shares mostly declined Wednesday as investors looked ahead to a widely expected interest rate hike by the U.S. Federal Reserve to try to tamp down the highest inflation in decades.

Global tensions are adding to uncertainties. Russian-controlled regions of eastern and southern Ukraine have announced plans to start voting this week to become integral parts of Russia.

The Kremlin-backed efforts to swallow up four regions could set the stage for Moscow to escalate the war against Ukraine. Russian President Vladimir Putin recently blasted what he described as U.S. efforts to preserve its global domination and ordered officials to boost weapons production.

“Asian equities traded in a defensive mode on Wednesday. There were some geopolitical tensions concerning Russia and Ukraine, where the separatists are to hold a referendum in some regions, and traders were expecting an update from Putin,” Anderson Alves at ActivTrades said in a commentary.

Traders are focused on how high the Fed will raise interest rates at its meeting that ends Wednesday, not on whether it will happen.

Bond yields mostly edged higher. The yield on the 10-year Treasury, which influences mortgage rates, rose to 3.56% from 3.52% from late Monday and is trading at its highest levels since 2011.

The yield on the 2-year Treasury, which tends to follow expectations for Fed action, held steady at 3.95%, hovering around its highest levels since 2007.

Stocks have been slumping and Treasury yields rising as the Fed raises the cost of borrowing money in hopes of slowing down the hottest inflation in four decades.

Fed Chair Jerome Powell bluntly warned in a speech last month that the rate hikes would “bring some pain.”

The Fed is expected to raise its key short-term rate by three-quarters of a point for the third time. That would lift its benchmark rate, which affects many consumer and business loans, to a range of 3% to 3.25%, the highest level in 14 years, and up from zero at the start of the year.

Beyond that, investors will be focused on what Powell has to say, both in the Fed’s latest interest rate policy statement and during an afternoon press conference, for clues as to whether the central bank remains primarily focused on lowering inflation, or if there’s a hint the Fed is giving more consideration to the impact of higher rates on the economy.

Wall Street is worried that the rate hikes could go too far in slowing economic growth and push the economy into a recession.

The U.S. isn’t alone in suffering from hot inflation or dealing with the impact of efforts to fight high prices.

The Bank of Japan began a two-day monetary policy meeting Wednesday, although analysts expect the central bank to stick to its easy monetary policy. Rate decisions from Norway, Switzerland and the Bank of England are next.

In energy trading, benchmark U.S. crude rose $2.22 to $86.16 a barrel in electronic trading on the New York Mercantile Exchange. It fell 1.5% Tuesday, weighing down energy stocks. Brent crude, the international standard, added $2.34 to $92.96 a barrel.