To solve the pay gap, employers will first have to close this perception gap 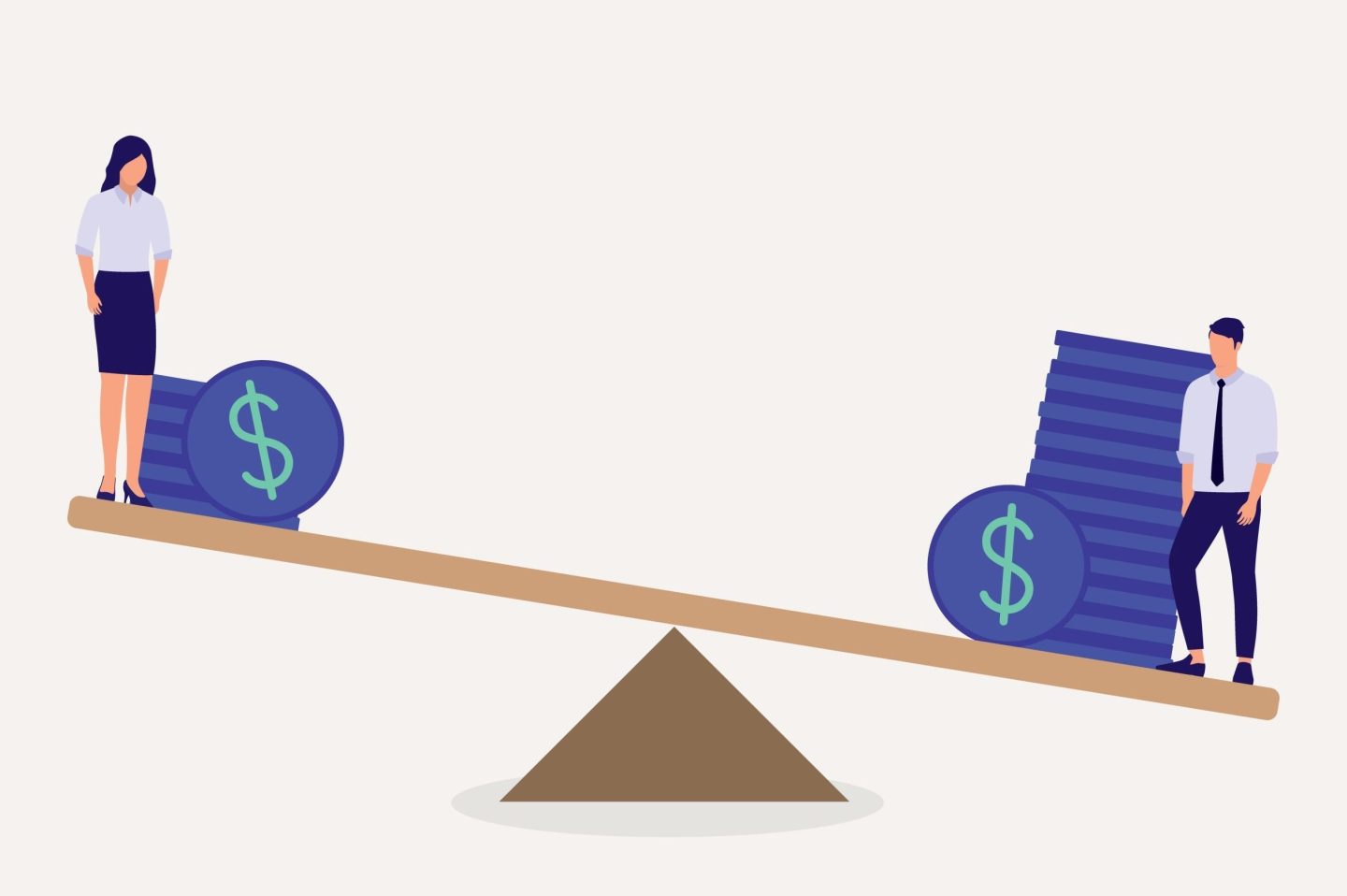 While 74% of executives and 71% of employees consider pay equity to be a priority, only 41% of employees say they believe their employers have successfully done something about it.

Turns out employers and employees do agree on some things. The two factions, which have been butting heads over a host of workplace issues, agree that companies should prioritize pay equity. But they diverge on who should own the issue and how it should be tackled. (Here’s looking at you, CHROs!)

Yesterday, Harvard Business Review Analytic Services, Harvard Business Review’s independent commercial research unit, released a study sponsored by UKG, which reveals a large perception gap between employees and employers on the subject of pay equity. HBR surveyed over 3,000 employees and employers about the state of the pay gap. While 74% of surveyed executives and 71% of employees consider pay equity to be a priority, only 41% of employees say they believe their employers have been very successful in achieving pay equity.

“Companies are approaching [pay equity], if they approach it at all, too myopically,” says Brian Reaves, UKG’s EVP and chief belonging, diversity, and equity officer. “If you just look at the pay gap itself—equity of compensation—it’ll continue to be out of whack because there are three other equities.”

Those other three equity categories, he says, are equity of opportunity, representation, and well-being. Reaves says failing to address these facets of equity ignores the deeply systemic issues at play. The pay gap has remained a deeply-rooted and ever-present problem across sectors. Women make 82 cents on average for every dollar earned by their male counterparts, according to research from PayScale. Intersectionality further complicates the matter, with Black women making just 63 cents per dollar, according to the National Women’s Law Center.

Though leaders and employees seem to have a clearer understanding of the deep disparity, there has been little agreement about who is responsible for solving the problem. Forty-seven percent of executives say that CHROs, followed by CEOs, have primary responsibility for pay equity initiatives, while employees believe the CEO, followed by the senior executive team, and a compensation committee should take ownership.

Reaves says this polarity can be attributed to two things: the belief among employees that pay equity is a business initiative and the outdated perception that HR isn’t a change agent.

Employees tend to attribute business initiatives to the CEO, so it makes sense that if employees think of pay equity as a business imperative, they want the chief executive to be hands-on. “If I’m an employee, I want my CEO to lean in, because I know if the CEO leans in, things get done,” Reaves says.

Fortunately, the perception gap in who can and can’t affect real change can be rectified if CEOs communicate HR’s ownership of this work and show strong support for CHRO-led pay equity initiatives.

Transparency is also a powerful tool, Reaves says. Companies should speak candidly about their equity issues and discuss how they plan to solve them. Almost half (49%) of companies in the survey say they don’t have a well-established pay equity plan, and 46% percent of employers admit they’ve not been transparent with employees on the subject.

UKG is taking a more hands-on approach, Reaves says. “We humbly tell [employees], we’re not perfect. When we see something, we will fix it, but we are on the path,” he says. “That’s what people want to know—that you see it.”

Reaves adds that’s because UKG is still very much on the heels of its merger (Ultimate Software and Kronos merged in 2020 and later rebranded under the name UKG), it is addressing pay equity and perception gaps by creating a cohesive job and salary structure for all employees and scrutinizing its analyses through an intersectional lens.

Companies should think in terms of the “curb-cut effect” when strategizing and, more importantly, communicating equitable workplace policies. Simply put, the curb-cut effect speaks to how creating accessibility for a disenfranchised group inherently helps everyone. For example, employers might work to enhance their parental leave and flexible work policies with women in mind. But it undoubtedly helps men as well, even if they don't outright ask for the policies. Here’s what Bianca Bax, an expert partner at Bain & Company, had to say about this phenomenon.

- Has LinkedIn become too personal? The job site used to be a platform for sharing résumés, but it's recently turned into a place to share, and sometimes overshare, the details of users’ personal lives. New York Times

- A bipartisan bill requiring employers to make accommodations for pregnant women would be the first federal legislation of its kind. CNBC

- Some companies are listing “ghost jobs,” open positions that they don’t intend to fill quickly or even at all. It’s a tactic that can make a company look like it’s growing when it's actually hedging its bets in an uncertain economic climate. Business Insider

- Middle managers used to be considered the paragons of bland corporate cultures. Now, as they find themselves in the senior leader and front-line employee crossfire, they’re being tasked with keeping company culture alive. Financial Times

- Countless employers use phrases like “work-life balance,” “boundaries,” and “flexibility” without ever articulating what they actually mean. Here are a few concrete examples from employers who embody these terms. Wall Street Journal

Remote inflation. Earlier this month, BlackRock CEO Larry Fink claimed that ending remote work would reduce inflation. Gleb Tsipursky, CEO of the future-proofing consultancy Disaster Avoidance Experts, explains in a Fortune commentary why the opposite is true. He argues that remote employees are more productive and willing to accept lower wages as a condition of added flexibility, which ends up decreasing inflation. —Gleb Tsipursky

The pandemic is ‘over.’ President Joe Biden declared the pandemic “over” in an interview with CBS News that aired on Sunday. He also noted that the government is still “doing a lotta work” to ensure there are adequate systems in place to address the lingering effects of COVID. —Nicholas Gordon

Takeback bonus. Honda is asking employees at a Marysville, Ohio, factory to return some of their bonuses after it mistakenly paid them too much. The company says it’s legally entitled to ask employees to repay the extra bonus money and has offered employees the opportunity to pay back in a lump sum or as regular deductions from future paychecks. —Alice Hearing