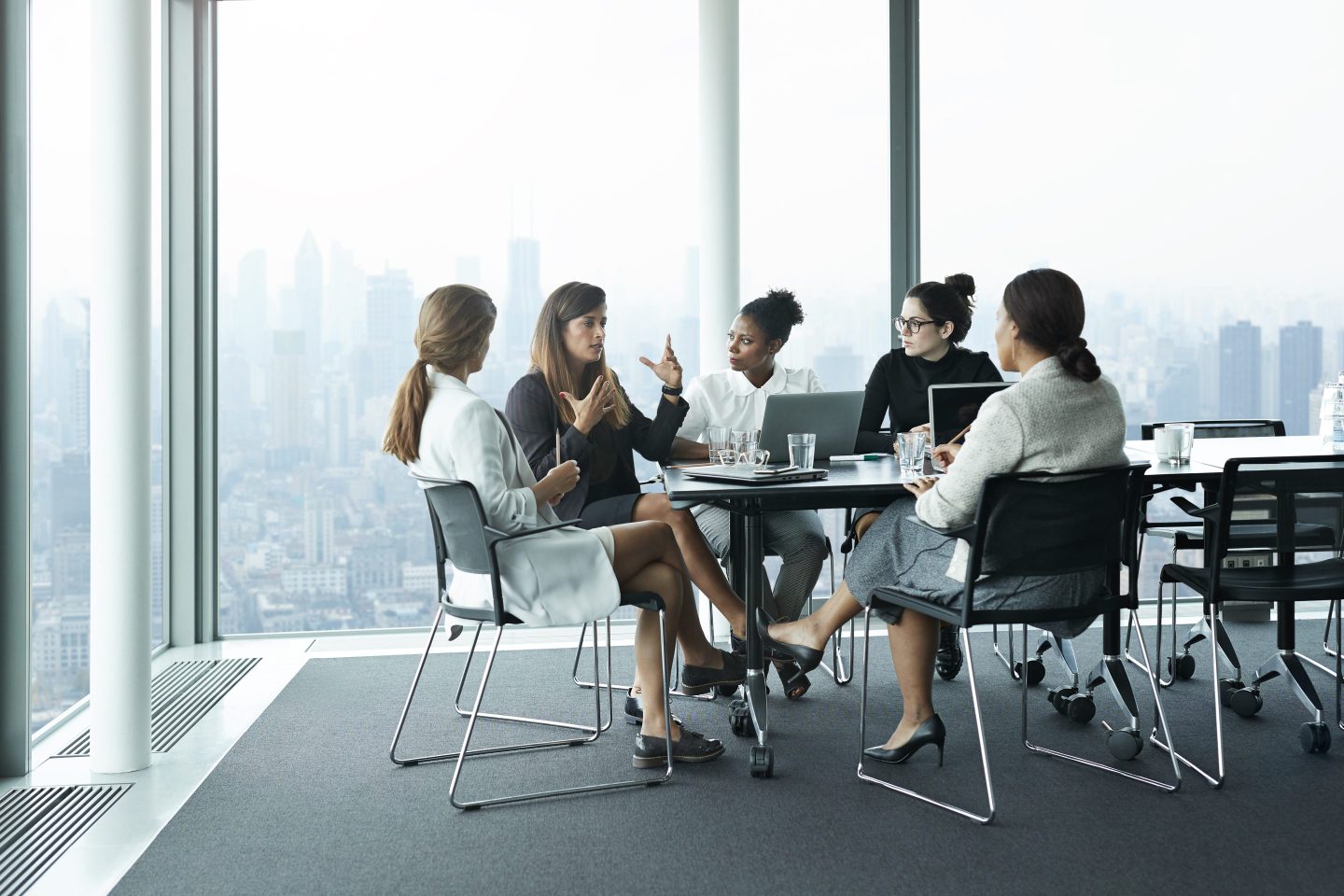 More women have joined the workforce this year.
Getty Images

Last month, U.S. women saw a major gain in labor force participation, with the proportion of women in the workforce between the ages of 25 and 54 finally rising to a pre-pandemic level of almost 75%. For employers looking to fill the stubborn talent gap while making strides on gender representation goals, this news might be cause for celebration. But researchers say such celebration is premature if structures aren’t put in place to ensure women stay in the workforce.

It’s clear that employers still have a long way to go in meeting the basic needs of their female employees. Fewer than 30% of women say they feel included in the workplace, according to a recent report from Bain & Company. This poses a major retention risk, considering a lack of belonging is one of the top reasons employees say they’d leave a company.

Women are also still largely shut out of some of today’s most in-demand and lucrative jobs. They currently hold just 25% of all U.S. computing jobs and 13% of engineering jobs. But representation is just one aspect. There’s also retention.

For Bianca Bax, an expert partner at Bain, inclusion is at the crux of retaining women. “You can recruit as diverse as you want, and you will find people, but the big question is, will you keep them?” she says. “Inclusion matters for people to stay longer, be more productive, and be more of a promoter of your company, which we know has a direct link to business growth.”

Bax spoke with Fortune about the inclusive structures leaders can put in place to help ensure progress on gender equity.

Some have theorized that the current rise in women’s labor force participation may be tied to children returning to school, freeing up women to return to work.

While Bain’s research finds that women and men in the U.S. equally prioritize flexibility at the beginning of their careers, it grows in importance for women and declines for men as they age. Recognizing this imbalance and setting forth policies like parental leave, options to work part-time, and remote-first work arrangements can help deliver on a truly flexible culture.

Bax and her team define a “passport-oriented” culture as one that encourages employees to think about their careers in terms of “exploring different roles, flexible work, and on- and off-ramps,” rather than climbing the proverbial corporate ladder. She says role modeling this practice from the top down is the most effective way to instill such a culture.

Creating sponsorship opportunities at all levels of an organization is also key to advancing women’s career journey and boosting retention. Bax notes that leaders should invest in purposeful sponsorship over mentorship programs—the go-to among HR partners. Sponsorship encourages more active advocacy and promotion of employees, which is another form of intentional inclusion.

“Putting structures in place that help you explicitly include will prevent you from accidentally excluding,” she says.

Earlier this week I (virtually) sat down with Eimear Marrinan, HubSpot’s senior director of culture, to discuss what’s top of mind for her. The answer, like so many in the field, is connection. Here’s how she explains the challenge and how HubSpot is working to solve it:

“One of the biggest things on my mind is connectivity in our hybrid world…We’ve found throughout COVID and afterward that employees are finding it really difficult to connect, both together inside of their teams and to the company. We have a ton of new employees, but there’s also just a lot of communication and stuff happening, and sometimes we don't make it easy for people to [connect]. We're trying to figure out how to make connection a core part of our culture through community, common interests, and a common cause. A lot of our culture programming is going to focus on that for the rest of the year and certainly into next year.”

- Making friends at work helps employees feel more connected to one another, which drives productivity and engagement. The best managers don’t leave this to chance and, instead, actively try to build these connections among teams. HBR

- An employee who led the first Starbucks unionization effort in Buffalo, N.Y., said she is resigning from the company because it failed to accommodate her scheduling requests. The coffee giant says the store was too understaffed to reduce her hours. AP

- New York City has 176,000 fewer jobs than before the pandemic, the slowest recovery of any major American city. The sedated recovery can be attributed to lower levels of international tourism and commuters coming to the city post-pandemic. New York Times

- Hard Rock announced it is earmarking $100 million to provide raises for employees in a bid to address rising inflation. CNBC

10 minutes of dread. Patreon is cutting about 17% of its workforce and closing two offices in Europe. In an odd move, the CEO informed staff of the news in an email, stating that affected employees would be told in the next 10 minutes. That made for an uneasy few minutes in the office. —Priya Anand

Layoff blueprint. Snap recently laid off​​ 20% of its staff, roughly 6,400 employees. Fortune’s Paige McGlauflin breaks down how CEO Evan Spiegel communicated the difficult news with empathy and transparency—and offers learnings for leaders on how to do the same. —Paige McGlauflin

European firms circling. European banks are looking to lure U.S. employees with the promise of remote work. Most U.S. banks have told workers to return to the office five days a week. Meanwhile, all of the top European banks allow employees to work a hybrid schedule. The pressure is on. —Nicholas Comfort