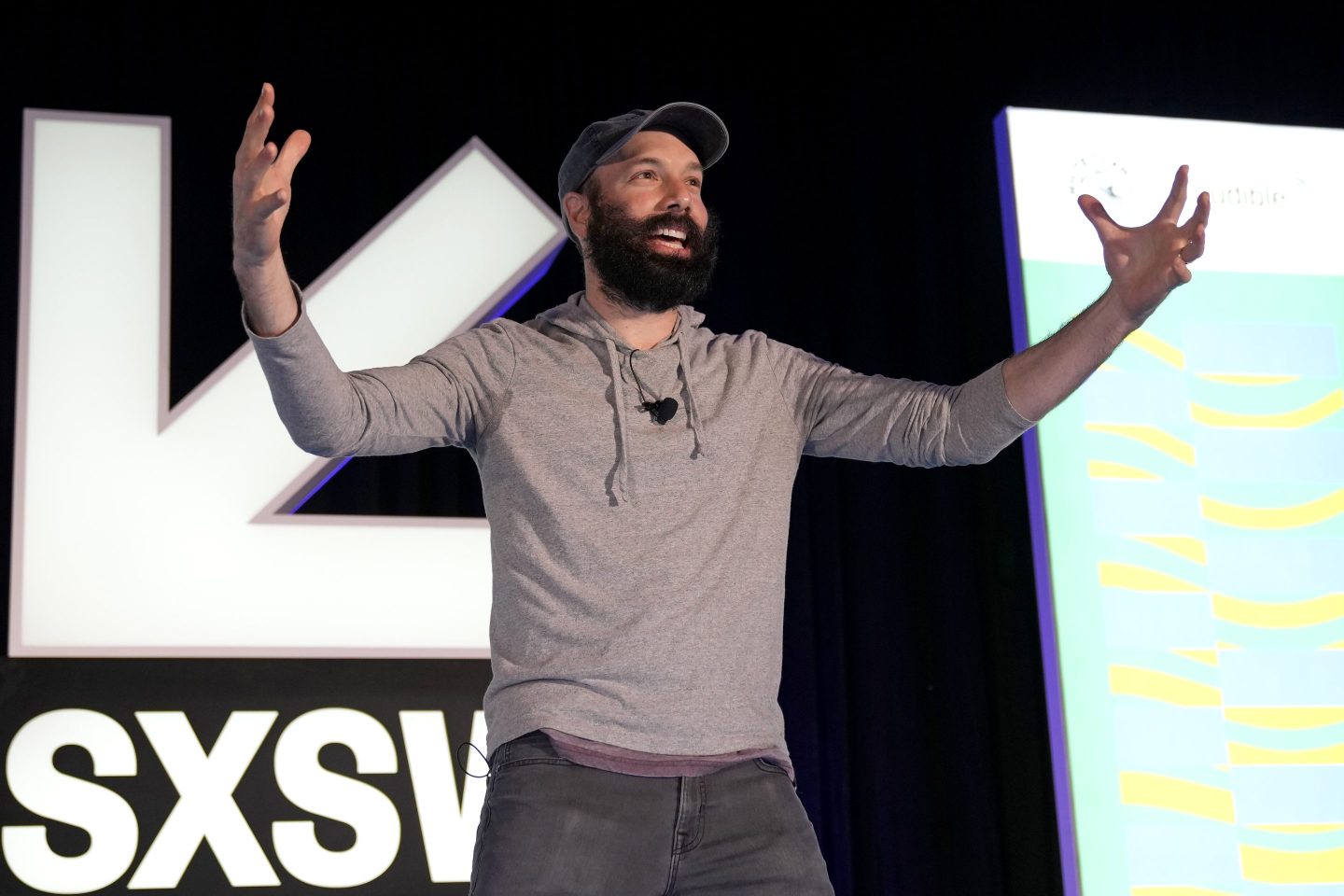 Patreon CEO and co-founder Jack Conte at 'Creating in a Shit Storm' during the 2022 SXSW Conference and Festivals at JW Marriott Austin on March 11, 2022.
Ismael Quintanilla—Getty Images for SXSW

Patreon Inc., which helps entertainers sell their work to subscribers online, is cutting about 17% of staff and closing two offices in Europe.

The cuts will affect 80 employees in operations, finance and other departments, Jack Conte, the chief executive officer, wrote in a statement on Tuesday. The offices set to close are in Dublin and Berlin, he wrote.

Conte blamed changes in the technology industry and the economy over the last nine months. The San Francisco-based company, which is privately held, must cope with a tightened venture capital market that has forced scores of startups to lay off staff.

Companies including the fitness equipment maker Peloton Interactive Inc., meditation app developer Calm and e-commerce company Shopify cut jobs recently, while tech giants Apple Inc. and Alphabet Inc. have indicated they will slow hiring this year. Global funding for startups fell in the last two quarters compared to the preceding three-month periods, according to the research firm CB Insights. More than 600 tech companies have publicly announced staff cuts, affecting more than 78,000 employees, according to Layoffs.fyi, which tracks job cuts in the industry.

In the flurry of layoffs, communication is often a challenge. At Patreon, the CEO warned staff in a memo Tuesday morning that affected employees would see an appointment on their calendar within 10 minutes. “If you don’t receive such a calendar invitation within 10 minutes of my posting this message, your role is not impacted by today’s change,” Conte wrote. The company plans to hold meetings for remaining staffers to ask questions.

Patreon is waiving its usual one-year period for employee equity vesting for departing staffers “so that everyone has an opportunity to be a shareholder, regardless of your tenure.” About a week ago, the company dismissed a handful of employees on its security team. Conte said in the statement on Tuesday that those cuts “stemmed from a different set of reasons from the ones guiding today’s decisions.”