After Fedex CEO flags a ‘worldwide recession’, it’s Ford’s turn to freak out the market with a warning that inflation is a $1 billion problem 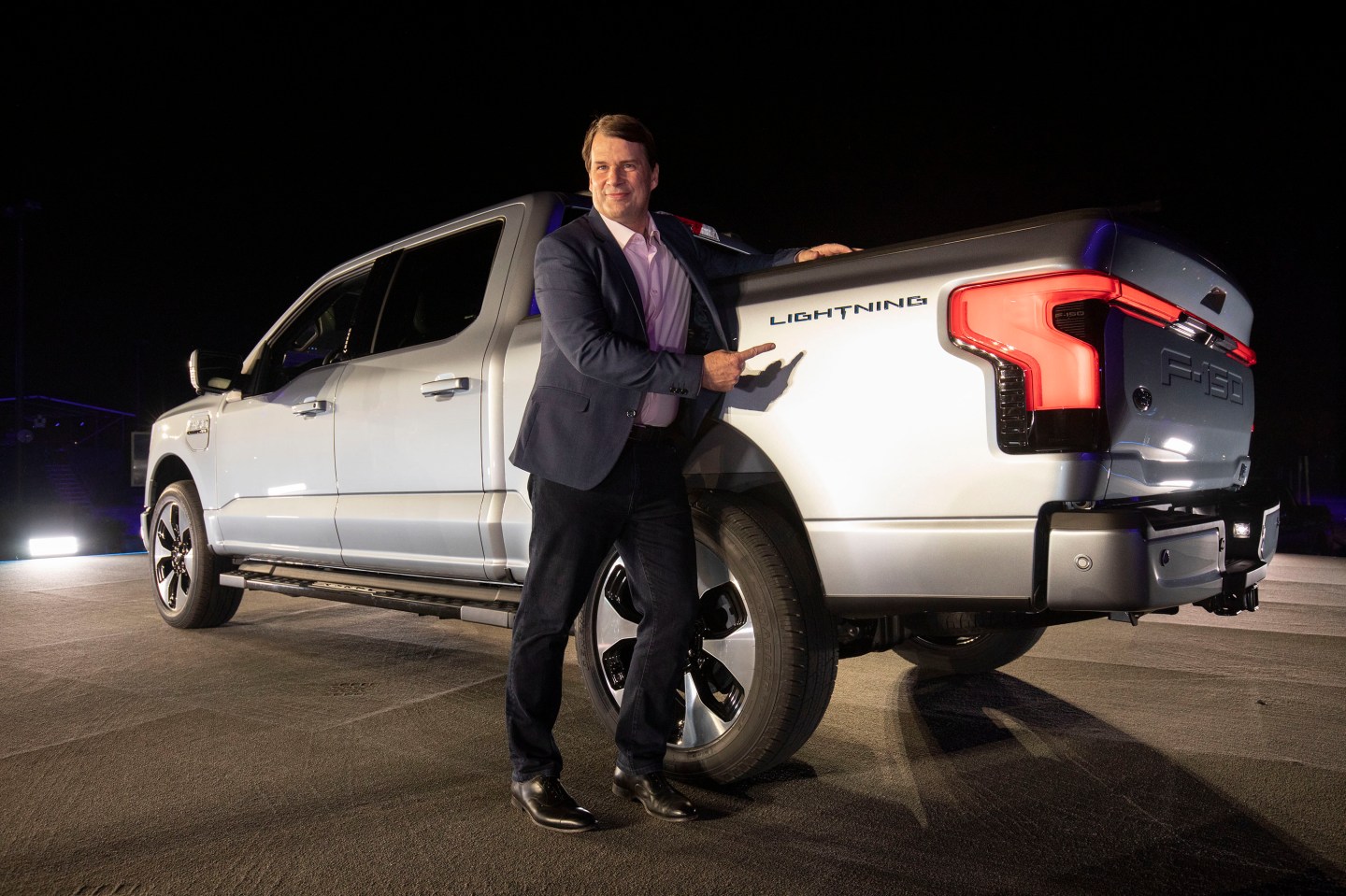 The automaker expects adjusted earnings before interest and taxes in the range of $1.4 billion to $1.7 billion when it reports results next month. The preliminary estimate is well below the $3.7 billion in adjusted EBIT Ford reported last quarter and the $3 billion it earned a year ago. Shortages of key parts will also keep its inventory of half-completed vehicles elevated, according to a statement Monday.

Ford’s shares fell as much as 4.8% to $14.21 in pre-market trading in New York on Tuesday. The stock declined 28% this year through Monday’s close.

The manufacturer is the latest household name to cite economic pressures weighing on operations. From FedEx Corp. to General Electric Co. to McDonald’s Corp., companies are pointing to flagging demand, stubborn supply-chain snags and the growing possibility of a recession.

Ford now anticipates that the number of partially built vehicles — which it described as “largely high-margin trucks and SUVs” — will stand at around 40,000 to 45,000 as of the end of the third quarter, which ends Sept. 30. It expressed confidence that it could complete and sell those vehicles by the end of the year.

Ford said it still expects to earn $11.5 billion to $12.5 billion for the full year, unchanged from its previous forecast. The company will “provide more dimension” about its financial expectations for 2022 along with its quarterly earnings report on Oct. 26.

Still, the inventory issue shows automakers continue to struggle with ongoing parts shortages. Ford’s latest comments echo those of rival General Motors Co., which said in July that was trying to cut down its inventory of partially completed vehicles, which had swelled amid short supplies of semiconductors.