Climate change and the energy crisis are powering the comeback of a 1970s technology now being installed in 40% of new U.S. homes 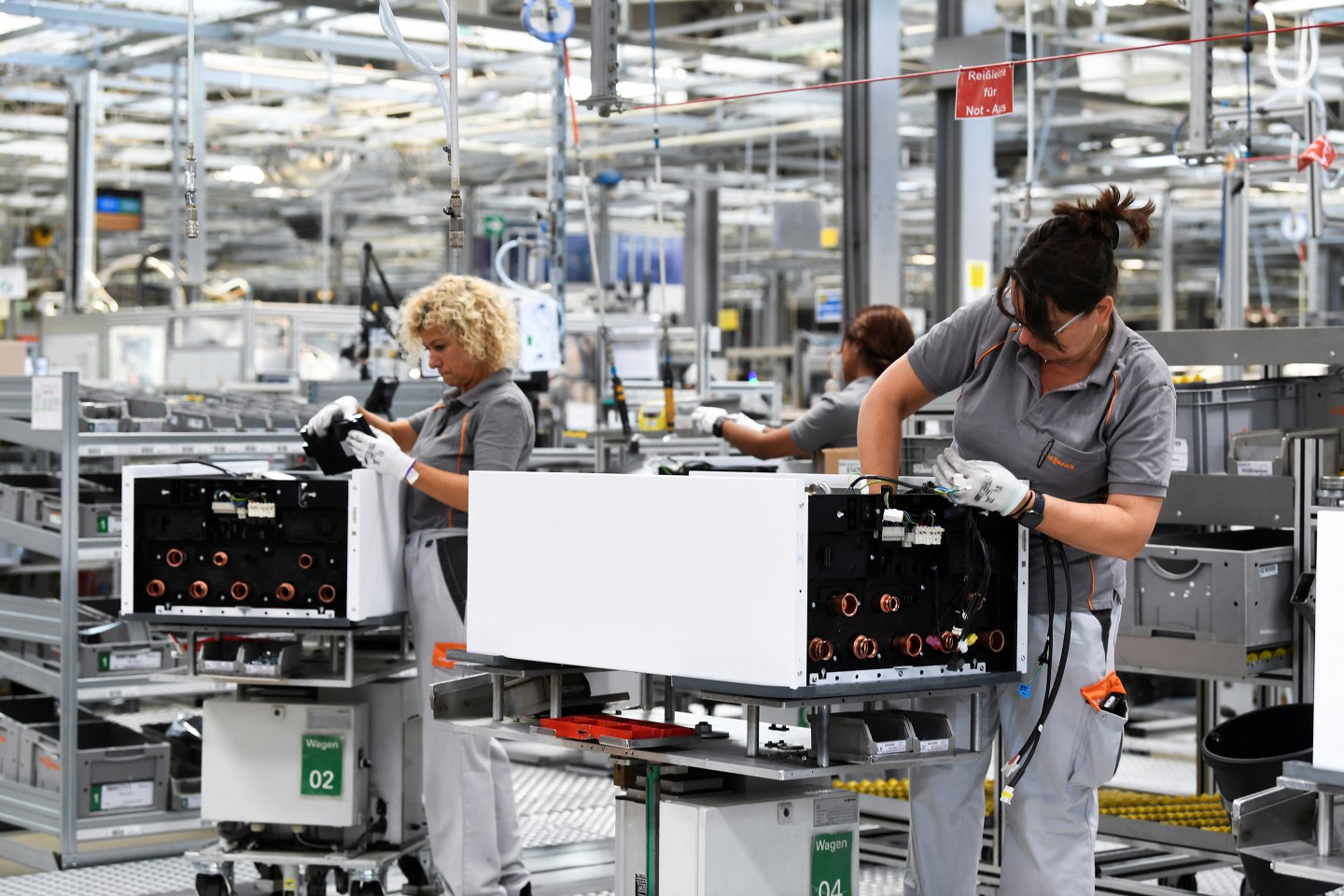 A widespread energy crisis? Rampant inflation? If history rhymes, 2022 is crammed with callbacks to the 1970s. Back then, the double whammy of 1973’s Arab-Israeli war and 1979’s Iranian revolution caused major interruptions to the Middle East’s oil exports, with the ensuing energy crisis feeding Western recessions and alerting many to the need for alternative energy sources.

The crisis marked the coming-of-age for a technology first developed in the mid-19th century: the heat pump, which transfers heat from the ground, water, and air into buildings. Companies raced to invest in these large, nondescript boxes, but then the crisis ended, fossil fuels became cheap again, and the humble heat pump was largely cast aside.

Now, with Russian natural-gas machinations forcing Europe to shutter factories and stare down the barrel of a cold winter, the heat pump is back. And this time around, the cascading climate crisis—which demands rapid adoption of renewable energy sources—means it’s likely to stay.

“The solutions are available,” said Max Viessmann, CEO of the German heating and cooling giant Viessmann. “[Heat pumps] are actually much more advanced than people realize, and they now need to be scaled.”

Heat pump systems, which comprise connected devices outside and inside the buildings they serve, may not be much to look at: Air-source heat pumps, which are the most common type, resemble large air-conditioning units—but they are remarkably efficient.

While a gas-furnace–based heating system is at best 95% efficient—that is, it delivers 95 units of energy for every 100 units it burns—modern heat pumps are upwards of 450% efficient. Put one unit of electrical energy in, to power the system, and you will typically get at least 4.5 units of thermal energy out. And the heat that emerges from the system was already in the atmosphere to start with, unlike the energy you get from fossil fuels.

So it’s not hard to see why nearly half of new multifamily buildings in the U.S. and more than 40% of new single-family homes, are being built with heat pumps, according to a November International Energy Agency (IEA) report. Older buildings can also be retrofitted with heat pumps, though this means knocking a hole in the wall and installing new electrical connections, making it a relatively small part of the market for now. Heat pumps are certainly more expensive to buy than their dirtier counterparts—depending on the property size, they can easily run into the tens of thousands of dollars—but they’re a lot cheaper to operate.

Heat pumps have an added bonus: Most can act as cooling systems as well. Like refrigerators and air conditioners, heat pumps use fluids called refrigerants to transfer heat—they just do it from outside in, rather than inside out. Reverse the system, as is possible with most air- and water-source heat pumps, and you can lop as much as 5°C off indoor temperatures, according to the German Heat Pump Association. That’s a big selling point in a relatively temperate region like Europe, where AC is rare but heat waves are becoming more common and extreme.

Cue a fresh flood of investment.

Viessmann, a 105-year-old business, recently announced a $1 billion investment into heat pumps and other green products over the next three years.

The firm is a classic example of a Mittelstand midsize family business, a category that forms the backbone of the economy in Germany—a country that’s racing to respond to both rapid climate change and an existential energy crisis. Max represents the fourth generation of his clan to lead the $3.4 billion company. Viessmann introduced its first heat pump in 1979, only to mothball the technology after that energy crisis faded. But it got back into the heat pump business a couple decades ago, and last year it held around 15% of the German market.

Now Viessmann needs to defend its position as one of the country’s market leaders as its rivals sink more money into heat pump technology.

Stiebel Eltron, a 98-year-old heating firm, got into the heat pump business in the 1970s and stuck with it despite the technology becoming a big money loser until relatively recently. The company boosted heat pump production by 60% over the past year to meet demand. It’s now one of Europe’s top five heat pump manufacturers and last month announced a fresh $600 million investment in heat pump production and R&D over the next five years.

“In a world where no one thought twice about using gas and emitting loads of CO2, it’s difficult to sell something that’s more expensive, where the benefit is emitting less CO2,” said managing director Kai Schiefelbein. “We are in the situation today where the heat pump market in Europe is growing rapidly, mainly due to climate protection.”

Indeed, while the Ukraine crisis has prompted a sudden spike in demand for heat pumps this year—leaving many buyers waiting months for their new heat pumps—German demand had already been rising sharply since 2019, when the government boosted subsidies as it scrambled to meet its climate goals.

Globally, the heating, cooling, and powering of buildings account for over a quarter of greenhouse gas emissions. And according to the government-backed organization Climate Transparency, Germany’s per capita building-related carbon emissions were 56% above the G20 average in 2020, largely thanks to the widespread use of gas and oil for heating buildings. That made heating, along with transportation, a top priority for lawmakers.

That wasn’t a big blow to the heat pump sector, because the government also ended subsidies for gas-fired boilers—still the most popular means of heating buildings—and oil-based heating systems. It promised to introduce a law that will demand all new heating system installations take at least 65% of their energy from renewable sources.

“For the industry to be able to plan and have security in their planning, it’s very important that this is specified in law,” said Katja Weinhold, communications chief at the German Heat Pump Association. “This would send out an important signal that the standard case in Germany would no longer be the installation of a gas boiler but the electric heat pump.”

The 65% rule isn’t yet set in stone, and it’s just one of several uncertainties worrying the heat pump industry right now.

One immediate problem, especially given the sharp rise in demand for heat pumps, is the ongoing global chip shortage. “Microchips and especially processors are very difficult to get at the moment,” said Stiebel Eltron’s Schiefelbein. “Chips are primarily being allocated to the automotive industry,” said Max Viessmann. “Do we need more cars, or do we need more heat pumps to make our households and industrial processes become independent [of fossil fuels]?”

Lars Ivar Nitter Havro, a senior analyst at Rystad Energy—who expects to see a global sevenfold increase in demand for heat pumps by 2050—said chip supply chains were still “feeling some of the aftermath” of COVID lockdowns. But he also warned of possible future problems, owing to deteriorating relations between China and Taiwan (the former supplies the latter’s chip industry with crucial materials) and Russia’s war in Ukraine pausing Ukrainian production of noble gases (also crucial to chip production).

Another major source of uncertainty concerns the refrigerants that make heat pumps work. Currently, these tend to be so-called F-gases such as hydrofluorocarbons, which somewhat ironically have a global-warming potential as much as 1,700 times that of CO2—if they leak out of the system.

Europe will likely order a phaseout of these substances later this year, putting the heat pump industry in a bind. Some companies have already started turning to natural, more climate-friendly alternatives—some of Viessmann’s products use propane, for example—but many fear that a too-quick transition could lead to strangling the heat pump market at a time when it is most needed.

“The influence of the refrigerant on the climate is very small compared to the energy efficiency gains,” argued Schiefelbein. “Of course, everyone wants to have natural refrigerants in the heat pumps like propane, but if we phase out hydrofluorocarbons too quickly we will just reduce the speed of the growth of the whole heat pump market…A lot of products cannot be done with natural refrigerants today. I personally propose that if someone develops a new heat pump and puts it into the market for the first time, then [the rules can say] it must have a natural refrigerant.”

There are other issues around finding enough skilled workers to install heat pumps and, crucially, ensuring homes are well-enough insulated to reap the full benefits of having them installed. The question of how strongly people should be compelled to install them also remains open. Max Viessmann warned that an excessively heavy-handed approach in Germany could lead to “a yellow vest movement like we’ve seen in France”—a reference to a popular uprising that was sparked by high energy prices.

But the green benefits of heat pumps are clear, and policymakers across the world are embracing the technology. For example, the U.S., which already accounts for half the market, is further incentivizing the installation of heat pumps through subsidies featured in the Inflation Reduction Act.

As with electric cars, heat pumps show that much of the technology the world need to fight the climate crisis is already here—it’s just a matter of making it the default.

Clarification, September 15, 2022: This article has been updated to clarify the cooling potential of heat pumps.