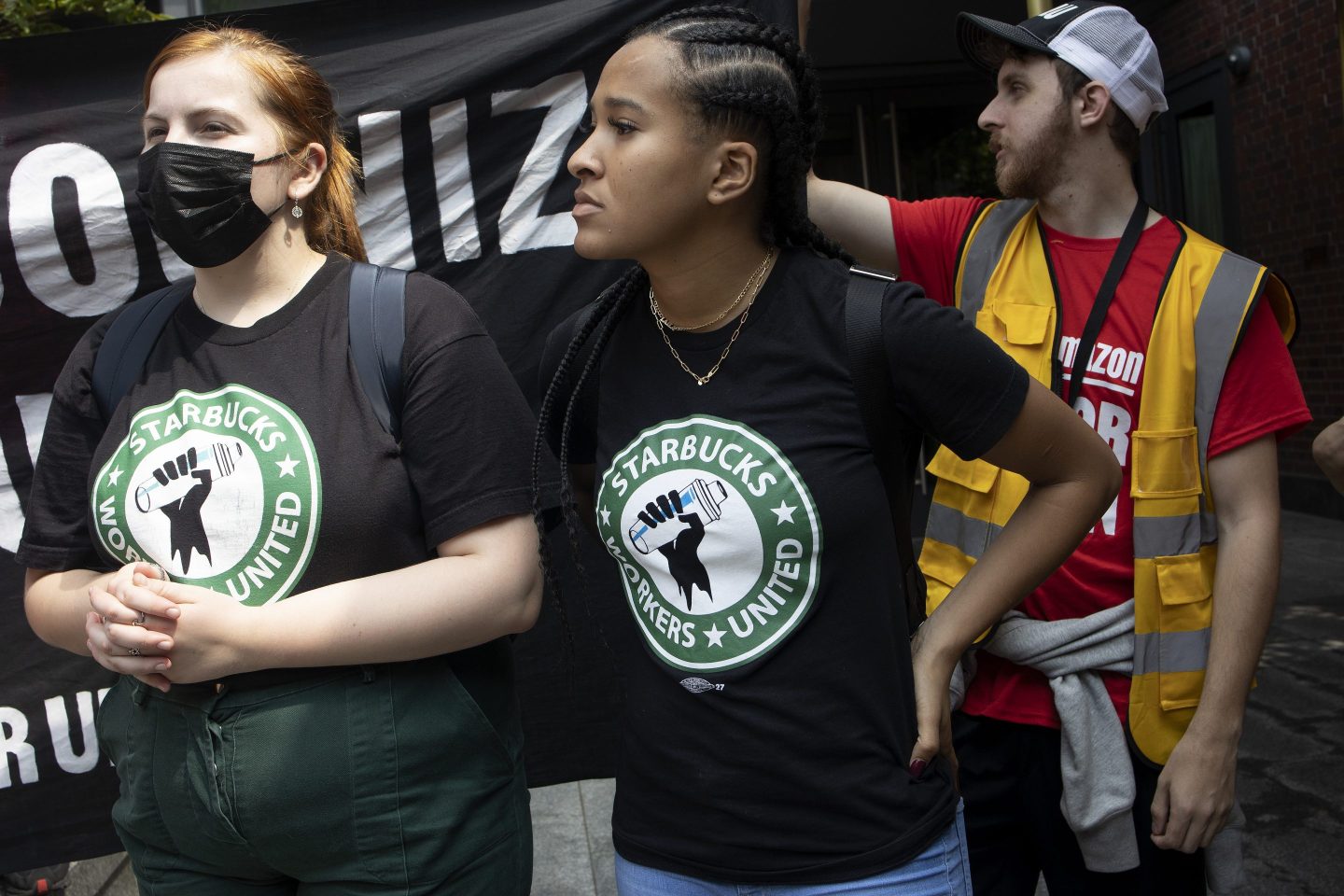 Starbucks employees across the country have long enjoyed more benefits than the average service worker.

The company offers retirement planning options and mental health resources. A decade ago, it expanded its health plan to cover gender reassignment surgery for trans employees.

On Monday, the coffee giant announced a slate of new benefits focused on improving the financial well-being of its workers. And while the vast majority of employees will be eligible, a notable portion won’t: those who work at stores that have unionized. The first Starbucks location voted to unionize in December of last year. Since then, other notable unionization movements have emerged at other major American companies, including REI, Amazon, and Trader Joe’s.

Since last December, Starbucks has been grappling with a unionization movement at stores across the country. Now, over 200 locations have unionized, with others continuing to file petitions to vote. Several thousand workers are now union members.

The company has remained steadfast in its opposition to unionization throughout the process, arguing that the unions will get in the way of the company’s direct relationship with its workers.

The new benefits include a new savings plan option along with a student loan management program that comes with tools like individual coaching on loan repayment.

“We’ve heard from our partners and know that pressures of inflation, in addition to debt and savings, are weighing heavily on them,” said Ron Crawford, senior vice president of total rewards for Starbucks, in a press release on Monday. “Providing industry-leading benefits for our partners is a cornerstone of who we are as a company.”

Starbucks’ current interim CEO Howard Schultz first hinted at plans to expand benefits earlier this year during an online forum with store leaders. During the meeting, he said that new benefits couldn’t be extended to unionized employees per U.S. labor law requirements that employers negotiate pay and benefits separately with unionized workers.

Workers United, the union seeking to represent Starbucks workers, told Fortune on Tuesday that the company’s decision to not extend the new benefits unilaterally stands on tenuous legal ground, especially after the National Labor Relations Board issued a statement recently that Starbucks’ presentation of expanded benefits only available to non-union employees infringes on the National Labor Relations Act, America’s cornerstone of labor legislation.

“The NLRB recently issued an official complaint against Starbucks alleging that withholding new benefits from unionized workers is illegal,” said a spokesperson from Workers United in a statement to Fortune. “For Starbucks to claim otherwise is simply a lie and blatantly disregarding federal labor law.”

Starbucks did not immediately respond to Fortune’s request for comment.