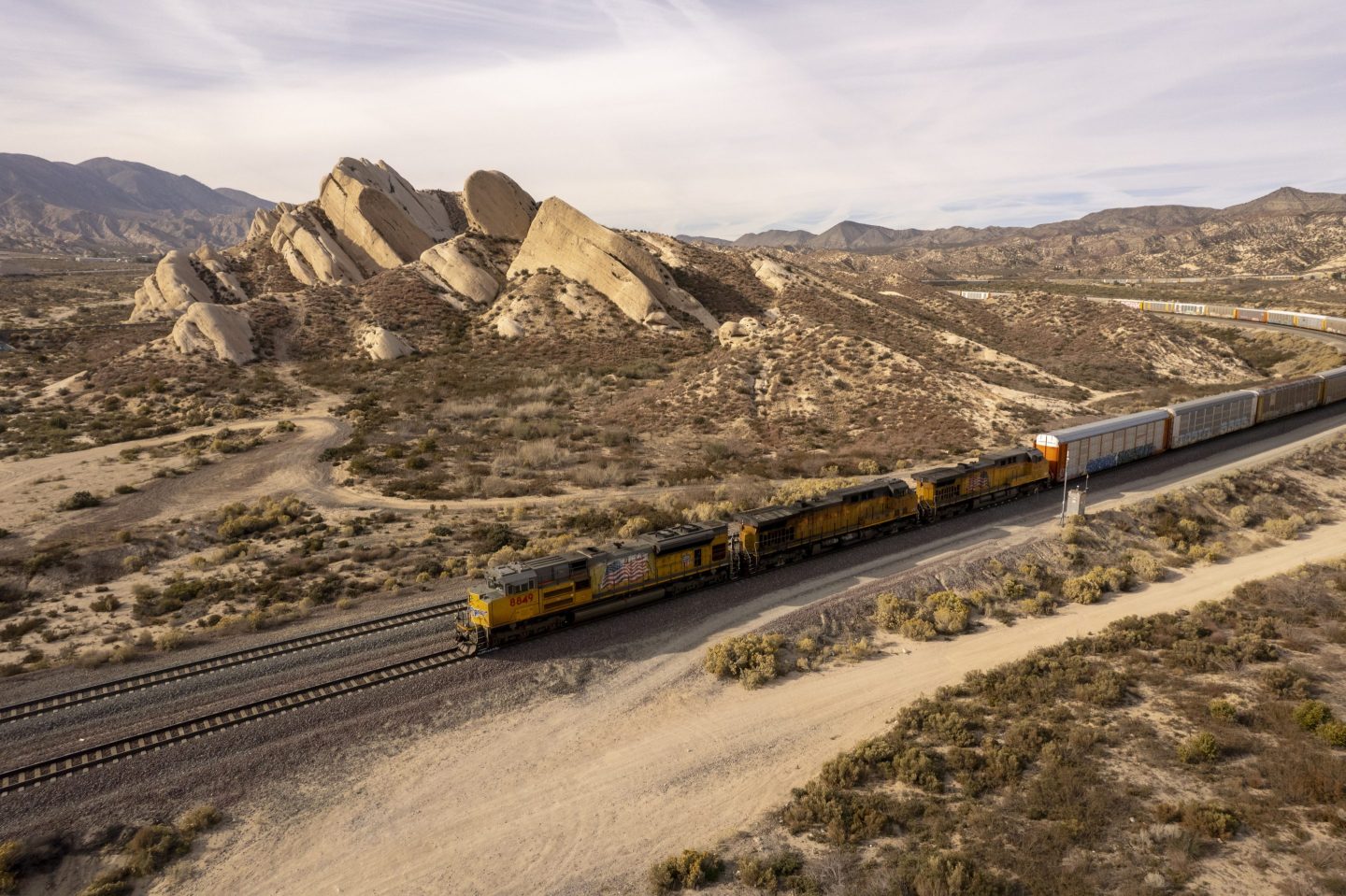 Rail workers may go on strike this Friday, potentially sparking the next big disruption to the U.S. supply chain.
Kyle Grillot—Bloomberg/Getty Images

Biden officials are scrambling to prevent a freight rail stoppage that could be the next big threat to the U.S. supply chain.

If rail operators and unions don’t reach a deal by 12:01 a.m. ET on Friday, about 60,000 rail workers will go on strike. That disruption could cost the U.S. $2 billion per day, according to the Association of American Railroads, an industry trade group representing major freight rail operators. On Monday, the U.S. Department of Labor called a freight rail stoppage “an unacceptable outcome for our economy and the American people.”

But rail operators are already taking measures to lower their workload owing to the possible strike. Both CSX and Union Pacific have said they would stop shipping hazardous materials, arguing that a lack of staff could force operators to leave such materials unsecured or unattended in violation of U.S. regulations.

Freight rail carries 30% of U.S. goods, and so halted freight shipments could further disrupt the already strained U.S. supply chain. U.S. ports have struggled to process a record level of imports caused by a pandemic-driven boom in e-commerce. Disruptions in China such as COVID lockdowns and a record heat wave are also disrupting manufacturing and delaying shipments.

The freight rail strike might even halt some U.S. passenger traffic. Amtrak on Monday said that it would suspend some long-haul routes as a result of the potential rail stoppage. Private rail operators own and maintain almost all of the tracks used by Amtrak.

The White House blocked a potential rail strike in July, starting a 90-day “cooling off” period for further negotiations, which expires on Friday. The Biden administration also established an arbitration board to help reach a deal between operators and unions. In August, the board announced a package of pay increases which, as of Tuesday, all but two unions have tentatively accepted.

The holdouts, mostly representing employees who work on the trains themselves, rejected the recommendations and criticized rail operators for trying to pressure labor negotiators into accepting a deal. On Sunday, the International Association of Sheet Metal, Air, Rail, and Transportation Workers (SMART) and the Brotherhood of Locomotive Engineers and Trainmen (BLET), the remaining two unions that have yet to tentatively accept a deal, said rail operators were engaging in “what can only be described as corporate terrorism.”

One of the biggest sticking points is sick leave. The currently proposed contract does not offer any sick days, and preserves policies that punish workers for taking unscheduled time off in the case of an emergency. “Penalizing engineers and conductors for getting sick or going to a doctor’s visit with termination must be stopped as part of this contract settlement,” said BLET and SMART on Sunday.

A wave of labor action

Washington might get more involved in the dispute as the Friday deadline nears. Congress has regularly intervened to end rail strikes, most recently in 1992. “There is a role for Congress if in fact [operators and unions] fail to reach an agreement,” U.S. House Majority Leader Steny Hoyer (D-Md.) told Bloomberg on Monday.

The U.S. is confronting a wave of labor action as workers demand higher wages and better working conditions amid a tight U.S. labor market. More Americans now see unions favorably than at any point since 1965, with approval ratings at 71%. On Monday, 15,000 nurses in Minnesota went on strike to protest slow negotiations with their employers regarding a new contract.

The U.S. is not the only country to grapple with a rail strike. European rail workers have gone on strike throughout the summer to demand higher pay and better working conditions, disrupting passenger services in countries like the Netherlands. But one country where commuters may get a reprieve is the U.K., where rail unions called off a planned strike in order to mark the death of Queen Elizabeth II.