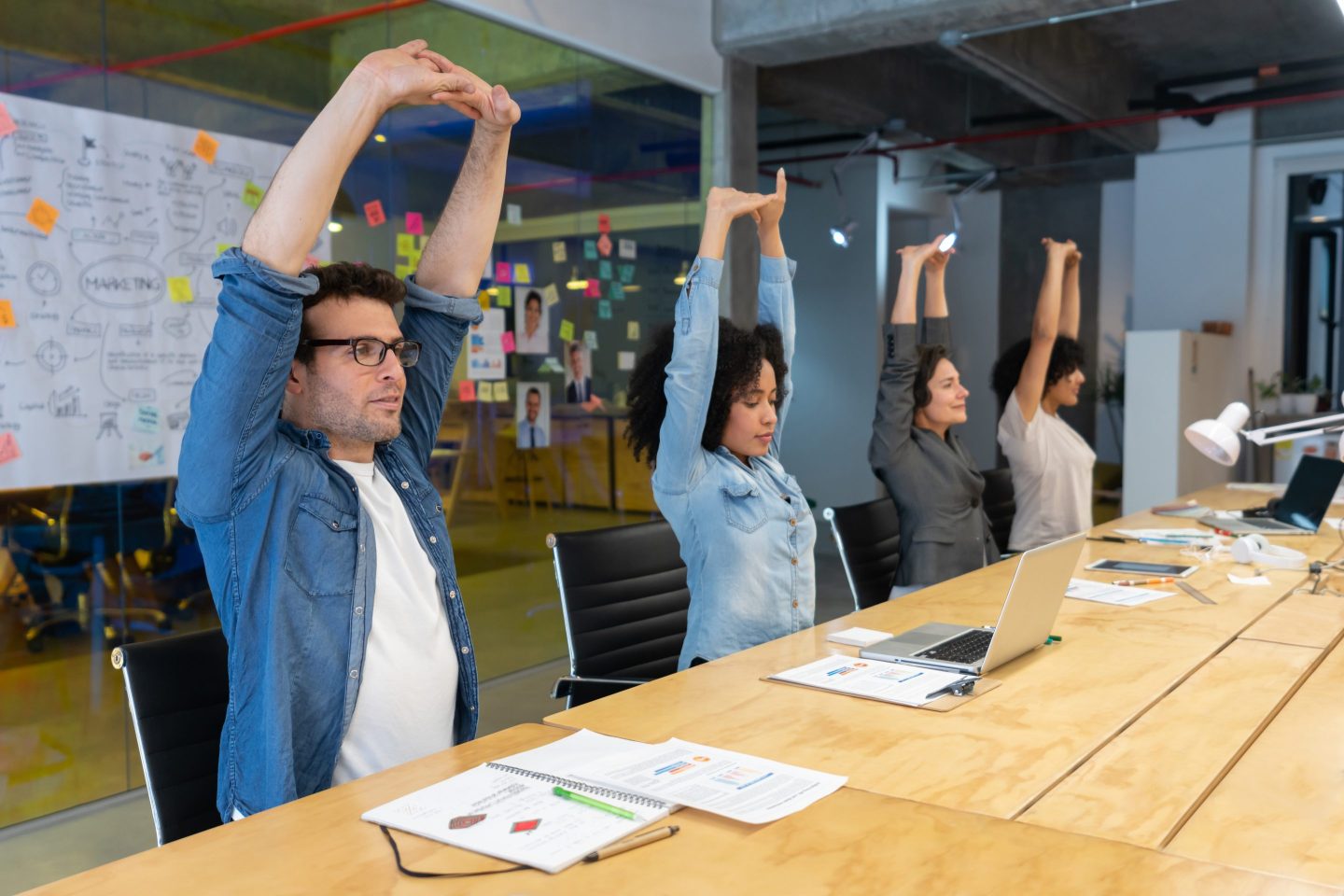 Mars is training its employees in energy management to boost engagement and focus.
GETTY IMAGES

An HR buzzword I’ve been hearing more regularly when speaking with leaders is “energy.” I’m not hyperbolizing when I say that over the span of two weeks I’ve heard the word mentioned on at least three separate occasions. While one might be tempted to brush it off as some newfangled, woo-woo HR lingo, dig a little deeper and you’ll find that energy management has become a very real part of a new push to help solve burnout and disengagement in the workplace.

Managing employee energy has been at the top of Cathryn Gunther’s list ever since she joined Mars as its global head of associate health and well-being almost two years ago. But what exactly is energy management? Some describe it as the ability to motivate employees to work efficiently, make critical decisions quickly, think creatively, and remain focused.

At Mars, Gunther has been running a training program coined “Energy for Life” that targets this very issue. She spoke with Fortune about why employee energy and resiliency have become a greater focus in the field of HR and what energy management looks like at the manufacturing company.

Fortune: You don’t often hear about “energy” in the context of employees. Can you explain what that means for Mars and how this focus came about?

Mars is really distinguished in the way it uses energy as an output of holistic health. We know that when people are fully energized, they’re physically engaged, they’re mentally focused, they maintain a more positive mindset, and they tend to be more purposeful in their lives.

At Mars, there’s an intentional focus on both individual and team energy…because the data we have on our population shows that if an associate is fully energized, it actually translates to more engagement at work; and more engagement translates to more productivity and higher performance. We also understand that not only do highly energized associates create a more productive workforce, but they’re also more apt to stay with Mars. And managers who have high degrees of energy, have more engaged teams.

We’ve looked at the data and we’ve done the analysis and we know that these correlations are legitimate.

What are you doing to help increase energy among managers and employees?

Our signature program is called “Energy for Life,” and it came from the Johnson & Johnson Human Performance Institute. We’ve obviously customized it, but it’s a program where associates really stop and think about what their purpose is in life. It teaches how to build energy management practices across four domains—physical, mental, emotional, and spiritual—to equip them with the skills and life habits to be able to bring their best selves to work.

The program has classes of 20 to 30 people, and we love to do it within teams so that they go through the experience together and walk away with a plan and a better understanding of the changes they could make within their daily work environment to support one another.

What share of employees have gone through the program?

We have trained about 6% of [our workers] so far. We try to focus on line managers so that they can then bring the program to their own teams. It’s also a significant time investment of eight hours, so we have versions that we’re customizing for different populations within our organization because it’s hard to take people off a manufacturing line for eight hours.

We also have programs that address energy and resilience, which you can take as an individual or with teams, that are a little bit shorter in duration and easier to [fit] into the workflow.

As more employees head back to the office after Labor Day, I’ve been thinking about the workers who wish to remain at home. It’s been well documented that underrepresented employees, especially Black workers, prefer to work remotely. This week, I listened to an interview with DEI consultant Tiffany Jana on the Wall Street Journal’s As We Work podcast about why underrepresented workers believe remote work is most beneficial for their careers.

I was struck by one question in particular. The interviewer asked whether allowing minority groups to work from home lets companies off the hook for dealing with diversity issues. Jana suggested that worrying about such consequences ignored the root issue.

“Until companies actually show up and do much better by listening to what people actually need, I don't think that that's the worst thing in the world. I would rather see people who are equity seeking, thriving in an environment of their own creation than continuing to be abused in the context of the workplace. And that's exactly what's happening. Allowing people's colleagues to micro-aggress them, to initiate subtle acts of exclusion, and failing to have any consequences for that is tantamount to corporate abuse."

- Amazon’s labor unions have spread overseas. A group of delivery drivers in Japan formed a union to protest unreasonable routes that they allege take longer to complete. Bloomberg

- Some companies are holding on to more staff than they’d like to avoid paying the cost of rehiring and retraining new employees further down the line. The strategy is called “labor hoarding," and it's meant to help keep costs low after a recession. Inc.

- The National Labor Review Board is considering a new law that would hold parent companies liable for labor law violations committed by their franchisees in an attempt to create better working conditions for employees. New York Times

- A city in Minnesota has an employment rate of just 1.8%. Employers are having such a hard time filling open jobs that they’re flying in workers from around the country. Washington Post

Goldman Sachs appointed Jacqueline Arthur to lead human resources at the bank. She currently serves as the bank’s chief operating and strategy officer of the HR division. Druva Inc. appointed Tom Brown as its new chief human resources officer. Prior to joining the data management software company, Brown was the vice president of global human resources at Coupa.

Raising the bar. Employees who switched jobs earned raises more than double those who didn’t, according to a survey by ADP. The median raise for job switchers was 16.1%, compared to 7.6% for those who stayed put. —Chloe Berger

Ladies first. The U.S. labor force has lost over a million women since the beginning of the pandemic, meaning that the unemployment rate for women is 4.6%, or 1.1 percentage points higher than the overall July unemployment rate of 3.5%, writes Katica Roy, CEO of Pipeline. —Katica Roy

The 10-minute interview. Hiring has been tough in the current labor market and long interview processes hardly make it easier. To speed things up, a liquor store chain in Australia is offering candidates 10-minute, on-the-spot interviews. —Chloe Taylor