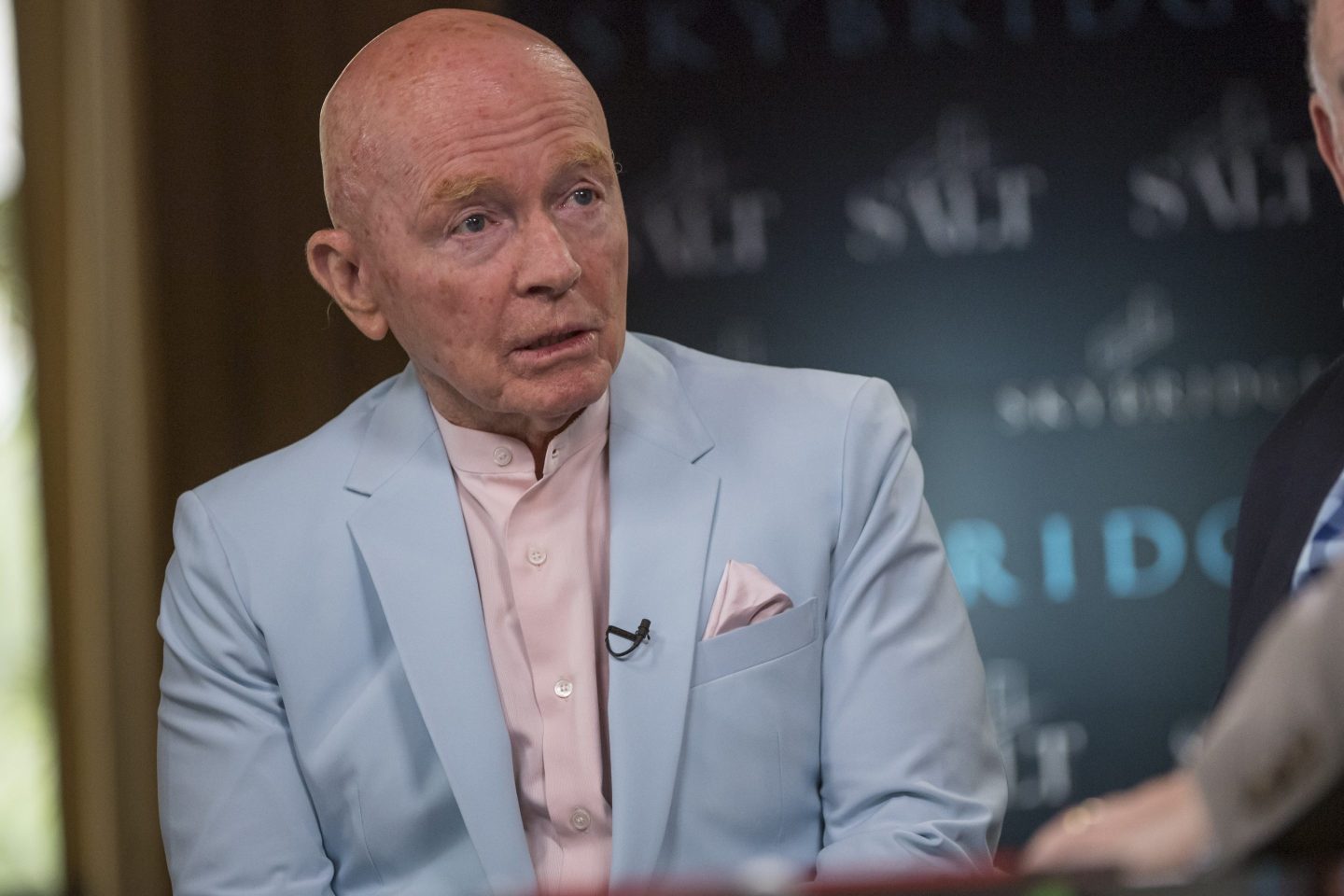 Over the past few years, top investors have repeatedly warned Americans about a brewing bubble in the stock market and the increasing potential for a U.S. recession.

And even after a roughly 19% drop in the S&P 500 so far this year, some of the world’s best market watchers continue to sound the alarm.

The 86-year-old economist and former Franklin Templeton exec argued that U.S. investors have yet to fully price in the Federal Reserve’s interest rate hikes, which should lead to further stock market declines moving forward.

Mobius wasn’t the only top investor warning Americans about potential stock market woes this week either.

Michael Burry, who rose to fame for predicting and profiting from the 2008 housing bubble, as depicted in both the book and movie The Big Short, said in a Wednesday tweet that stocks haven’t hit their cycle lows just yet.

The Scion Asset Management fund manager argued the blowup of the once high-flying special purpose acquisition company (SPAC) market is just the beginning of the fallout from a bursting superbubble.

“No, we have not hit bottom yet,” he wrote. “Watch for failures, then look for the bottom. 2 SPAC ETFs failing is not near enough.”

While U.S. stocks are likely to struggle through the rest of the year, the situation is far worse in other parts of the world.

Mobius noted that the U.S. economy’s issues are “nothing compared to what Europe, China, and others face.”

Europe is in “deep trouble” because of its ongoing energy crisis and soaring inflation, Mobius said, adding that the European Central Bank (ECB) will have to raise interest rates “dramatically” to get consumer prices under control, which will likely spark a recession.

“This is a very bad scenario for Europe,” he said. “We think it’s going to get worse before it gets better.”

Mobius, who specializes in emerging markets and runs the Mobius Emerging Markets Fund, also pointed out that while emerging market equities have underperformed in 2022, that’s mostly the result of problems in China.

China has faced myriad issues this year, from a record heat wave that caused widespread power outages to ongoing COVID-19 lockdowns, and even a brewing property crisis (or bursting housing bubble) that’s been described as a “ticking time bomb.” Mobius said that these factors, along with rising tensions with the West, are weighing on the Chinese economy.

“China is in real trouble; it’s probably going to get worse there,” he added.

But issues in China don’t make all emerging market investments a bad idea. Mobius noted that some Asian markets, including those in Thailand, Indonesia, and India, are starting to outperform their European and U.S. peers. He argued this was owing to the reduced relative impact of the European energy crisis and the war in Ukraine.

“It’s time now to be very, very picky in what you want to buy anywhere in the world,” he said.