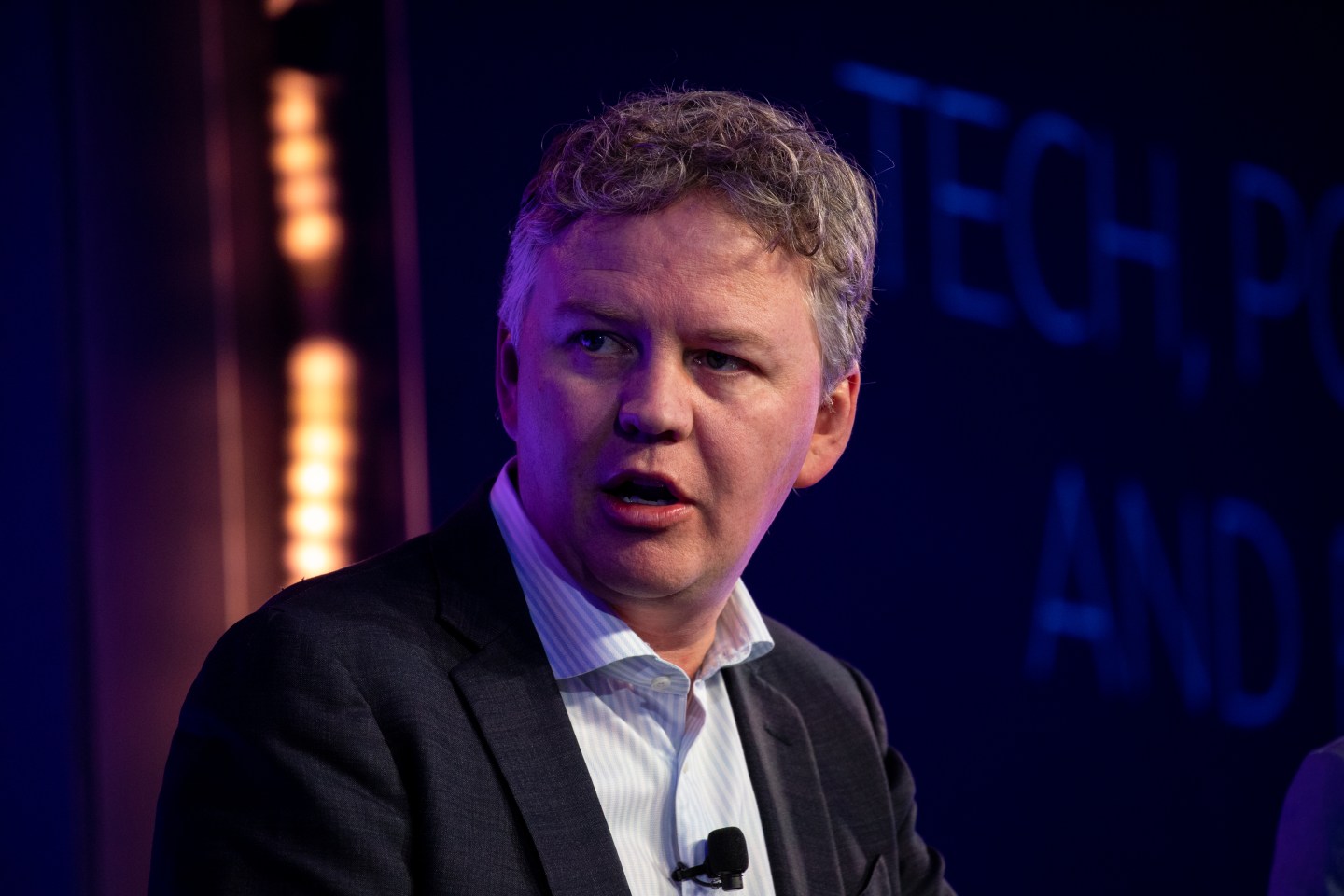 In the debate surrounding deplatforming, much of the discourse has centered on the role of content hosts, like social media platforms and web providers. Think Facebook banning Donald Trump, YouTube taking down certain COVID-related videos, or Amazon Web Services dropping Parler.

Every now and then, though, the next level of the tech stack gets roped into the discussion against its will. And as the past couple of weeks have shown, there’s a delicate balance that cybersecurity providers can reach between free speech and censorship.

The latest controversy centers on the tech security company Cloudflare, which announced over the weekend that it will stop allowing the website Kiwi Farms to access its suite of cybersecurity tools. Kiwi Farms is a forum where users organize campaigns to stalk, harass, dox, and otherwise torment individuals from marginalized communities, with transgender people primarily targeted.

Following a pressure campaign to deplatform Kiwi Farms, Cloudflare officials initially defended the site’s ability to utilize the company’s products, including those that help ward off cyberattacks aimed at bringing down websites.

In a nuanced blog post last week, Cloudflare CEO Matthew Prince argued that his company shouldn’t be an arbiter of content, a position better left to policymakers, law enforcement officials, and website hosts. Prince said he viewed cybersecurity services as akin to public utilities, noting that a telephone company “doesn’t terminate your line if you say awful, racist, or bigoted things.”

“Terminating security services for content that our team personally feels is disgusting and immoral would be the popular choice,” Prince wrote. “But, in the long term, such choices make it more difficult to protect content that supports oppressed and marginalized voices against attacks.”

Yet Prince reversed course over the weekend, announcing that the company has blocked Kiwi Farms and essentially taken down the forum. Kiwi Farms becomes the third major epicenter of digital hate disassembled by Cloudflare, joining 8chan (a haven for child pornography, racism, and misogyny) and the Daily Stormer (a neo-Nazi gathering site).

“This is an extraordinary decision for us to make and, given Cloudflare’s role as an Internet infrastructure provider, a dangerous one that we are not comfortable with,” Prince wrote. “However, the rhetoric on the Kiwifarms site and specific, targeted threats have escalated over the last 48 hours to the point that we believe there is an unprecedented emergency and immediate threat to human life unlike we have previously seen from Kiwifarms or any other customer before.”

Cloudflare executives have taken some flak from online activists, who argue the company moved too slowly to deplatform Kiwi Farms. Prince’s lack of specificity on what changed during that 48-hour stretch—he didn’t detail the number or nature of threats—also opens the company to criticism that it folded in the face of activist pressure.

But assuming that Kiwi Farms users took their contemptuous campaigning to another level in recent days—a development that some online observers warned would happen in response to the spotlight on the platform—Cloudflare has navigated these tricky waters with some aplomb.

While the victims of Kiwi Farms’ trolls understandably wanted Cloudflare to act more aggressively, the lack of widespread outcry or corporate boycotts may suggest that the greater public shares some of Prince’s queasiness about pinning censorship responsibility on the entire tech stack.

Wall Street hasn’t worried too much about fallout from the Kiwi Farms saga, either. Since the boycott calls gained wider attention in late August, the decline in Cloudflare’s share price (14%) is only marginally greater than the Nasdaq Composite (8%) and the First Trust Nasdaq Cybersecurity ETF (9%).

While there’s a case to be made that Cloudflare could, or should, have acted sooner to stop the danger emanating from Kiwi Farms, the company ultimately ended up on the right side of the morality argument. Prince gave Kiwi Farms a generous grant of free speech rights—and some miscreants on the platform apparently responded by taking advantage of his magnanimity.

Other than members of farthest extremist fringes, who’s coming to the defense of Kiwi Farms now? Even U.S. Rep. Marjorie Taylor Greene, R-Ga., a chief critic of Big Tech censorship and leader of the GOP’s far-right wing, called for the government to take down Kiwi Farms after police descended on her home in response to a false police report purportedly filed by a forum member. (We’ll overlook some of her argument’s ideological inconsistencies on this one.)

The Kiwi Farms episode reinforces that it’s impossible for cybersecurity firms and internet infrastructure companies to completely avoid deplatforming controversy. The lack of legislative or industry bright lines means that individual companies like Cloudflare must navigate these fraught situations by themselves, with only their own moral compass to guide them.

A luxury IPO. Volkswagen announced plans Monday to publicly list its Porsche unit, a move that will help the automaker raise billions of dollars and facilitate its transition to electric vehicles, Bloomberg reported. Analysts said the IPO, scheduled for late September or early October, could bring in roughly $10 billion and value the spinoff company at up to $84 billion. Volkswagen is selling 25% of the company and retaining the remaining 75%.

Hardly a minor punishment. Irish regulators fined Meta about $400 million after an investigation determined the company’s Instagram platform violated laws related to children’s privacy, Politico EU reported Monday. The fine is the second-largest levied by a European regulatory body for violations of the bloc’s data privacy rules. Irish officials haven’t released specific findings from the investigation, though the inquiry stemmed from complaints that Instagram published minors’ personal data and made children’s profiles public by default.

A false flag? TikTok officials denied claims by several cybersecurity researchers Monday that the popular app had a vulnerability that could give hackers access to user data, Bloomberg reported. The analysts alleged that they had discovered an apparent breach of a TikTok server, adding to mounting security concerns related to the ByteDance-owned product. However, TikTok executives said the code in question was unrelated to the app’s data storage systems.

A sign of growth. Signal’s board has appointed Google veteran Meredith Whittaker as the encrypted messaging nonprofit’s president, the New York Times reported Tuesday. Whittaker will guide the app’s policy, strategy, and business operations in the newly created role. Whittaker worked for more than a decade as a Google artificial intelligence researcher before leaving in 2019. She later advised Federal Trade Commission Chair Lina Khan, a critic of Big Tech companies’ power, while serving as a professor at New York University.

Elites in need. China’s ivory towers will have to find their treasured A.I. chips somewhere else. Reuters reported Tuesday that a new U.S. export ban on cutting-edge A.I. semiconductors to China will particularly hit the republic’s top universities and state-run institutions, where a sizable chunk of the nation’s research is conducted. Government records showed more than a dozen high-profile schools and research organizations bought chips from AMD and Nvidia that are now subject to export restrictions. U.S. officials said the blockage will slow China’s development of A.I.-powered military and surveillance tools, while Chinese leaders called on their American counterparts to reverse the controls.

The lack of chips from the likes of Nvidia and AMD is likely to hamper efforts at Chinese organizations to cost-effectively carry out the kind of advanced computing used for tasks such as image and speech recognition.

Image recognition and natural language processing are common in consumer applications such as smartphones that can answer queries and tag photos. They also have military uses such as scouring satellite imagery for weapons or bases and filtering digital communications for intelligence-gathering purposes.

Experts said there are few Chinese chipmakers that could readily replace such advanced Nvidia and AMD chips, and buyers could instead use multiple lower-end chips to replicate the processing power.

Apple to reveal its iPhone 14 on Wednesday—here’s what you can expect, including potential farewells to the ‘notch’ and the iPhone Mini, by Christiaan Hetzner

The chief architect of the PlayStation is leaving Sony, by Chris Morris

First step of Ethereum’s ‘merge’ begins. Here’s what to know about Bellatrix, by Taylor Locke

Elon Musk told Trump to sail into the sunset, now the former president tells supporters it’s time to get rid of electric cars in Pennsylvania rally rant, by Christiaan Hetzner

Japan’s newly appointed digital minister is waging war on floppy disks. Companies fear the fax machine could be next, by Sophie Mellor

Business execs are facing a new threat: The person talking on Zoom might be an A.I.-generated ‘deep fake.’ Here are some easy ways to tell if you’re talking to a fake, by Sophie Mellor

Ruling them all. Amazon has a surefire hit on its hands with The Lord of the Rings: The Rings of Power (even if Elon Musk isn’t a fan). Whether it’s worth the $1 billion investment remains to be seen. The tech conglomerate said 25 million–plus viewers watched the highly anticipated fantasy prequel on Friday, when it debuted on the company’s streaming platform. The tally marked the biggest opening for a television series on Amazon Prime and easily topped last month’s debut of HBO’s Game of Thrones prequel, which needed about a week to reach 25 million viewers. But as Insider noted, Amazon and other streaming services analyze multiple metrics to determine the success of content, rendering the old-fashioned viewership total a bit outdated.