BYD dominates China’s electric car market. But its stock is slumping after Warren Buffett sells shares for the first time in 14 years 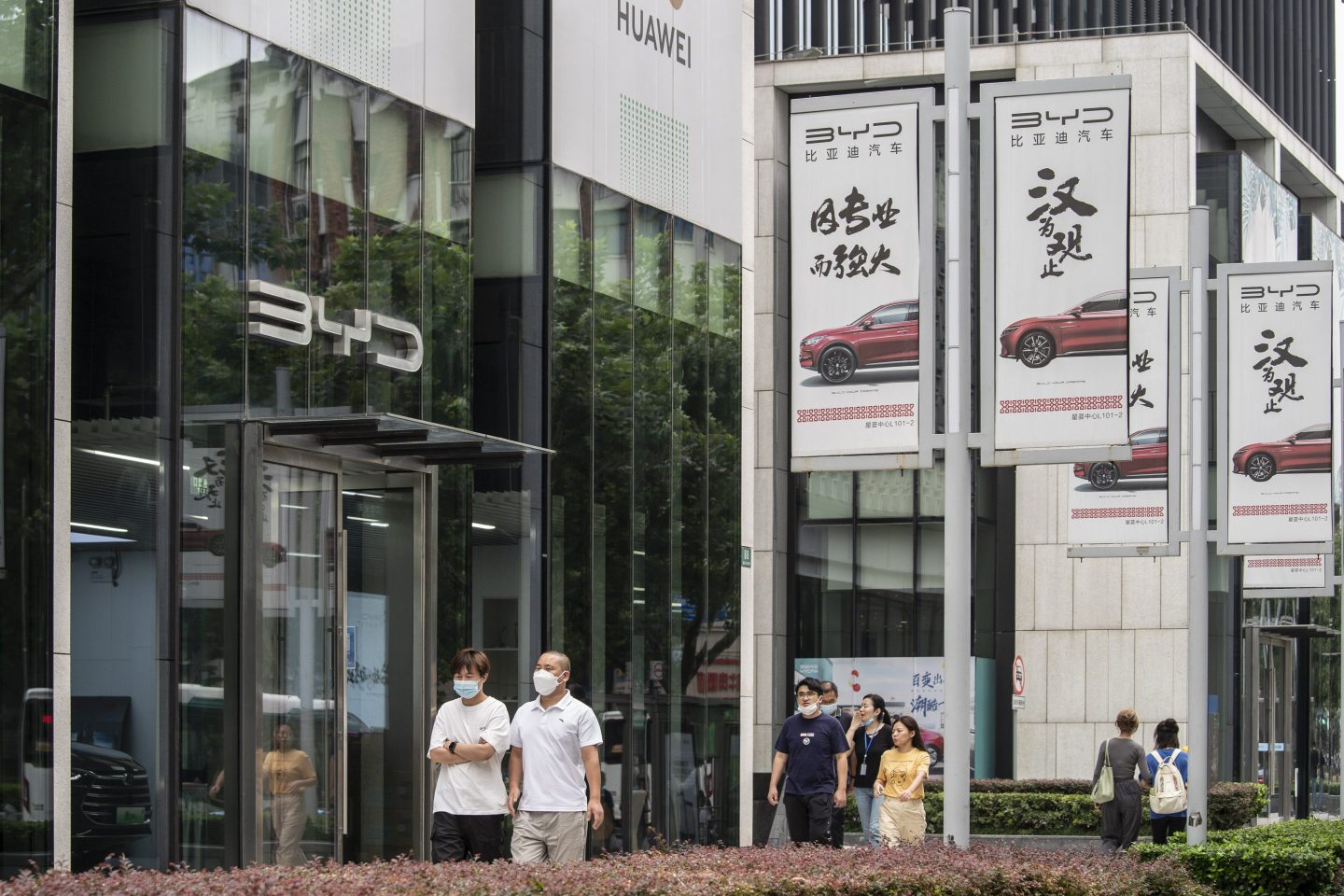 BYD is becoming the leader in China's electric vehicle market. But shares are slumping after Berkshire Hathaway trimmed its stake in the company twice in one week.
Qilai Shen—Bloomberg/Getty Images

Hong Kong-listed shares in electric carmaker BYD fell 5.9% on Monday following news that Warren Buffett trimmed his stake in the company twice in one week.

On Friday, Berkshire Hathaway disclosed that it sold 1.72 million shares in BYD, bringing its stake in the carmaker down to 18.87%. That followed a Tuesday disclosure that Berkshire had sold 1.33 million BYD shares, the first time the company had trimmed its stake in 14 years.

BYD shares are down 18.1% since last Tuesday, when Berkshire Hathaway first disclosed its share sale. The broader Hang Seng Index is down 3.6% over the same period.

Investors have been worried about a Buffett exit from BYD since mid-July, when a 20.49% stake in the carmaker—equal in size to Berkshire Hathaway’s holding—first appeared in Hong Kong’s clearing system, where shares must be entered before they can be traded. The data entry led to an almost 12% plunge in BYD shares the following day.

Buffett has been one of BYD’s biggest backers, purchasing 225 million shares in the electric carmaker for $230 million in 2008. Buffett’s longtime business partner Charlie Munger told Fortune in 2009 that BYD founder Wang Chuanfu was “a combination of Thomas Edison and Jack Welch.” Buffett has sold 3.05 million of those shares since last Tuesday.

At Monday’s prices, Berkshire Hathaway’s remaining stake in the company is still worth about $6 billion.

Buffett’s share sales are dragging down shares in BYD even as the Chinese carmaker is reporting stellar growth for the year thus far.

BYD dominates China’s new energy vehicle (NEV) market, a category that includes plug-in hybrids and battery-powered vehicles. According to data from the China Passenger Car Association, BYD was the top seller of NEVs in China in the first seven months of 2022, with 29% market share, far ahead of Wuling (a joint venture between two Chinese automakers and General Motors) with its 9% share, and Tesla’s 7% share.

25% of new cars sold in China in July were NEVs, according to the China Passenger Car Association. The group also forecasts that 6 million NEVs will be sold in China in 2022, twice the amount sold in 2021.