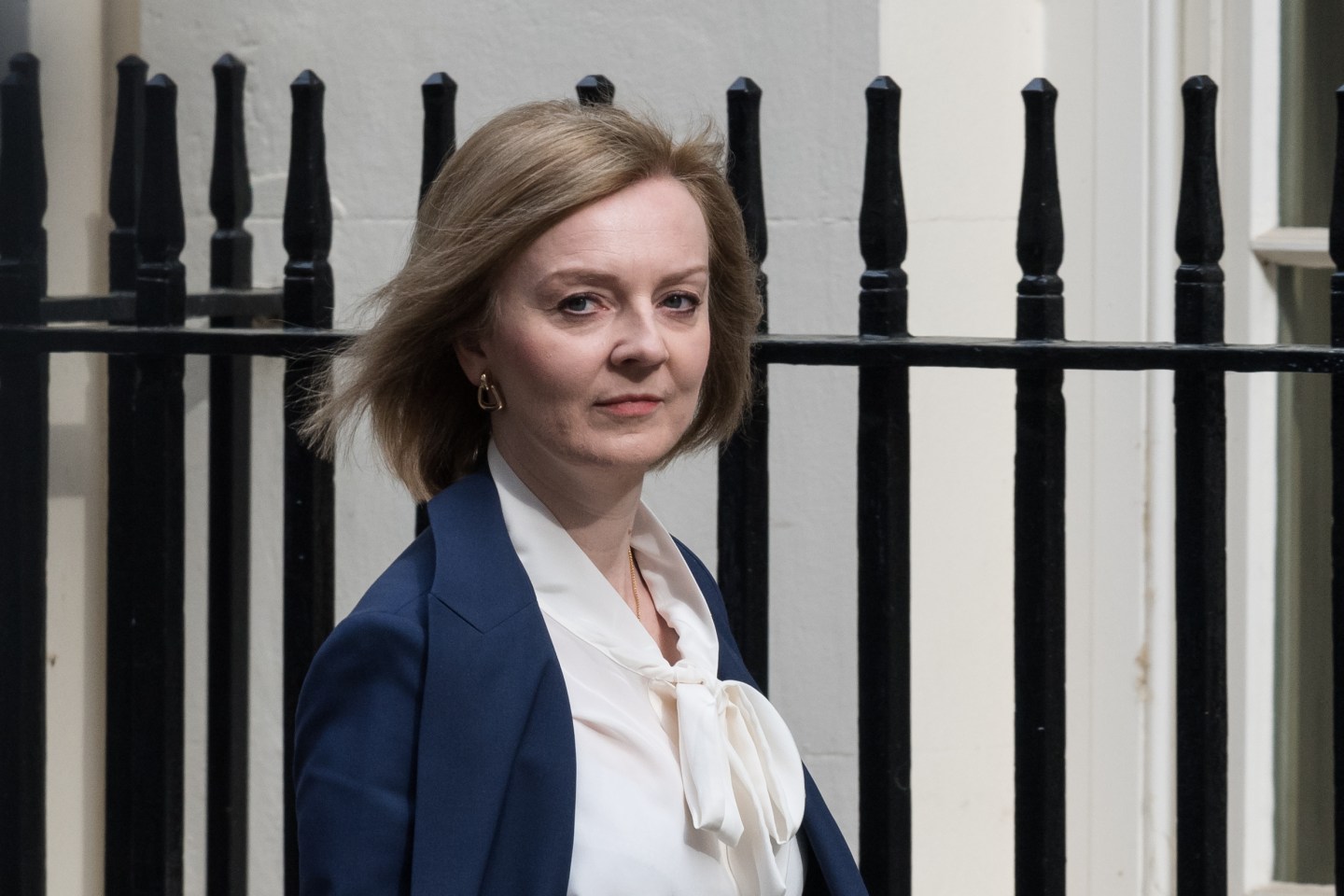 The U.K. is in the throes of its deepest cost of living crisis for decades, piling pressure on the country’s incoming leader to bolster the floundering economy.

Liz Truss, a senior lawmaker in the Conservative party and a member of Boris Johnson’s cabinet, was announced as the new prime minister and party leader on Monday, beating rival Rishi Sunak by around 21,000 votes.

She will officially replace Johnson on Tuesday.

Truss has centered her leadership campaign around tax-cutting policies, pledging to scrap a rise in the national insurance levy—a form of income tax that pays for certain state-funded benefits like pensions and maternity allowance—as well as an increase in corporation tax.

“I will deliver a bold plan to cut taxes and grow our economy,” she said in a speech after winning the leadership race on Monday.

However, according to economic research organization the Institute for Fiscal Studies, Truss’s proposed tax cuts will “primarily benefit higher-income households.”

Speaking to BBC program Sunday with Laura Kuenssberg over the weekend, Truss defended her plans and criticized the idea of focusing policies on income distribution.

“To look at everything through the lens of redistribution I believe is wrong because what I’m about is growing the economy and growing the economy benefits everybody,” she said, arguing that “it is fair” to give higher earners more money back via tax cuts than those with smaller incomes.

Leadership rival Sunak, who served as Johnson’s finance minister, said during the same show that the government needed to “focus the most help on the most vulnerable.”

Truss’s proposals on slashing tax have already been widely criticized as “regressive” plans that are based on “very out of date” forecasts.

An analysis by The Guardian last month found that her plans could cost £50 billion ($57 billion) per year while failing to help Britain’s poorest cope with rising prices.

The U.K.’s new prime minister was not selected by the British public, but was chosen by around 160,000 Conservative Party members.

Truss, who secured 57.4% of the vote, will now be tasked with addressing the country’s rapidly escalating cost of living crisis.

Last week, Britain’s energy regulator announced it was increasing its cap on consumer energy bills by 80% in October. In April, British energy costs more than doubled.

According to charity National Energy Action, energy bills in the U.K. will have risen by 170% year-on-year in October, with 8.9 million people projected to be pushed into fuel poverty.

Energy costs have been pushed up across Europe as the continent looks to reduce its reliance on Russian gas after the invasion of Ukraine, and wholesale natural gas prices had already spiked to record highs in the region due to low inventories and increasing demand as countries emerged from COVID lockdowns.

Britain’s reliance on gas as an energy source has seen it hit particularly hard by Europe’s rising prices.

The U.K. government has taken some steps to ease the energy crisis, including a £400 energy grant for every household as well as approving a one-off windfall tax of £5 billion on energy firms.

Earlier this month, Goldman Sachs warned that U.K. inflation could hit 22% in January if energy prices continue to spiral out of control.

Alongside soaring energy costs, food prices increased in August at the fastest rate since the 2008 financial crisis, according to the British Retail Consortium.