YouTube’s video business keeps getting bigger—sometimes without even trying 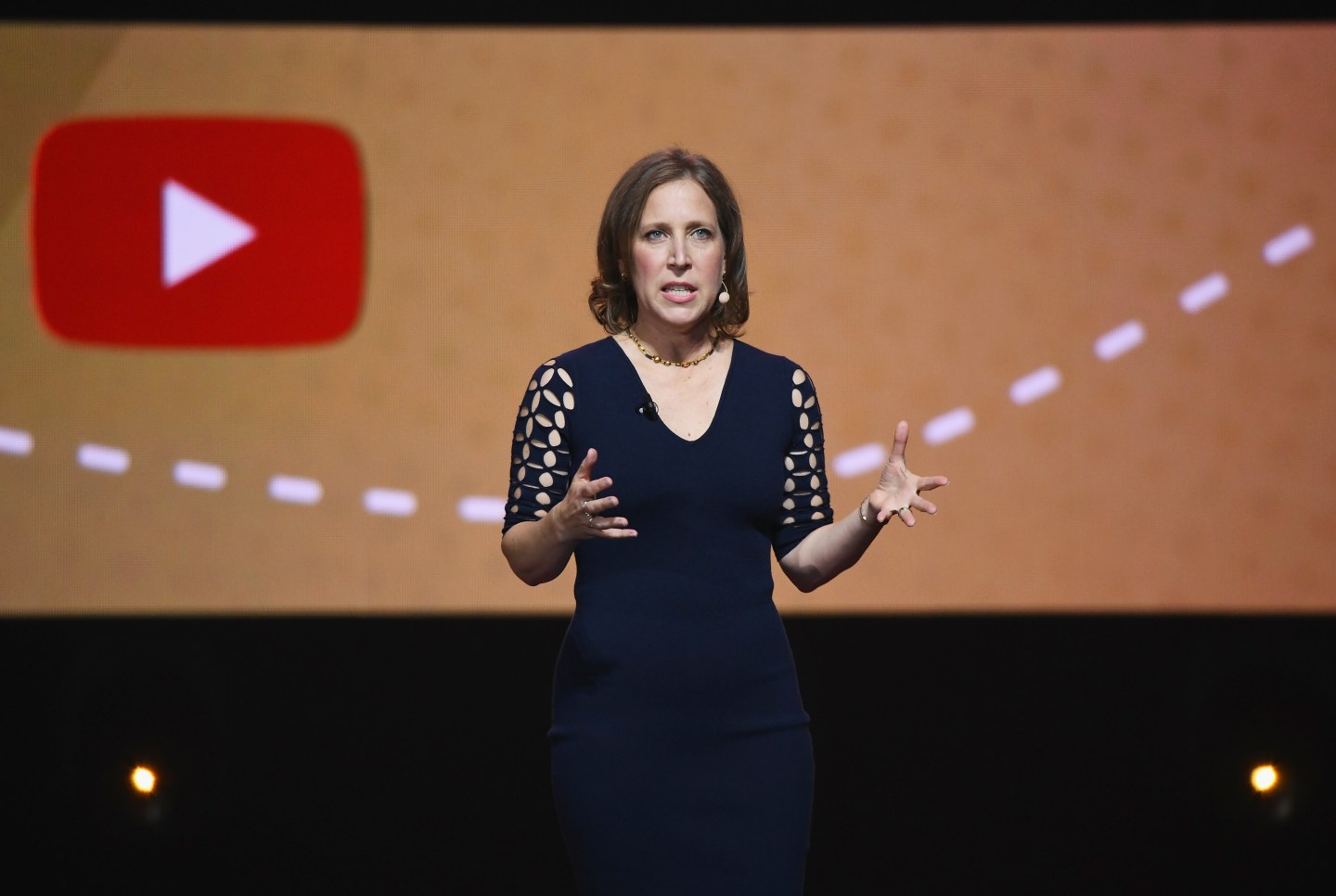 Over the past few years, Spotify has gone all in on podcasting. The Swedish outfit has spent hundreds of millions of dollars on securing exclusive broadcast rights to some of the industry’s highest-profile podcasters, including a reported $200 million–plus on Joe Rogan, and acquired several companies that add to its podcasting infrastructure.

Yet, as Insider reported Saturday, Spotify’s podcasting popularity still trails behind that of YouTube, whose leaders have barely displayed any interest in developing the format. Despite devoting minimal resources to podcasting, YouTube ranks as the top destination for long-form audio listeners, according to multiple surveys.

It’s a somewhat surprising turn of events that underscores how successful YouTube has been at creating a long-term franchise in the highly competitive and fast-moving consumer internet sector.

YouTube has done this by largely sticking to its core platform, opting to gradually integrate music streaming, television, and several other features as tastes change and demand rises. Whereas some social media rivals have made aggressive acquisitions or wholesale platform changes aimed at fast-tracking growth, YouTube has hewed to its video- and creator-centric roots.

The approach has ensured that YouTube remains well-liked across multiple demographic groups, particularly among younger generations that prize visual media and authenticity. YouTube ranks as the most-trafficked site for watching videos and listening to music in the world, while its short-form video offering competes closely with TikTok. As a result, its ad revenue has grown from $8.2 billion in 2017 to $28.9 billion in 2021.

The fruits of this strategy can be seen in YouTube’s progress on podcasting, an industry projected to generate $2 billion in revenue this year.

Many podcast listeners today want to listen to and watch extended interviews, making YouTube’s first-in-class video platform a natural landing spot. YouTube’s appeal to younger viewers also marries well with podcast listeners, roughly half of whom are younger than 35 years old, according to Edison Research and Triton Digital. In addition, YouTube offers content creators some of the best ad-revenue–sharing terms on the market, giving podcasters more incentive to post on the platform.

All this despite YouTube doing “next to nothing” to build a dedicated podcasting business, Insider reported. (YouTube officials said they plan to roll out several podcast-specific features in the coming months, including a dedicated home page, and announced NPR will start posting 20-plus podcasts on the platform.)

While the unit is feeling the brunt of global economic and advertising headwinds—revenue in the first half of 2022 only grew 9%, a paltry number compared with prior years—YouTube’s audience is stronger than ever. Alphabet executives reported earlier this year that more than 2 billion people use YouTube each month. YouTube Shorts, the company’s short-form video feature, had 1.5 billion active viewers by the end of the second quarter (TikTok eclipsed 1 billion in September 2021, but hasn’t provided an update since).

YouTube also isn’t saddled with some of the baggage weighing on its competitors. As TikTok’s Chinese owners battle with American lawmakers over national security concerns and Meta grapples with stagnant user growth, YouTube’s biggest immediate concern might be how to squeeze ad dollars out of its Shorts feature. (Antitrust advocates have pushed to break up Alphabet, but that prospect still feels far off.)

YouTube inevitably will encounter some kind of foundation-rattling event, perhaps a shift away from static video toward augmented and virtual reality. But as its unexpected podcasting triumph shows, the foundation for building even bigger remains in place.

Waving the white flag. European Union officials do not plan to appeal a court decision scrapping a nearly $1 billion fine levied against Qualcomm, Reuters reported Monday, citing sources familiar with the matter. The decision would end a seven-year battle between the U.S. chipmaker and EU antitrust regulators, who accused Qualcomm of violating competition laws through an exclusivity pact with Apple tied to iPhone and iPad production. Europe’s second-highest court tossed the fine in June, citing procedural missteps and incorrect legal interpretations by antitrust regulators.

Finally getting a spark. Honda and LG announced plans Monday to collaborate on a $4.4 billion electric-vehicle battery plant in Ohio, part of the Japanese automaker’s plans for catching up to rivals on the EV front, the Wall Street Journal reported. The companies expect to complete construction in 2025 at a to-be-determined location in the Buckeye State, where Honda already runs an assembly plant. Honda, which has been slower than other automakers to produce EVs for sale in the U.S., said in April that it will spend $36 billion over the next decade on its electrification efforts.

Groceries and group chats. WhatsApp will launch its first end-to-end shopping feature in coordination with a leading Indian e-commerce venture, TechCrunch reported Monday. The Meta-owned division is partnering with India’s Reliance Retail and Jio Platforms to debut JioMart on WhatsApp, which will allow users to buy groceries entirely within the app. WhatsApp has about 500 million users in India, while JioMart ranks among the nation’s largest e-commerce platforms.

Not-so-distant Reality? Multiple trademark applications suggest Apple’s long-awaited mixed reality headset could be branded under the name “Reality,” Bloomberg reported Sunday. The applications, filed by a shell company with various extended ties to Apple, seek trademarks for the names “Reality One,” “Reality Pro,” and “Reality Processor.” Apple has spent several years working to develop an augmented and virtual reality headset, though company officials have not confirmed specific plans or target dates for any product releases.

Confidence man. Give Canoo CEO Tony Aquila this much: He doesn’t lack conviction. As Fortune’s Jessica Mathews reported Saturday, the polarizing executive remains exceedingly confident in the fate of his fledgling electric vehicle startup, even as Wall Street and some former employees question whether his bravado masks big financial problems at the company. Aquila’s optimism in Canoo, which hasn’t started mass production of any vehicles, has been buoyed by Walmart’s agreement to eventually buy thousands of vans from the automaker. However, Canoo continues to burn through hundreds of billions of dollars, and Aquila’s extensive ties to Walmart and billing of expenses to Canoo have raised some eyebrows at the company.

Canoo is hardly the only EV startup to take investors and employees on a wild ride over the past couple of years. Concern over climate change has lured an unprecedented amount of investor capital into the space, but the logistical challenges of launching an automaker from scratch haven’t gotten any less daunting. The booming popularity of SPACs in 2020 and 2021, meanwhile, has helped some of those companies jump into the public markets to access capital before their business models were on secure footing.

Crack open the hood even an inch, however, and it’s clear that, even with the Walmart deal, Canoo is floundering to an extreme degree.

‘It’s solidarity with on-the-ground workers’: Meet the Gen Z TikTokers challenging Amazon to meet the demands of its labor union, by Alena Botros

A bad rap. Apparently lip-synching technology isn’t all that great in the metaverse. As Eminem and Snoop Dogg rapped from the stage of Sunday night’s VMAs, viewers saw the duo’s Bored Ape Yacht Club NFTs delivering an uninspiring animated performance set in the Otherside metaverse, CNET reported. The animation looked straight outta 1995, the apes moved like they were high (Snoop did smoke a comically oversize, fake blunt onstage), and none of the lip movements came anywhere close to matching the lyrics. Between that and Mark Zuckerberg’s horrendous Horizon Worlds selfie (which he later described as hastily arranged), it’s been a rough week for our 3D future.