‘It’s solidarity with on-the-ground workers’: Meet the Gen Z TikTokers challenging Amazon to meet the demands of its labor union 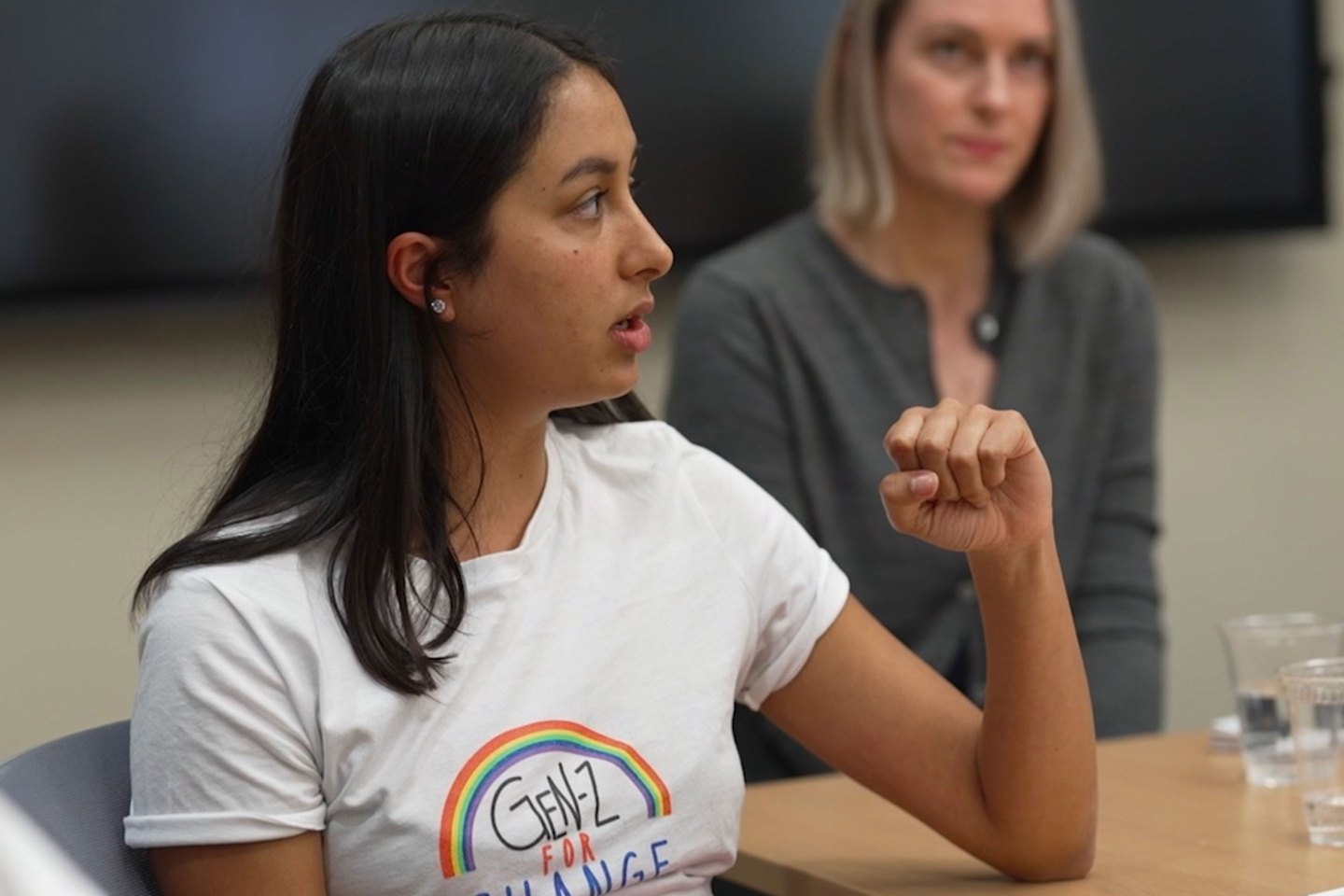 Elise Joshi is the deputy executive director and director of strategy for Gen-Z for Change.
Courtesy of Elise Joshi

Elise Joshi is a 20-year-old college student and a TikTok content creator.

She’s also one of the main organizers behind the “People Over Prime” campaign, led by Gen-Z for Change, a nonprofit aimed at promoting discourse and action among the youth. The campaign, launched on Aug. 16, is asking social media creators to stop monetizing their platforms for Amazon until the company meets the demands of the Amazon Labor Union.

Joshi became more invested in labor activism after a stint working at a restaurant last summer that she says went awry when she tried to unionize staff. That experience prompted her to get involved with the larger labor movement sweeping across the U.S.—including the recent historic vote among Amazon workers to unionize.

“When I came up with the ‘People Over Prime’ idea, it was kind of like a light switch,” she told Fortune. “We can’t ask people to not shop at Amazon, but we can tell creators not to be sponsored by them and/or monetize their platforms for them.”

The “People Over Prime” campaign launched last week with 70 creators who have a combined total of 51 million followers—and Joshi says that number is growing.

In a statement, the coalition accuses Amazon of mistreating workers, and using union busting tactics. It also lists demands that the union is fighting for, including a $30 hourly wage, better medical leave, and eliminating narrowly-defined productivity rates.

“That’s what it’s all about,” said Joshi. “It’s solidarity with on-the-ground workers.”

Joshi and another member of Gen-Z for Change at a Service Employees Int’l Union convention in D.C., speaking about how to successfully use digital tools in the labor movement.
Courtesy of Elise Joshi

When asked for comment about Gen-Z for Change and the “People Over Prime” campaign, an Amazon spokesperson told Fortune that the health, safety, and wellbeing of its employees is the company’s top priority.

“We’re committed to giving our employees the resources they need to be successful, creating time for regular breaks and a comfortable pace of work, and working directly with anyone who needs additional support to meet their goals,” an Amazon spokesperson told Fortune. “We also work closely with health and safety experts and scientists, conduct thousands of safety inspections each day in our buildings, and have made hundreds of changes as a result of employee feedback on how we can improve their well-being at work.”

‘A group of kids that are pro-worker’

If you scroll through TikTok, it’s almost impossible to avoid “Amazon hauls” and “try-ons,” videos in which influencers show their audience new clothing and products. In the bios of the creators who post that content, there will most likely be a link to their Amazon storefront, so their followers can buy exactly what they did.

Amazon works directly with content creators via its Amazon Influencer Program. It’s a program that requires creators to build a virtual storefront, basically a custom page with all the influencer’s favorite Amazon products. They then have to create content recommending the products to their followers, and when their followers shop through their storefront, creators earn commission.

Some influencers have made their names on TikTok by recommending Amazon products, and say they can earn as much as $3,000 a month from their Amazon storefronts.

The #amazonfinds hashtag on TikTok has around 26 billion views.

“TikTok is powerful, and we can take that power back,” Joshi said.

Emily Rayna Shaw is a 24-year-old with over 5 million followers on TikTok. She worked with Amazon before joining the “People Over Prime” campaign, and told Fortune she’s cut ties completely because she doesn’t feel comfortable supporting the company.

“I have shared and sold out many Amazon products on my social media in the past because I have a massive community of people looking for budget-friendly decor options,” she said. “But hearing about the workers’ suffering has made it impossible for me to continue.”

Some TikTok influencers who are part of the campaign declined to work with Amazon in the first place. Jax James, a 19-year-old content creator with over 3 million followers who joined “People Over Prime” told Fortune that since she started her TikTok in March of 2020, it’s been her main source of income.

She says that she refuses to work with Amazon because she said it would be disingenuous given her platform. She said she will continue to refuse to work with the company until the demands of the labor union are met.

Influencers are marketing tools for Amazon

The #peopleoverprime hashtag has 800,000 views since launching last week.

Non-influencer TikTok users are posting videos about the campaign and others are tagging creators who they think should join.

The Amazon Labor Union was not involved in creating this campaign, but the union’s vice president has given them a shoutout on Twitter.

“Thank you for your support. Myself and @amazonlabor appreciate it,” he said, adding the hashtag “solidarity.”

Gen-Z for Change has used social media before in their campaigns to bring visibility to union workers, including Starbucks and Kroger. However, this is the first time they’ve asked influencers to stop monetizing a company on their platform.

Organizers of the “People Over Prime” campaign know they won’t be bankrupting Amazon anytime soon. But James believes they’re giving the company the ability to make the right decision—and offering the same chance to influencers with massive followings.

“Until you treat your workers with respect and stop using illegal union busting tactics, then we will not be working with you,” she said.