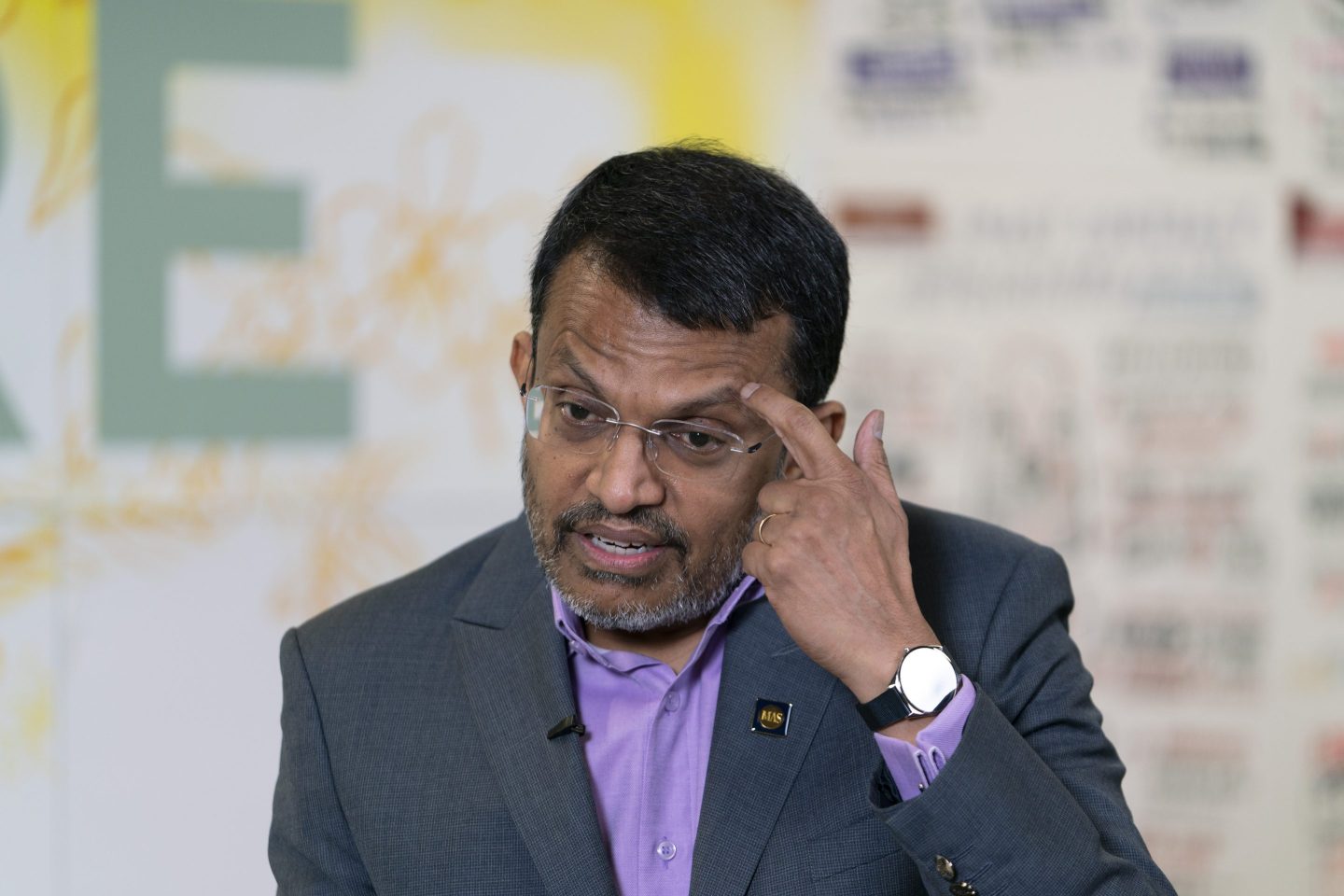 Singapore may soon roll out regulations to restrict cryptocurrency retail trading, according to one of the country’s top financial officials.

At an event on Monday, Ravi Menon, managing director of the Monetary Authority of Singapore (MAS), described crypto retail investors as “irrationally oblivious” to the risks, advocating for tightening controls.

“These may include customer suitability tests and restricting the use of leverage and credit facilities for cryptocurrency trading,” Menon said.

Singapore has emerged as one of the top crypto hubs in Southeast Asia, especially as China banned cryptocurrencies in 2021. In November, Menon said the best approach was not to “clamp down or ban these things,” citing crypto-based activities as crucial to Singapore’s future. Investment in the sector reached $1.48 billion in Singapore in 2021—10 times the previous year’s figure, and nearly half the Asia Pacific total.

The recent downturn in the crypto market has threatened that status. Several now-disgraced firms, including collapsed hedge fund Three Arrows Capital (3AC) and lending platform Hodlnaut, operated out of the country. Do Kwon, founder of the TerraUSD stablecoin, also was based in Singapore; TerraUSD crashed in May, erasing tens of billions of dollars in value.

The government took swift action, with the MAS issuing a reprimand against 3AC in June and signaling broader regulation for the industry.

Even with the implosion of high-profile companies, Singapore is still home to major players in the space. The U.S. crypto exchange Gemini has its regional Asia headquarters in Singapore, and 180 crypto companies applied for a crypto payments license in 2020. The MAS only granted about two dozen, and one of those approved is the brokerage arm of Singapore’s largest bank.

With specific MAS guidelines still vague, it’s unclear how prospective regulations will shape the nascent sector. Menon said the agency will publicly consult on proposals by October, including speaking with industry players on the regulation of stablecoins. He did add that banning retail access to cryptocurrencies would likely not work.

While Menon stressed that regulation would be compatible with Singapore’s growth as an innovation hub for crypto, the government’s policies have likely dissuaded companies from operating in the country. In December, the Singapore affiliate of Binance withdrew its local license application. Although Binance did not provide a reason, the cochairman of Blockchain Association Singapore told Reuters that Binance’s decision was due to the country’s stringent approach to licensing.

With Singapore signaling a further tightening, crypto firms may look elsewhere. The United Arab Emirates is making a play to become a crypto hub, with major exchanges including FTX and Kraken gaining licenses to operate in the country.