Canoo, the EV startup that scored a deal with the world’s largest retailer, is a mess under the hood 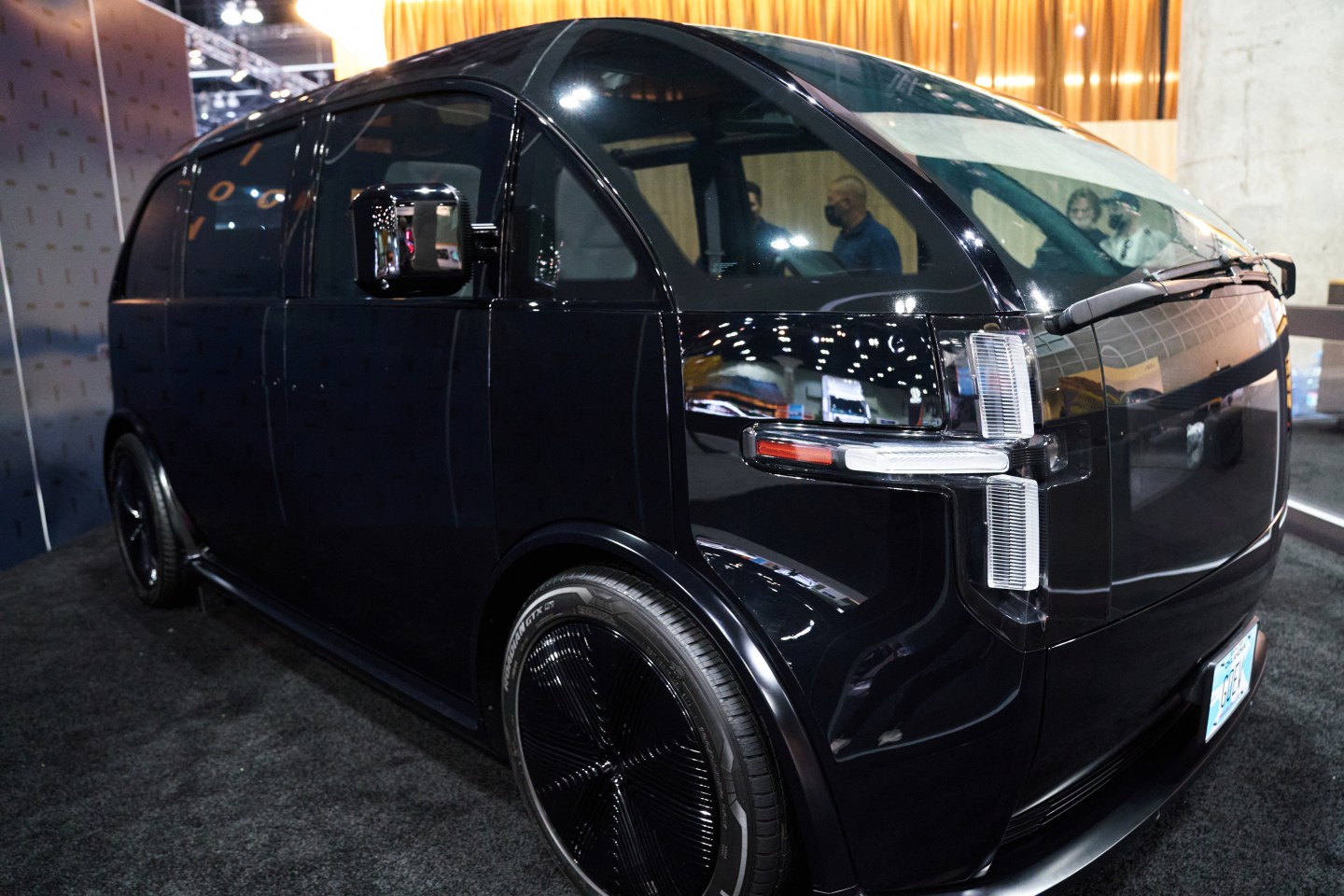 The push for the use of electric vehicles in the U.S. is ramping up. Especially in California as the state just put a ban on gas-burning cars by 2035. Tony Aquila, the CEO of Canoo, a public EV company, is certain he can compete with brands like Tesla. But there’s one hurdle—Canoo hasn’t yet generated any revenue.

Walmart signed an agreement with Canoo in July to purchase 4,500 all-electric delivery vehicles, beginning with the Lifestyle Delivery Vehicle, with the option to purchase up to 10,000 units. But the company is “hanging on by a thread,” writes my colleague Jessica Mathews.

“Inside the chaos at Canoo, the zero-revenue, cash-burning EV company that just inked a major deal with Walmart,” is Mathews’ new report that gives the scoop on the inner workings of the Bentonville, Arkansas-based startup.

On the Aug. 8 earnings call, Ramesh Murthy, interim CFO and chief accounting officer, talked about the “road to profitability.” Murthy said: “It’s becoming more clear to everyone that our philosophy on cash and access to capital is in line with what a technology-driven company would do. We are milestone and event focused on how we access capital on our road to profitability. By focusing on milestones and key events, we can drive sustainable value to the company and all our stakeholders.”

Mathews interviewed Aquila in June and rode in one of Canoo’s futuristic electric campervans.

“Canoo’s vehicles were still going through test programs and not yet on the market,” she writes. “Production wouldn’t begin until at least the end of 2022, and the company hadn’t started construction on its own manufacturing facilities. (The van we were sitting in was a prototype.)”

She continues, “Canoo had just recently signed an agreement with hedge fund Yorkville Advisors to sell up to $250 million worth of its shares at a discount to their already depressed market price. The Securities and Exchange Commission was investigating the company over its 2020 SPAC merger, and the company was tied up in three legal spats, including two class action lawsuits from retail investors in its shares. Indeed, right there in an SEC filing from March 31, Canoo itself had said it might not make it another year.”

“And yet, Aquila—the tattooed, 57-year-old private-equity executive who had begun taking control of the company in 2020—looked me right in the eye when I asked about whether Canoo had the funding it needed for the next year. ‘I am a just-in-time capital guy,’ he assured me.” Mathews also discovered that Walmart’s purchase of yet-to-be-produced EVs is not the first financial boost that Aquila has received from the Walmart family in his career.

Automakers are now required to steadily increase their sales of zero-emission cars in California, the nation’s largest auto market. And because 17 other states typically follow California’s auto-emissions standards, last week’s vote by the California Air Resources Board could reach far beyond the state, requiring the auto industry to speed up its switch to electric cars, Fortune reported.

As the electric vehicle market continues to evolve, “Canoo is hardly the only EV startup to take investors and employees on a wild ride over the past couple of years,” Mathews writes. “Concern over climate change has lured an unprecedented amount of investor capital into the space, but the logistical challenges of launching an automaker from scratch haven’t gotten any less daunting.”

But, “Crack open the hood even an inch, however, and it’s clear that, even with the Walmart deal, Canoo is floundering to an extreme degree,” Mathews writes. (You can read the complete article here.)

Deloitte’s Q3 CFO Signals survey released today found that, overall, nearly half (46%) of CFOs expect the North American economy to be in recession by the new year. But it also varies by industry. For example, 67% of CFOs in the energy/resources industry expect a recession in North America by 2023, compared to 52% of CFOs in manufacturing, 50% in technology, 48% in financial services, and 25% in health care. CFOs are pursuing recession-proofing measures such as reducing operating expenses, controlling headcount, and reprioritizing capital expenditure. However, CFOs’ concerns over inflation vastly outweighed recession concerns. CFOs have lower expectations for year-over-year revenue growth— 6.2% this quarter, down from 7.8% in Q2 2022. Meanwhile, earnings growth expectations are at 6.4%, a decline from 8.4% in the prior quarter. The findings of Deloitte's quarterly CFO survey are based on a survey of 112 CFOs (74% from public companies and 26% from privately held firms). Respondents are from the U.S., Canada, and Mexico, and the vast majority are from companies with more than $1 billion in annual revenue.

"Gen X is cutting back on everything because of inflation—except retirement savings," a Fortune report by Alicia Adamczyk, is an analysis of State Street Global Advisors’s recent Inflation Impact Survey. As Gen X gets closer to retirement, they’re “significantly” more concerned about rising prices than millennials or Baby Boomers.

Dave McKinstray was named CFO at North America Cereal Co., the upcoming spinoff of Kellogg Company (NYSE: K). As announced in June 2022, Kellogg Company plans to separate three of its businesses—Global Snacking Co., North America Cereal Co., and Plant Co. McKinstray held several CFO roles throughout his nearly 15 years at Kellogg, such as CFO of the U.S. Snacks business and as CFO of U.S. Retail Sales before moving into his current role as VP of integrated business planning. His roles before Kellogg included positions in commodity risk management and trading.

Christoph Pachler was named CFO at FaZe Holdings Inc. (Nasdaq: FAZE) a lifestyle and media platform focused on gaming and youth culture, effective on or before October 3. Pachler has more than 25 years of financial management experience. Pachler joins FaZe Clan from Critical Content, an independent television studio in Los Angeles, where he served as managing director and CFO. Before Critical Content, Pachler was the EVP and CFO for Playboy Enterprises, a media and brand licensing company. Pachler previously spent 13 years in various expanding roles at Sony Pictures Entertainment, where he was lastly the CFO and SVP for strategy and operations in Sony's international TV business.

"Inflation numbers can miss the mark on properly reflecting a country’s economic mood because these figures offer an incomplete picture of a country’s economic health. Consumer sentiment, on the other hand, reflects our attitudes about the current state of the economy and expectations about its trajectory. And by all accounts, consumer sentiment is at record lows–and its decline has been more protracted than during past dips."

—Christos A. Makridis, a professor, entrepreneur, and adviser who serves as an adjunct fellow at the Manhattan Institute, explained in a Fortune opinion piece that research shows consumer sentiment matters more than inflation and unemployment numbers.