Biden just forgave $10,000 in student loan debt. Elizabeth Warren calls it ‘one of the biggest acts of consumer debt relief in American history,’ while Mitch McConnell calls it ‘socialism’ 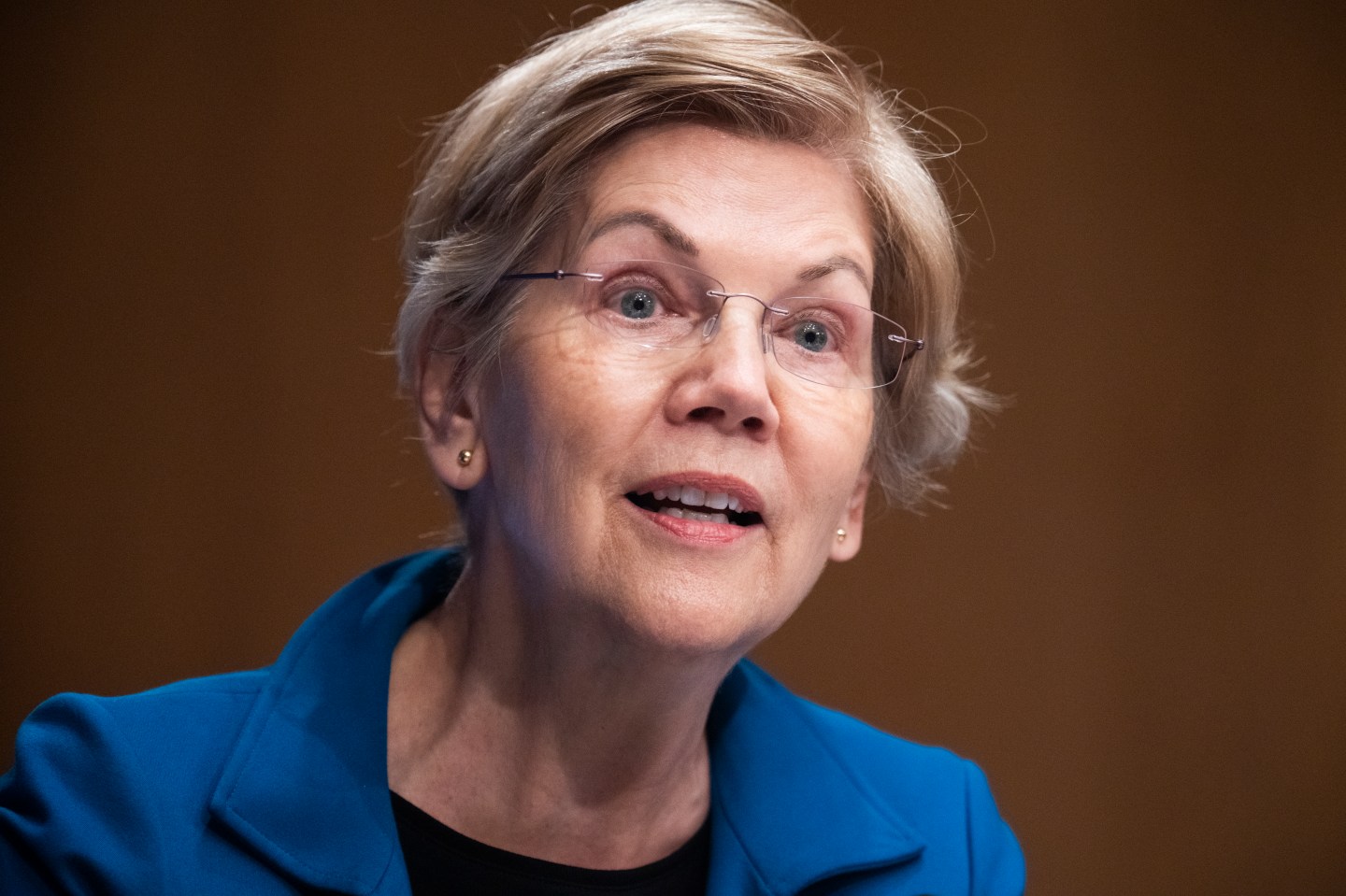 For much of this year, millions of people across the country have held their breath, hoping President Joe Biden would keep his campaign promise and waive some, or even all, of their student debt.

On Wednesday, Biden finally announced his plan. His administration will forgive $10,000 in federal loans for every borrower making under $125,000. For borrowers who took out Pell Grants, that number rises to $20,000 in forgiveness. And the administration will extend the student loan repayment pause one last time, through the end of this year.

Student loan forgiveness is an issue that Democrats have advocated for long before Biden took office, arguing that waiving student debt is a step toward addressing racial inequities that will ultimately give the entire economy a major boost. At the same time, Republicans have said that forgiveness benefits wealthier individuals the most, while other critics have voiced concerns that it could worsen inflation.

Here’s what the most prominent voices in politics, economics, and more are saying about today’s historic announcement.

The Massachusetts senator is a longtime supporter of widespread student debt relief.

“Make no mistake,” she tweeted shortly after Biden made his plan public. “This is one of the biggest acts of consumer debt relief in American history, and it will directly help hardworking people who borrowed money to go to school because they didn’t come from a family that could write a big check.”

The Missouri representative is a vocal supporter of student loan forgiveness.

“This will undoubtedly transform lives,” Bush tweeted in response to Biden’s announcement. “Grateful for the organizers, activists, and advocates who never let up in the push for student debt cancellation. This victory is because of you.”

The Texas senator has been a longtime opponent of student loan forgiveness.

“Insane—and illegal!” he tweeted on Wednesday after Biden’s announcement. “We have the highest inflation in 40 years/highest gas prices ever, but Biden wants to spend even more at the expense of hardworking Americans.”

Cruz called the forgiveness program “a debt transfer” burdening the middle class, and a “Hail Mary before midterms.”

The Kentucky senator and minority leader is a highly critical opponent of debt relief.

In a statement posted on Twitter, he called the program “socialism,” invoking common Republican talking points like loan forgiveness’s alleged benefits for higher-income families and its inflation risks. “This policy is astonishingly unfair,” he wrote.

The economist and New York Times columnist took to Twitter on Wednesday to lay out an explanation for why loan forgiveness won’t have a big impact on inflation.

“First, the U.S. is a very big economy,” he tweeted. “Any impact of this forgiveness on spending will be small relative to GDP.” He added that the Fed’s tight monetary policy will offset any “expansionary” measures in the economy.

“The argument ‘but it will be inflationary’ seems so obviously wrong, so inconsistent with the math, that, as I said, it’s baffling,” he wrote. “Maybe people who oppose this move on other grounds are just going for the cheap shot?”

The Vermont senator has been an advocate of major student loan debt forgiveness reform, and has previously argued for much more than just $10,000 to be forgiven.

Yesterday, Sanders called out a student loan refinancing company on Twitter for giving its CEO a 92% raise in 2021, resulting in a total of $103 million in compensation. “You know what President Biden can do?” he asked. “Cancel all student debt.”

The former chief economist of the World Bank and Columbia University professor is also critical of arguments connecting debt relief to inflation.

“Whatever you think about student debt cancellation, inflation worries shouldn’t drive the policy, as some people seem to be arguing,” he tweeted yesterday.  “What next? Eliminate food stamps as a way to fight inflation?”