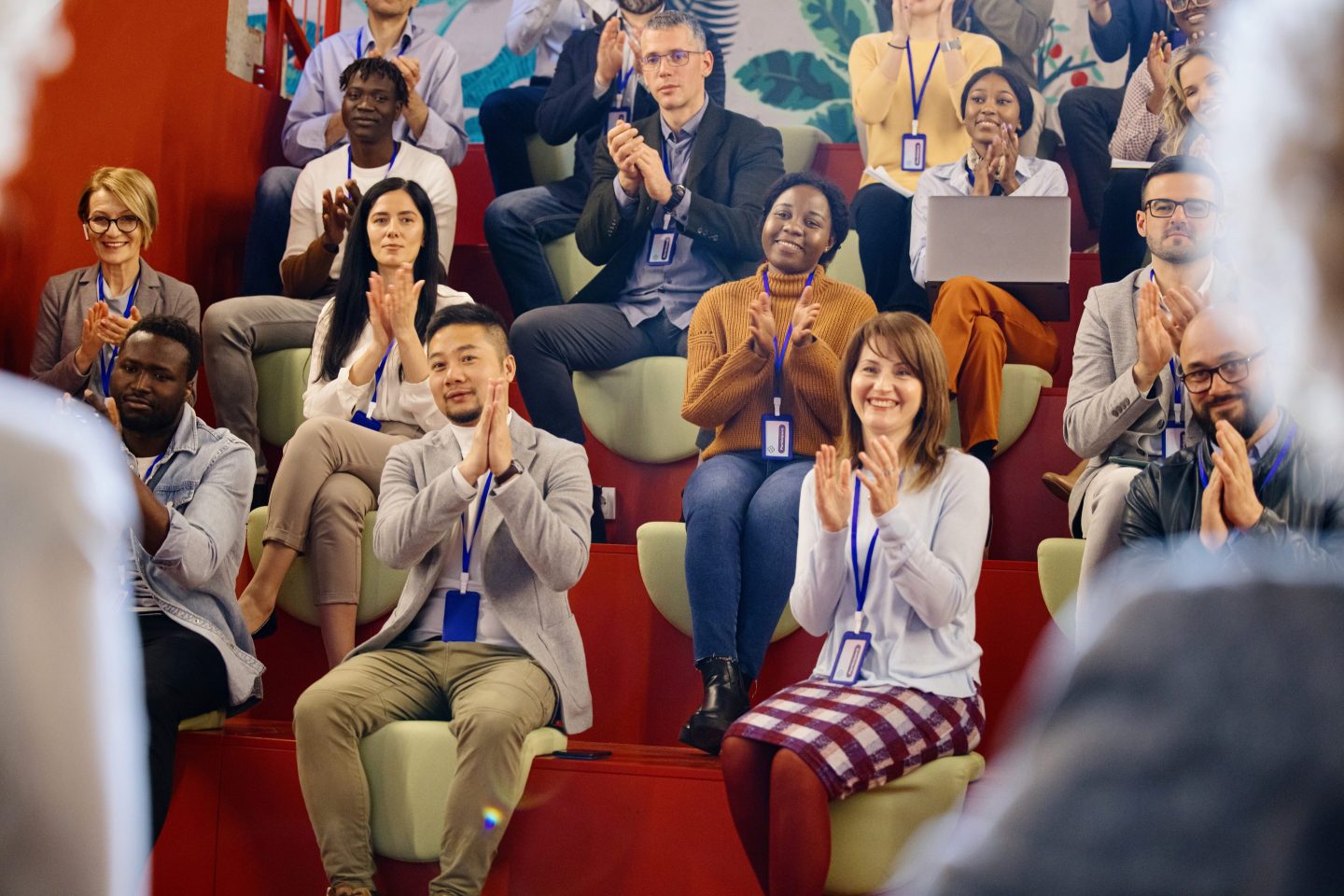 Getting buy-in from peers can be one of the greatest hurdles in implementing DEI initiatives.
GETTY IMAGES

Getting buy-in on a project or strategy is about more than getting a ‘yes’ from colleagues, says consultant Samantha-Rae Dickenson. Especially when it comes to DEI.

Dickenson, a DEI specialist, helps diversity and inclusion practitioners develop and implement strategies within their companies. She recently took to LinkedIn to discuss the frequent missteps she observes among leaders seeking to attain buy-in from executives.

If there’s one thing HR and DEI leaders know, it’s that getting true investment and sustained support from peers can be one of the greatest hurdles. Dickenson spoke with Fortune about some of the most common pitfalls in soliciting support from other leaders. Here’s a hint—it might be time to rely a little less on data. (I know, just writing that hurts me a little bit inside).

Dickenson says the first step is to understand what buy-in truly is. “Leadership and people who aren’t in the DEI space—even some people who are in the DEI space—have one idea of what it means to get buy-in and how to approach it, and then everybody else has another opinion. There are a lot of gaps,” she says.

Because of this, many people focus too heavily upon trying to get a “yes,” from all their peers, while overlooking whether or not the support of their stakeholders really exists. Instead, she encourages leaders to take a step back and go through the full exercise of creating a plan to share with their peers, just as they would any other business strategy.

“There’s a process for it, and it’s not just getting a, ‘Yes, we can do this,’” says Dickenson. “DEI strategy is the same thing as a business plan, or strategic planning for a company. The only difference is that we’re using a lens of equity and intersectionality.”

Once you have your plan in place, it’s time to talk with the right stakeholders. And in most cases, that conversation should start with the CEO, advises Dickenson. Without the support of a CEO, a DEI initiative or strategy is likely to fail.

She tells strategists and practitioners that having a conversation with the CEO first to better understand their vision for DEI, and their level of awareness, is critical. In doing this, they can become an advocate.

“The CEO has to be the one spearheading this, and has to support committing to DEI in the first place,” she says. “Doing that first and creating that foundation is important.”

After you have their support, you can move on to buy-in related conversation with other colleagues. When it comes to peer-to-peer support, it’s more so about getting everyone on the same page. Something Dickenson does by simply holding a series of conversations and leaving space for people to ask questions.

Putting away the numbers

A lot of leaders assume when you approach the CEO or other executives with plans for a DEI strategy, you must be armed with the data to make a business case. But Dickenson suggests otherwise.

Oftentimes, the relevant data to make a case for certain DEI initiatives is yet to exist, she says. Many companies have only begun collecting more intersectional representation data on their employees in the past several years. Thus, she says, starting with the business case can mean jumping the gun. Getting too caught up in the possible return on investment could be a misstep as well.

“Leading with the business case creates the ideology that DEI is an ROI generating thing. And it can be—a return on investment is a byproduct of creating equitable and inclusive environments. But that is not the point of doing it,” says Dickenson.

Instead, there’s a balance to be had. To achieve it, Dickenson says, means spending time understanding what resonates with colleagues and who they are at their core.

“That’s essentially what DEI is about. You have to meet people where they are, while still helping them to progress at the same time,” she says.

One thing I’ll never tire of talking about is the innovative ways in which leaders are sparking connection in today’s workplace. Recently, I spoke with Ellyn Shook, Accenture's chief leadership and human resources officer about how the company manages to forge connections and trust among its globally diverse and dispersed teams.

Accenture has been engaged in dispersed work since well before the pandemic, but in recent years its leaders have built out more programming to better engage its employees. For Shook, creating genuine connections in the workplace is all about fostering an environment of psychological safety and recognizing employees' diverse backgrounds and experiences. Her team is tackling this challenge through a series of internal conversations they call “Building Bridges.”

“We realized that any issue that’s affecting how people show up at work is a workplace issue. We started convening topics that were important to our people…And we have two very simple rules for these Building Bridges [conversations] at Accenture. One is if you do not have the expertise to convene the conversation, get experts in to help. And two—to the attendees—You need to be prepared to listen and share.”

- A federal judge blocked the workplace provisions of Florida’s “Stop WOKE Act,” which sought to place restrictions on discussions of racial and gender bias in corporate diversity training. The New York Times

- Walmart will cover abortion “when there is a health risk to the mother, rape or incest, ectopic pregnancy, miscarriage or lack of fetal viability,” according to an email sent to employees last week. Employees and their family members covered under Walmart health insurance plans will also be reimbursed for travel costs should they not be able to access abortion care within 100 miles of their location. CNBC

- You don’t need to be a DEI expert to make your workplace more inclusive, according to Byron Slosar, CEO of online recruiting platform Hive Diversity. He advises leaders to start by putting more focus on a candidate’s unique experiences and backgrounds during the recruiting processes. Inc.

Wayfair layoffs. Wayfair’s stocks fell 13% on Friday after it announced plans to cut 870 employees—roughly 5% of its workforce. The furniture company says it expects to incur between $30 million and $40 million in severance and benefits related costs. —Chloe Taylor

No more free COVID vaccines. The Department of Health and Human Services plans to privatize COVID-19 vaccines by the end of the year. Health care industry executives will meet with HHS officials for an initial planning meeting to discuss the transition on Aug. 30. If approved, it will likely make the U.S. one of the first countries to no longer offer free COVID vaccinations. —Sophie Mellor

American innovation is losing ground. A recently signed bill by President Joe Biden removed key immigration provisions meant to streamline permanent resident status for foreign entrepreneurs and those with P.h.Ds in STEM fields. A Fortune commentary explains why the failure to include these exceptions will harm American innovation. —Dick Burke and Ray Walia