Liz Cheney loses her seat in Congress, but cements her place in history as the Republican who took on Trump 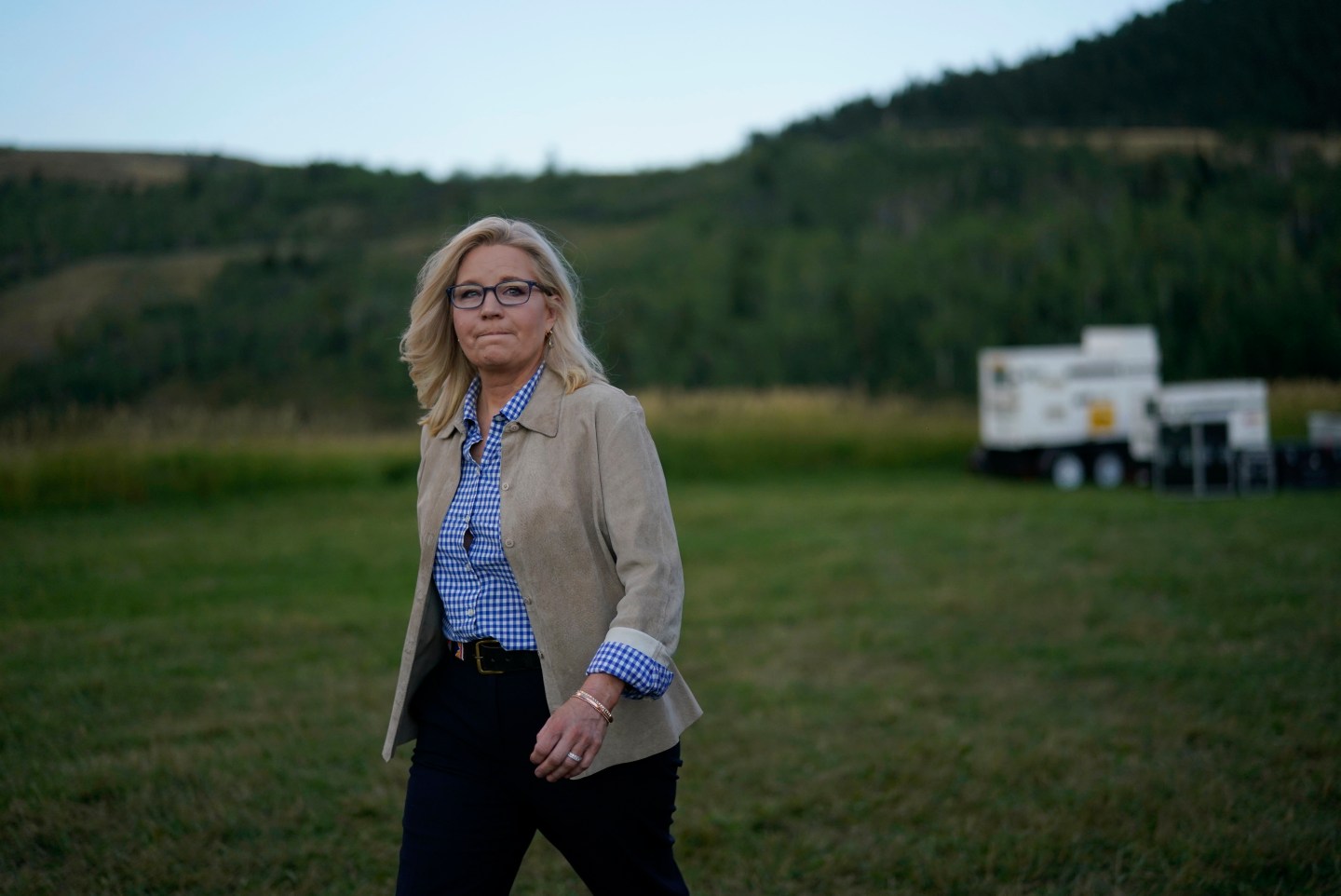 – More than a primary. The polling was right. Rep. Liz Cheney lost her seat in the House of Representatives last night, by a nearly 40-point margin—the consequence of Cheney’s stand against the Jan. 6 insurrection and former President Donald Trump.

Cheney is a conservative Republican who aligned with her party on most issues, but she drew a line when it came to the party’s embrace of Trump’s false insistence that he won the 2020 U.S. presidential election.

“Two years ago, I won this primary with 73% of the vote. I could easily have done the same again,” the Wyoming congresswoman said in her concession speech last night. “The path was clear, but it would have required that I go along with President Trump’s lie about the 2020 election. It would have required that I enabled his ongoing efforts to unravel our democratic system and attack the foundations of our republic. That was a path I could not and would not take.”

The congresswoman and daughter of former Vice President Dick Cheney was defeated in a 66-29 margin by Republican Harriet Hageman in a GOP primary. Hageman opposed Trump during the 2016 election cycle, but embraced his platform as she took on Cheney in this year’s race.

Cheney’s defeat sends a message about the state of the GOP: Trump continues to hold power over the Republican Party, and going against his messaging comes with political risks. Cheney is the highest-profile Republican to lose their seat of the 10 who voted to impeach Trump last year, but nearly all have also been ousted in primary contests.

While her Congressional career may be over, Cheney sees a potential opening as the anti-Trump candidate beyond Wyoming. She is considering a run for president, she hinted in an interview this morning. “It’s something I’m thinking about,” she said on the Today show.

With the 2024 U.S. presidential election approaching, Cheney says she will “do whatever it takes to keep Donald Trump out of the Oval Office.” Will Cheney be the one to achieve that goal? Wyoming’s GOP voters have rejected her stance—but outside her home state, it’s a new ballgame.

- Open competition. Ahead of the U.S. Open, Serena Williams lost to 19-year-old tennis champ Emma Raducanu in the Western and Southern Open in Cincinnati last night. Williams, who is retiring from the sport after the U.S. Open, lost 6-4, 6-0. Raducanu said she "cherish[ed] the moment" of playing Williams and considered it an honor to compete against the GOAT before her retirement. Guardian

- Ad for a cause. The pro-choice campaign Don't Ban Equality has a new ad campaign meant to convince business leaders that they need to take action on abortion rights. Published in Business Journals across the country—in markets like Houston, Cleveland, and Atlanta—the ad reminds business leaders that "employed adults want to be in a state where abortion is legal and accessible." Don't Ban Equality

- Free bleed. Period products are now available for free in public buildings in Scotland. The legislation to make menstrual products available in public spaces without charge passed in 2020 and went into effect on Monday. Scottish Labour lawmaker Monica Lennon introduced the bill in 2019. CNN

- Against Amazon. Amy Nelson founded the coworking space The Riveter—before her husband became entangled in a legal battle with Amazon. In a new feature, she tells the story of keeping her company afloat while battling the behemoth and its endless legal resources. Entrepreneur

- Demanding better. Television showrunners are not satisfied with studios' response to their request to take steps to protect workers in states with anti-abortion laws. The TV industry leaders sent a second letter to major studios, this time demanding that the studios take action on their specific request to put in place protocols to protect pregnant workers required to work in anti-abortion states. Variety

- Soccer stars. A year after the Taliban takeover of Afghanistan, the Afghanistan women's national soccer team continues to play in exile in Australia. Crowds are smaller than they were when the team first arrived, but the team has stayed committed to playing together, rather than dispersing between Australia's women's teams. ESPN

Her discovery of CRISPR changed the world. How does she think we should use it? New York Times

"That’s enough of my heart, and soul, and brain, and life spilled out everywhere."