‘We won’t produce beer in the north—that’s over’: Mexico’s president sounds the alarm over drought and climate change 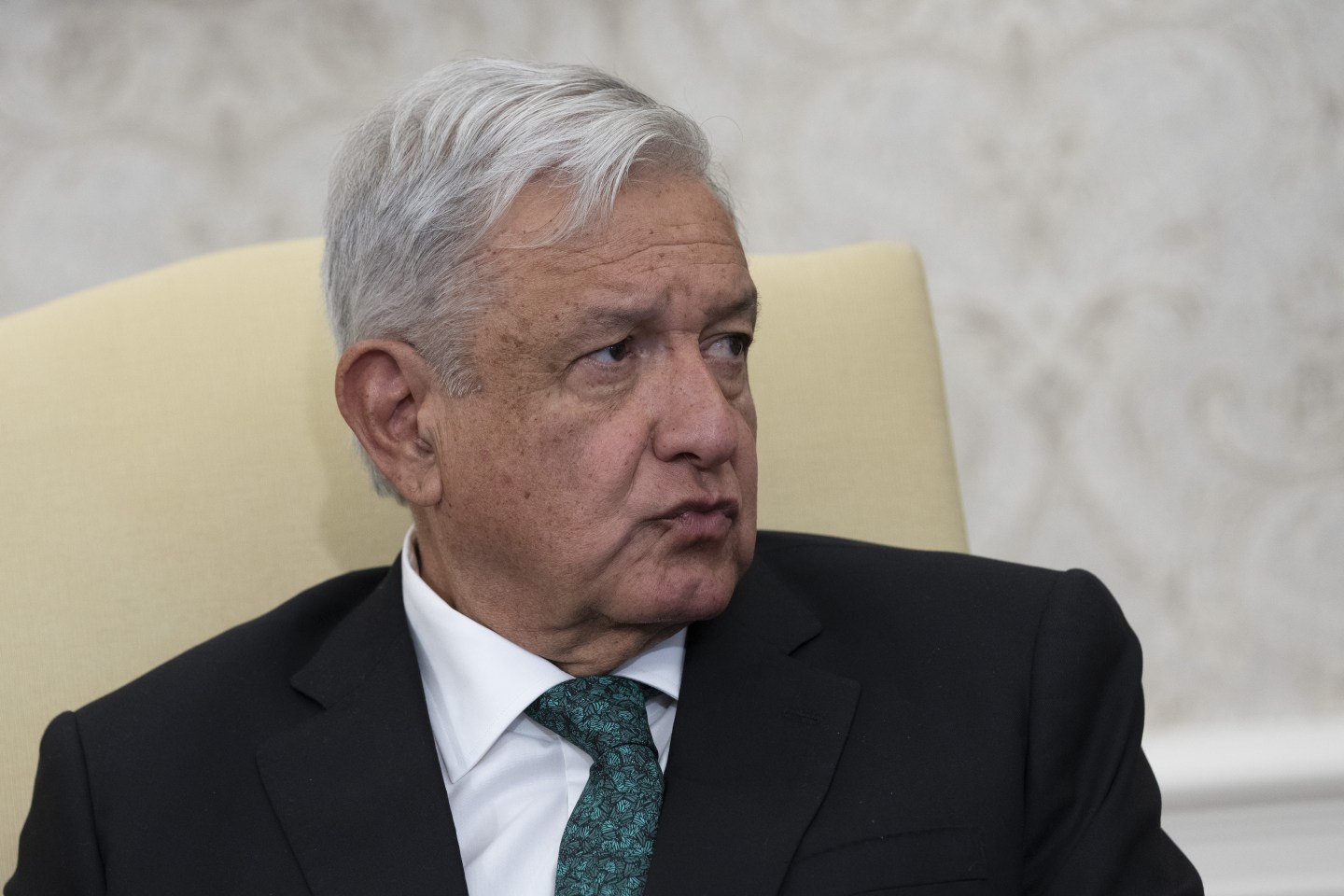 Citizens in drought-plagued Monterrey, the country’s industrial heartland where beermakers like Heineken NV have facilities, have suffered from water scarcity for months as dams emptied out. Lopez Obrador said the government will support companies that want to produce beer in the south or southeast.

“This is not to say we won’t produce any more beer, it’s to say that we won’t produce beer in the north—that’s over,” Lopez Obrador said at a daily press conference. “If they want to keep producing beer, increasing production, then all the support for the south or southeast.”

Alongside Heineken, Mexican beer giant Grupo Modelo, controlled by AB InBev, the world’s largest brewer, has facilities in the north. Lopez Obrador cited the case of Constellation Brands as an example of what policy for one of Mexico’s main industries should look like. The company had planned a beer plant in the border city of Mexicali, but in 2020 Lopez Obrador ordered that the project be stopped over water issues after a consultation with local citizens.

The company has since said it would build in the southeastern state of Veracruz. However, nine months after that announcement the company still hadn’t built anything on the site, as it still awaits permits, El Financiero newspaper reported last week.

In late July, Heineken offered to give up 20% of the rights it holds to water in Monterrey, and to donate a well, while the city deals with the crisis. Lopez Obrador had earlier called on beer companies to help out.

The companies produce household names in the beer industry. Grupo Modelo owns the Corona, Modelo Especial and Pacifico brands, among others, while Heineken produces the Dos Equis, Tecate and Bohemia brands, among others. Imported beer makes up close to 18% of the all beer consumed in the US, according to the Beer Institute, which works with the US Department of Commerce to track beer volumes in the US.

Mexico provided 76% of all the beer imported by the US last year, according to Commerce Department figures cited by the Beer Institute.

“You can’t give permits in places where there’s no water,” said Lopez Obrador, known as AMLO. “So, we’re going to intervene and that’s what the state is for.”

While the pandemic has snared supply of beer, demand has also shot up in Mexico with beer sellers running out of popular bottles. The price of Victoria and Corona beers, both made by Grupo Modelo, went up 24% from late May to early June.

Heineken Mexico said in June that it would invest 1.8 billion pesos ($89 millon) in a can-making plant in Meoqui, Chihuahua, near the US-Mexico border, due to growing demand. It’s unclear if Lopez Obrador’s announcement will affect those plans.

–With assistance from Maya Averbuch and Brendan Case.