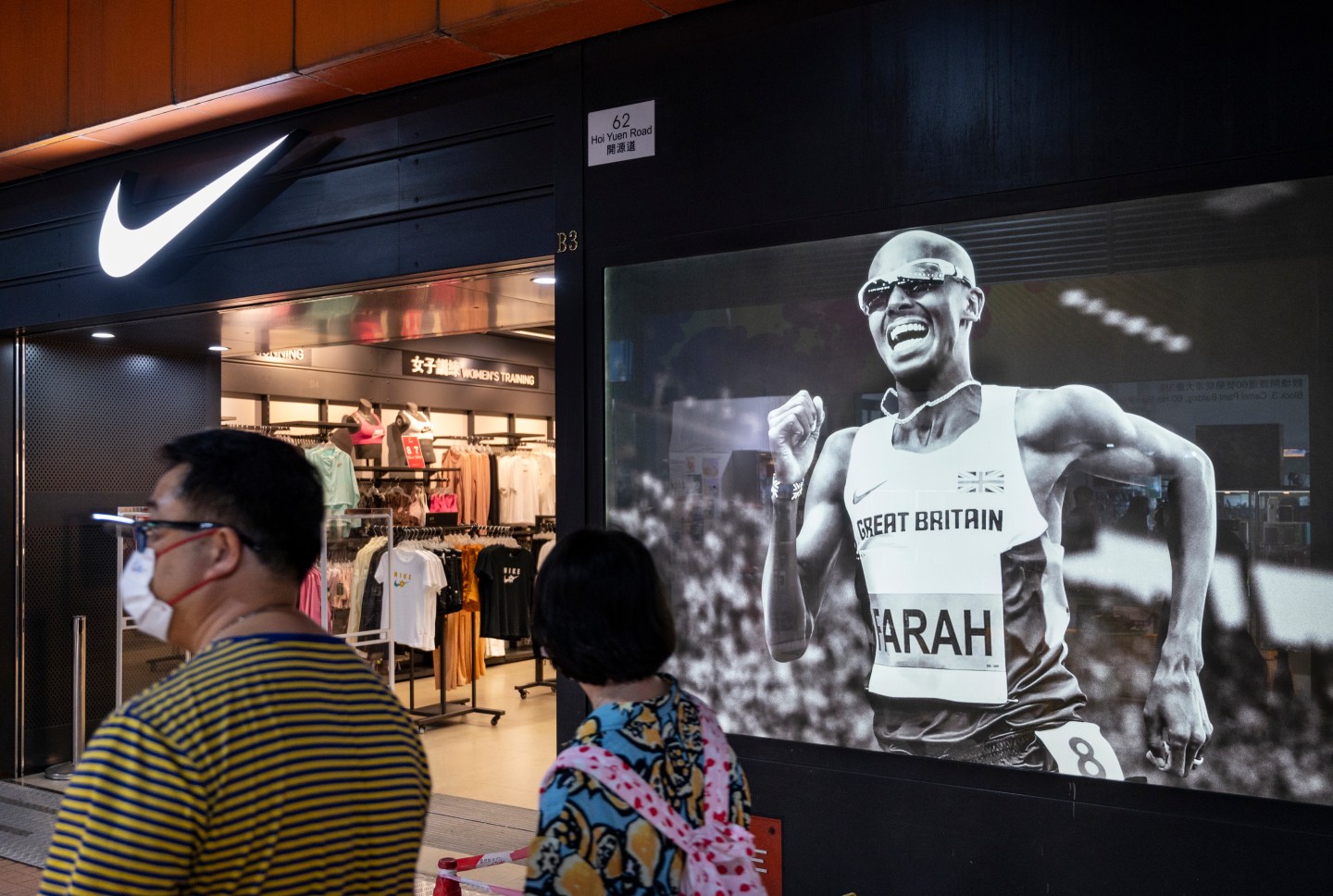 Nike will release hiring data on recruitment and promotions of underrepresented groups by 2024.
Budrul Chukrut—Getty Images

Nike has committed to joining some of the biggest companies in the U.S. releasing data on the recruitment and promotion trends for minority, women, and underrepresented groups within the company by 2024.

In the past few years, more and more businesses have stepped up to provide more transparency when it comes to the diversity—or lack thereof—in their ranks. This shift is in part a result of the reckoning on race, equity, and inclusion sparked in 2020 following the death of George Floyd.

Nonprofit shareholder advocacy group As You Sow helped lead the push, calling on Nike last year to release more information and shed a light on just how effective its diversity and inclusion programs are. As You Sow won support from roughly 35% of Nike shareholders in a 2021 proxy proposal asking the company to release the additional data that they said at the time would “increase alignment with Nike’s marketing around racial and social justice themes, which historically includes athletes and celebrities of color.”

The group had another request ready to go in front of investors this year, but withdrew it with the announcement of Nike’s promise to release the data. While Nike confirmed the accuracy of the commitment, the company did not comment on the matter.

“Investors were concerned that Nike might be seen as inconsistent in its external marketing image and its internal policies and practices if it continued to advertise themes of race and social justice without providing detailed data on the effectiveness of its own internal diversity programs,” As You Sow CEO Andrew Behar said in a press release this week.

Nike joins some 80-plus S&P 100 companies, including Apple, Disney, Microsoft, Netflix, and JPMorgan Chase, that have made public promises to increase levels of transparency around hiring and promotion.

Nike will release employment data parsed by gender, race, and ethnicity in line with the Equal Employment Opportunity Commission. Investors also requested retention rate data, according to As You Sow, but Nike has declined thus far to release that information.

“Nike has allocated significant capital into building its reputation as a leader on social justice issues,” said Meredith Benton, As You Sow’s workplace equity program manager. “Investors have been seeking reassurance that its own practices are sufficiently implemented to protect its very valuable brand.”

Nike has been criticized in the past for its treatment of female athletes and employees. In 2018, former female employees sued the company for gender discrimination and fostering a hostile working environment. And in 2019, hundreds of Nike employees protested the company, marching on the headquarters in Beaverton, Ore. The march was intended to “celebrate what women bring to sport and to champion equality,” the Willamette Week reported at the time.

The protest came on the heels of an op-ed from Nike athlete Mary Cain in the New York Times. In the piece, Cain, who became the youngest American track and field athlete to make a World Championships team in 2013, said when she arrived at Nike’s campus to meet with the all-male staff she was told in order to improve she would have to get “thinner and thinner and thinner.”

In February 2021, the company announced a commitment to achieve 50% representation of women in its global corporate workforce and 45% in leadership positions by 2025. In addition, Nike said by 2025, 35% of its global corporate workforce should comprise U.S. racial and ethnic minorities, and it expects to have 30% representation of racial and ethnic minorities at the director level and above in the U.S.

“We’re not seeing resistance from companies around sharing diversity and inclusion data,” Benton said in the release. “We’re hearing, ‘We know we need to figure out how to do this.’ When we contact a company or escalate by filing a resolution, we help to speed up its timeline to get their data ready to be seen.”

Despite companies having many high-profile media moments touting their diversity and inclusion efforts, most employees remain skeptical, worrying such programs are little more than performative allyship. True commitment to diversity, equity, and inclusion at companies takes money, strategy, and time, Ericka Brownlee-Keller, a DEI professional based in Washington, D.C., previously told Fortune.

Expanding transparency around hiring and pay can be one measure of a successful DEI program. Employees—and the public—should have easy access to data, including the number of diverse employees a company is bringing in, investing in, retaining, promoting, and putting in positions of leadership and influence.