Inflation is so bad in the U.K. a third of workers plan to take a second job to pay the bills 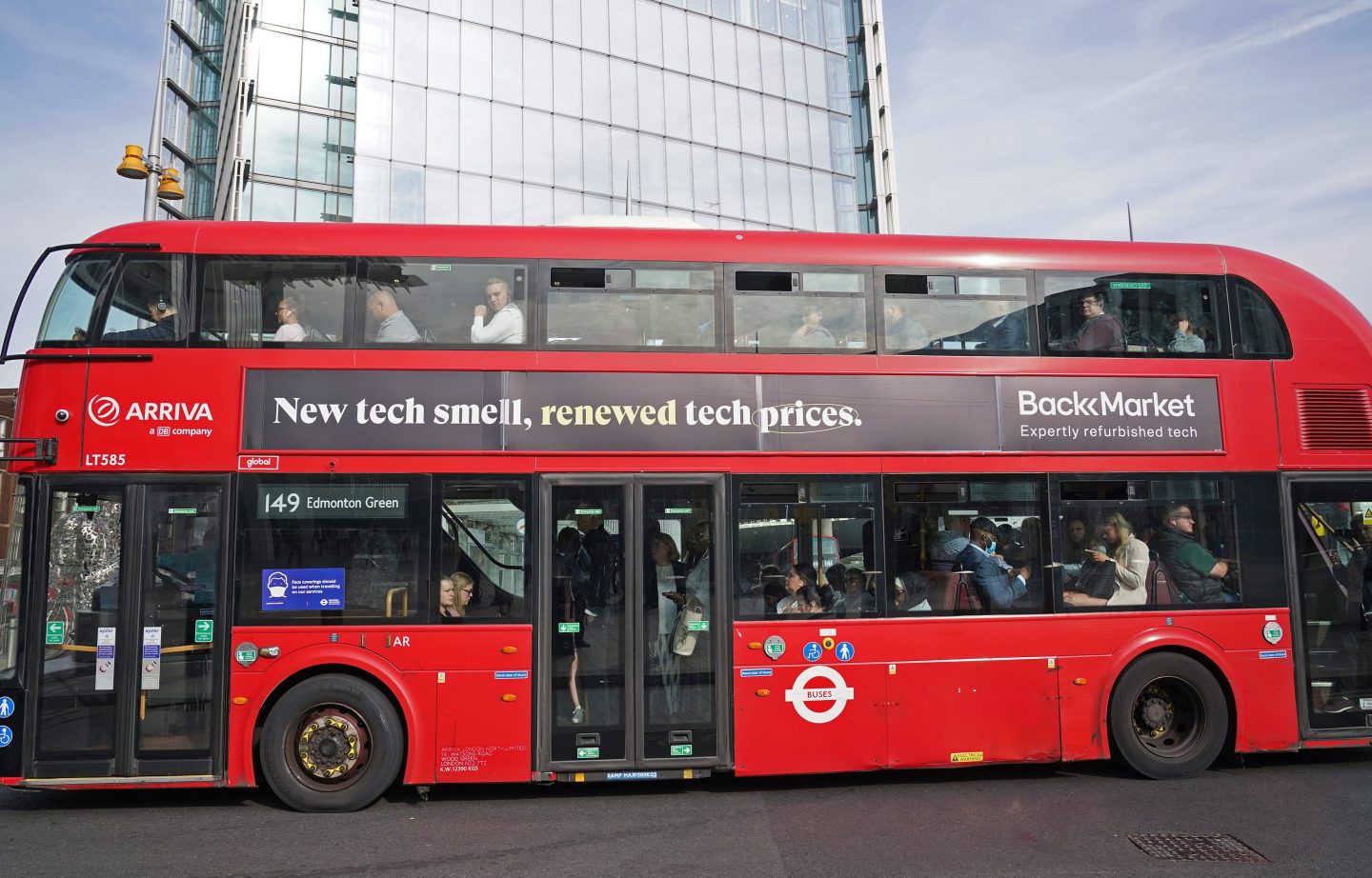 Commuters onboard a bus at London Bridge station on July 28, 2022, the day after members of the Rail, Maritime and Transport union from 14 train operators went on strike over jobs, pay and conditions.
Yui Mok—PA Images/Getty Images

Almost a third of U.K. workers plan to take on a second job to help pay the bills and cope with the harshest cost-of-living crisis in memory, according to new research.

A national survey of 2,000 workers by Indeed Flex, an online marketplace for flexible employment, found that 32% of people plan to do temporary work of top of their existing job to boost their income.

Of those polled, 19% already have a second, temporary job. Another 11% plan to take on a few more shifts and 8% want a lot more shifts, the survey found.

The figures underline the scale of the squeeze some households are facing as basic living costs rocket far faster than wages.

Food prices are climbing at more than 8%, and regulated energy bills are expected to rise by a further 60% in October to over £3,000 — a total increase of about 150% in a year. Prices at the petrol pump have also hit record highs.

Wages, meanwhile, are falling in real terms at the fastest rate on record as pay fail to track inflation, now at a 40 year high of 9.4%.

“Our research reveals that many workers have sold unwanted clothing and household goods to bring in extra cash, but temporary work is a more reliable source of income,” said Novo Constare, chief operating officer and co-founder of Indeed Flex. “The financial benefits of temping have been thrust center stage. Temping offers an instant way for them to top up their earning power.”

Workers in London are the most likely to take up a temporary job. Almost a fifth, 17%, of those planning to do temp work as a result of the rising cost of living are in the capital, while 12% are in North West England, 11% in the South East and 10% in the West Midlands.