Two Wall Street titans weigh in on inflation and recession. One says ‘relax, don’t panic’. The other predicts it’s going to get worse 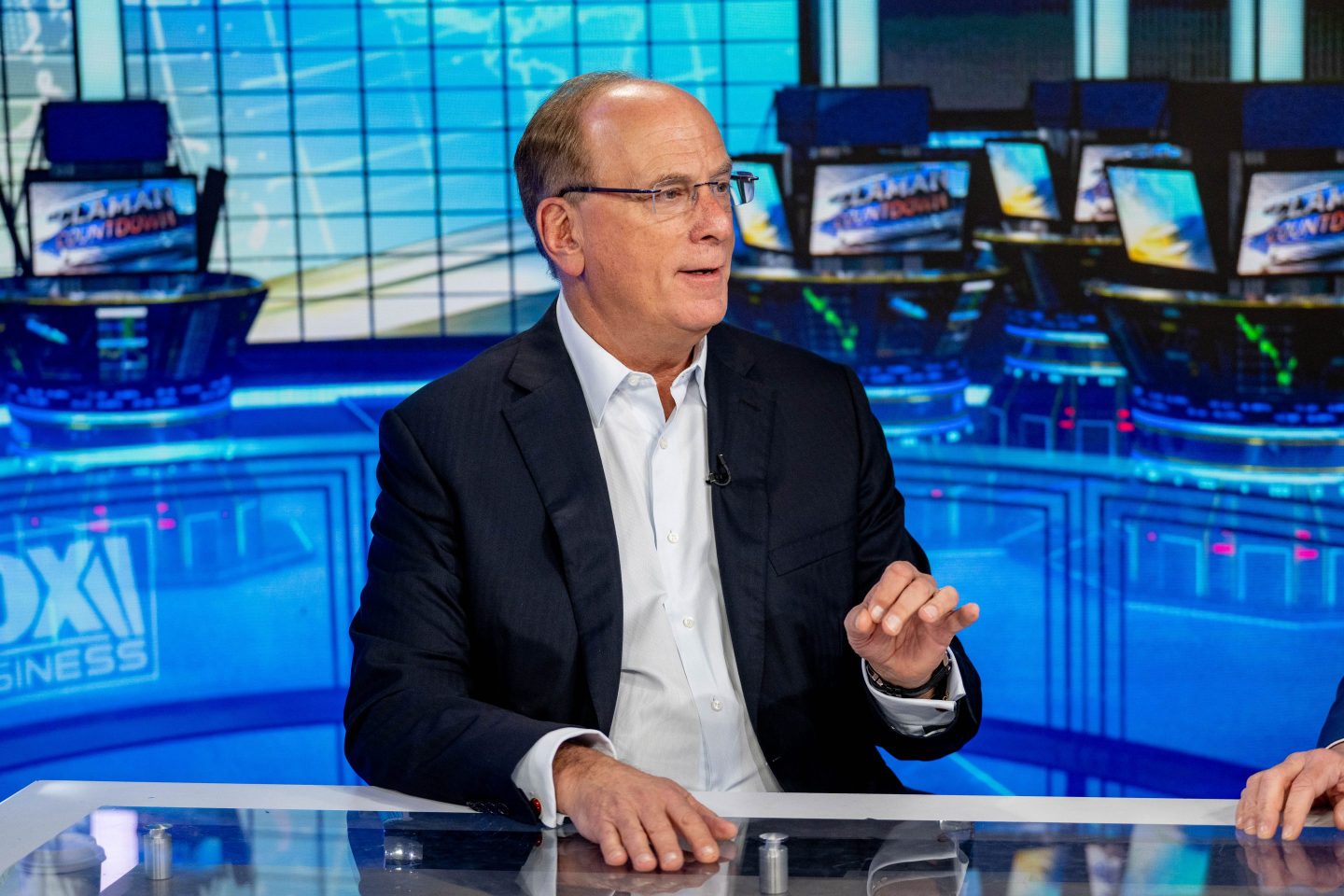 Goldman Sachs chief executive David Solomon is warning of trouble ahead, urging people to prepare for worsening inflation and an approaching recession.

Solomon, speaking to CNN‘s Poppy Harlow, said people should begin preparing for an environment of higher inflation, adding, “there’s a good chance that we haven’t quite reached the peak yet.”

The odds of a recession are high, especially after the three outsized rate hikes seen this year, Solomon said, noting, “anytime you have high inflation and go through an economic tightening, you wind up having some sort of an economic slowdown.”

But as Solomon flashes warning signs about the state of the economy, BlackRock CEO Larry Fink is taking a very different tack—calling the economic headwinds currently roiling markets “business as usual” for long-term investors.

Speaking on CNBC’s Jim Cramer’s Mad Money on Wednesday, Fink said, “A really famous person called me up, panicking, ‘what should I do, I’ve got to get out, I can’t stand it, I can’t stand it.’ And I said, ‘go on vacation.’”

He recounted telling the person, “If you really can’t stand it, then sell it… But the reality is, we’ve seen this. Inflation is going to be fixed over time. We’re already seeing commodity prices crashing from the highs,” he said.

When asked if persistent inflation, a likely increase in the Fed rate, and the Ukraine war were a threat to the health of the U.S. economy, Fink indicated that these were all “fixable” and that demand has remained unchanged throughout the turmoil.

“The Federal Reserve’s tool is to tighten, and through tightening they limit demand. So is there a risk of a recession? Sure there is. And even if we’re in one, it’s going to be quite mild. The financial foundation of America is as strong today as ever.” he said.

Despite Fink’s rosy outlook, markets are moving with trepidation after the consumer price index shot up more than 9.1% for the month of June, signaling the Fed may be on track for another big interest hike this month.

“Let’s be clear. We do have really elevated inflation. A lot of it is policy generated,” Fink said. The BlackRock CEO has long argued that nationalistic policy-making, like the push to make U.S. industry produce goods domestically and the tightening of legal immigration, has made inflation worse.

But Fink argues that despite rising prices, underlying demand has stayed unchanged and supply is improving. Fink argues commodity prices have dropped since the start of the year and supply chains, which were snarled as the world exited the global pandemic, have improved.

Commodities like copper and lumber, which both soared in 2021, have dropped by 21% and 41% since the start of the year. Even crude oil, which shot above $140 a barrel after the war in Ukraine broke out, has been steadily dropping as traders fear a recession might bring on demand destruction.

However, Goldman Sach’s Solomon doesn’t see inflation coming back down. Solomon said inflation is “definitely not transitory” and is here to stay. Solomon previously said on Goldman’s second-quarter earnings call with investors on Monday that inflation is entrenched in the economy and it may not come down in the second half of the year.

Solomon ended the interview with caution. “I can’t tell you what the world’s going to look like in six months. If the world looks more difficult, we’ll adjust accordingly. We always try to be extremely nimble in how we think about these things,” he said.