Abortion benefits make their way into the boardroom post-Roe 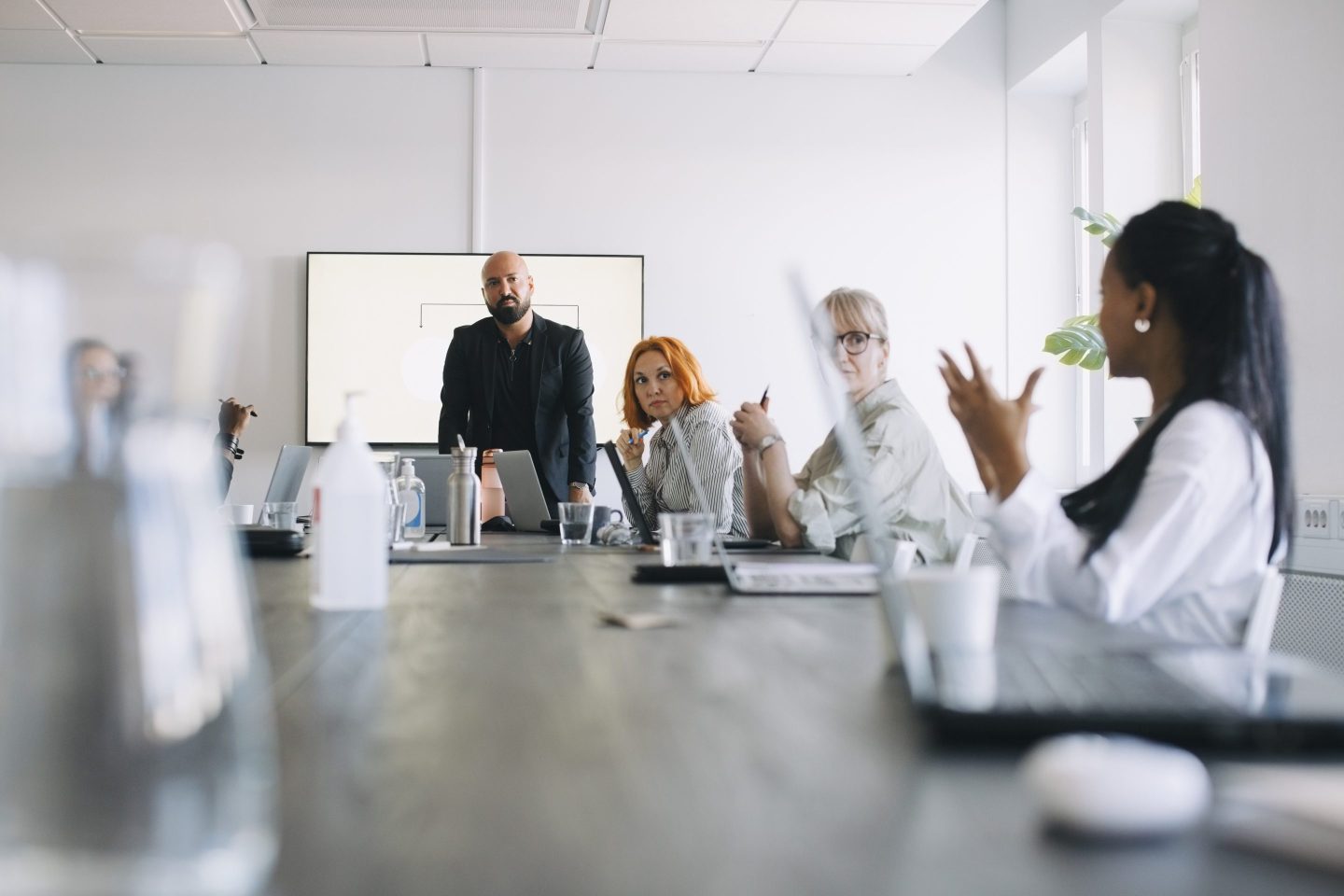 Corporate boards are not immune to the reality and implications of a post-Roe world. In fact, boards that fail to take action to protect their employees, especially those in antiabortion states, can expect to find themselves in the hot seat with their workforce.
Maskot/Getty Images

Good morning, Broadsheet readers! This is Lila MacLellan, filling in for Emma. I’m the new lead writer for Fortune sister newsletter The Modern Board, where I’ll be covering corporate board issues and spotlighting the most innovative boards. Subscribe to my newsletter here.

– The board’s post-Roe conundrum. Years ago, if you had told a corporate director that access to abortion would become a governance issue, they might have laughed you out of the boardroom.

Not only did Roe v. Wade’s reversal once seem unlikely, but corporate directors used to have narrowly defined jobs. They hired the right CEOs, fired the wayward ones, and reviewed a company’s finances on behalf of investors.

While today’s boards still have a diversity problem, they are more representative of the U.S. workforce, as more companies recognize that their long-term economic health and reputation—core concerns for any board—are linked to their response to environmental and social issues. In other words, the current crisis around abortion access is squarely a board-level problem.

To date, the public conversation about corporate reactions to state abortion bans has centered on CEOs. Little has been said about the influence that boards wield, says Amelia Miazad, a professor at UC Davis School of Law, who specializes in governance and ESG issues. That may be because the board’s role when it comes to environmental, social, and political concerns is evolving and hard to define, she says. “There’s no playbook for this.”

Miazad argues that advocates would do well to pay attention to boards, even as they stumble through the ESG revolution. After all, they’re the corporate power centers charged “with ensuring the viability of the company,” she says. “CEOs come and go.”

Dozens of large companies, with the support of their boards, have pledged to pay the medical and travel costs for employees who leave their home states for an abortion, triggering threats of legal retaliation from some antiabortion lawmakers. But beyond the first movers, most boards are still quietly weighing their next move, corporate governance experts say. Boards are aware of the legal hazards, but also “mindful of the fact that they have a broad set of employees and they want to be respectful of everyone’s viewpoints,” says Lorraine Hariton, president and CEO of Catalyst, a nonprofit that studies women in the workplace.

Over the coming months, board meetings could easily grow long and become more contentious.

As it stands, executive decision-making about reproductive health or any social issue is nascent, Miazad explains, and CEOs sometimes act unilaterally on important social causes, catching boards off guard. “Other times, it isn’t clear who the internal decision makers are,” she adds. Although boards are now developing systems and processes to address this ambiguity, it’s unclear whether they have implemented guidelines for making tough calls, such as identifying when they should or shouldn’t step into a public debate.

Friday’s Modern Board newsletter will lay out several steps that board directors can take to respond to this moment and to prepare for inevitable jolts to come, with input from Miazad, Hariton, and Jill Habig, who leads the Public Rights Project, an advocacy group that’s working to overturn Michigan’s criminal abortion ban.

For now, Miazad’s message to boards who haven’t yet engaged with this topic is this: get busy. Prepare to be scrutinized for action and inaction. Pay special attention if your organization has ever promised to pursue gender equity within its employee ranks, she says, because “it’s hard to square a commitment to gender equity with staying silent on reproductive justice.”

Finally, says the professor, expect abortion access to be “a hot topic during the next proxy season.”

Correction, July 28, 2022: A previous version of this article stated that the Public Rights Project was working in Minnesota. Habig and her team are focused on Michigan’s abortion laws.

- New policy. Disney-owned streaming platform Hulu will now accept political ads, following criticism for its refusal to run ads on certain issues central to the Democratic party’s platform, including abortion and guns. The move now brings the streaming service in line with its parent company’s ad policies for its entertainment and sports cable network channels, which permit political issue advertising. However, such ads must align with the network's standards and will be subject to requests for edits. Disney+ will not run political ads when it launches its own ad-supported tier. Axios

- Open about pay. Younger employees feel more comfortable sharing their salary with coworkers than their older counterparts, the latest LinkedIn Workforce Confidence survey finds. Roughly four in five Gen Zers agree that pay transparency leads to greater equality, while just 47% of Gen Xers and 28% of Boomers feel the same. While disclosing salary is important, actionable change only happens when the most privileged workers opt-in. One expert's advice? “Go find the tallest, whitest dude” and ask for his salary. Fortune

- Business incentive. Major entertainment companies like Netflix, Disney, and Amazon have pledged to cover the cost of employees traveling out of state to receive abortions. But none are removing their businesses from antiabortion states like Georgia and Texas. Georgia offers a 20% tax deduction for film companies that spend $500,000 or more in the state, allowing them to save millions on production. In 2019, when the state implemented an abortion ban after six weeks gestation, production companies remained in the state despite outcry from celebrities and production studios. Bloomberg

- Making room. A recent rule change for Hong Kong’s exchange listing means 1,300 board seats will become exclusively available to women within the next few years. The Hong Kong exchange now requires any new company to have at least one member of a different gender on the board, starting this month. By 2025, all companies will have to have gender diversity on their board. Currently, women hold just 16% of board seats at companies listed in Hong Kong. Bloomberg

- At the polls. Kansas’ Supreme Court ruled in 2019 that the state’s constitution protects the right to an abortion. Voters might soon say otherwise. Next Tuesday, residents will vote on a proposed amendment removing that right, allowing the Republican-controlled state legislature to further restrict abortions. Rejecting the amendment is an uphill battle, but recent pushback and the implementation of harsh bans in neighboring states like Texas could lead to an upset. Vox

- Exchange offer. The Biden administration has offered to exchange convicted Russian arms trafficker Viktor Bout for the release of WNBA star Brittney Griner, who is entering her sixth month of detention for smuggling hashish oil into Russia. Griner, who pleaded guilty to the charges but said she unintentionally packed the cannabis, testified in a Moscow courtroom on Wednesday that she was subject to an interrogation upon her arrest that was mostly untranslated, and told to sign papers with no explanation of what they were.

'They Accused Me of Poisoning the Nation:' Chef Pii's viral Pink Sauce has turned into a TikTok nightmare Vice

The abortion clinic on the run The Cut

“Of course, you can say maybe it has taken too long, but yeah, but I’m just happy it’s here. I think the time is right.”