Pfizer’s anti-COVID pill — used by Biden — is expected to rake in $23.2 billion, but confusion and weak demand could cause supply glut 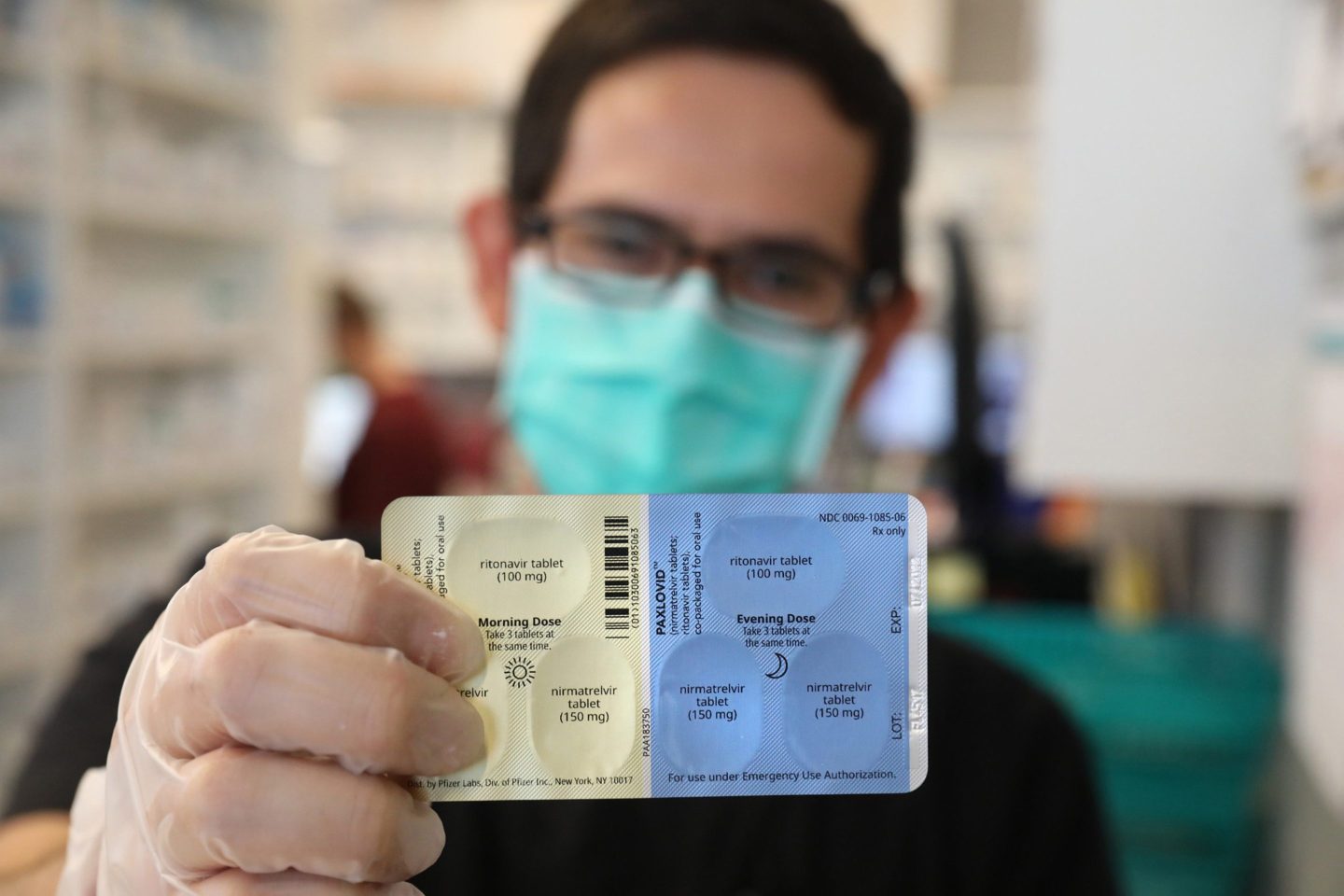 President Joe Biden is said to be “doing just fine” after testing positive for COVID-19—an outcome that could be attributed to pharmaceutical intervention.

The 79-year-old has received four doses of COVID vaccines, and was prescribed a course of antiviral treatment Paxlovid after contracting the coronavirus.

Earlier this month, the FDA authorized pharmacists to prescribe Paxlovid to people over the age of 12 who test positive for COVID-19 and are at high risk of developing severe symptoms.

Those considered at high risk include individuals with underlying health conditions, such as diabetes or kidney disease, as well as people over the age of 65.

Treatment with Paxlovid—an oral treatment manufactured by Pfizer—must begin within five days of symptom onset. Patients are given a five-day course of the medication, consisting of three pills taken twice a day.

The FDA had previously granted the drug Emergency Use Authorization in December last year, making it the first anti-COVID pill to be approved for use in the United States.

According to projections from health analytics firm Airfinity, Paxlovid is expected to “dominate” the rapidly growing COVID-19 oral antivirals market this year.

In a report published on Monday, the company’s analysts said Paxlovid is forecast to help manufacturer Pfizer earn $23.2 billion this year—meaning the pharmaceutical giant is expected to win a 79% share of the oral COVID treatments market.

Airfinity also noted that Paxlovid was clinically superior to competitor Molnupiravir, the antiviral manufactured by Merck and Ridgeback Biotherapeutics that was also granted emergency use authorization by the FDA in December.

In phase 2/3 clinical trials last year, Paxlovid was shown to reduce the risk of hospitalization or death in high-risk COVID-19 patients by 89%.

Meanwhile, Merck’s phase 3 trial of Molnupiravir last year found that the drug cut the risk of hospitalization or death by 50%.

Despite Paxlovid’s efficacy in reducing the risks for high-risk patients, Airfinity said on Monday that “it has become clear that uptake of Molnupiravir and Paxlovid has been lower than expected.”

“Slow uptake will reduce the number of repeat purchases as countries are unlikely to run low on stock in 2022,” the organization said.

Dr. Vivek Cherian, a Chicago-based internal medicine physician, told Fortune on Monday that the data around Paxlovid was “quite impressive,” but use of the treatment was not as widespread as it should be.

“Ironically the medical community was excited for this pill to come to market so it could be available to particularly high-risk individuals, but I have noticed hesitancy in prescribing this medication which primarily comes from a lack of physicians educating themselves on it,” he said.

According to Cherian, part of the confusion comes from a lack of awareness of who is eligible to be prescribed the antiviral treatment, despite the criteria being “quite broad.”

“Simply for being over 65, you automatically qualify, for example,” he explained. “Paxlovid (like other medications) also has some side effects, and drug-drug interactions. However, physicians appropriately educating themselves about these interactions can boost confidence in appropriately prescribing the drug.”

Cherian added: “Bottom line, this is an extremely effective medication in our arsenal for the fight against COVID-19 that has been underutilized to date. Ultimately, empowering physicians with more knowledge regarding Paxlovid so more patients can get this drug will benefit us as a society.”

According to government data, there are currently more than 1.3 million sites across the U.S. where patients are able to access Paxlovid.

Elsewhere, GlobalData said in a report last month that Paxlovid’s approval in more countries would see sales surge and make it the leading COVID-19 therapeutic treatment—but the report’s authors also predicted that Paxlovid sales would fall from 2023 onward thanks to more booster vaccines.