Biden feeling ‘much, much better’ after BA.5 COVID diagnosis 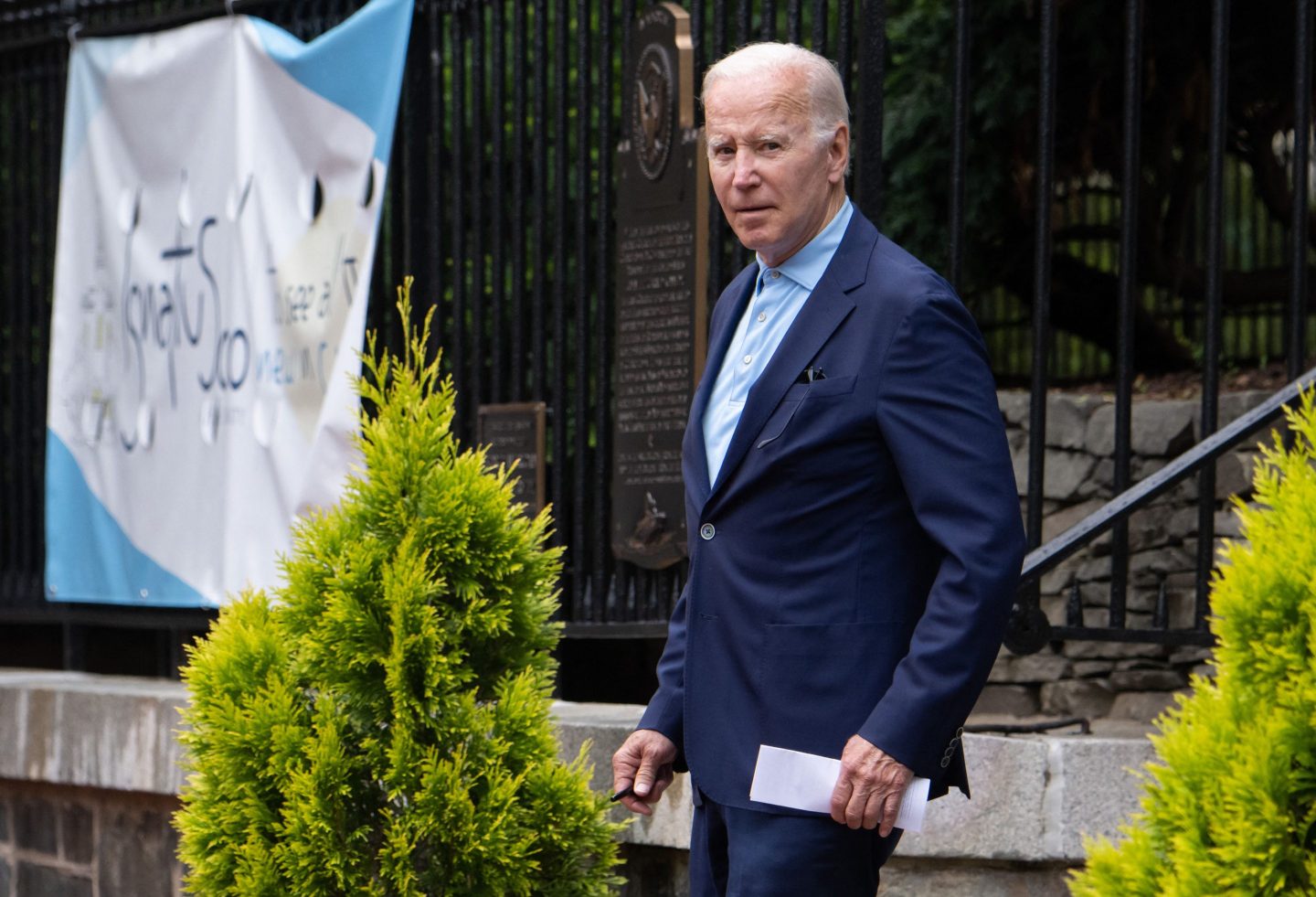 President Joe Biden is feeling “much, much better” after testing positive for the coronavirus, the White House COVID-19 response coordinator said Sunday, confirming that the 79-year-old U.S. leader was infected with a highly contagious variant spreading throughout the country.

“It is the BA.5 variant … but thank goodness our vaccines and therapeutics work well against it, which is why I think the president’s doing well,” Dr. Ashish Jha told CBS’ “Face the Nation.”

“I checked in with his team late last night. He was feeling well. He had a good day yesterday. He’s got … an upper respiratory infection and he’s doing just fine. We haven’t gotten any updates this morning, but throughout the night he was feeling much, much better.’’

That variant is an offshoot of the omicron strain that emerged late last year. It is believed responsible for the vast majority of coronavirus cases in the country. Biden tested positive for the virus on Thursday morning. He has been isolating in the White House residence since then.

Administration officials have emphasized that his symptoms are mild because he has received four vaccine doses, and he started taking the antiviral drug Paxlovid after becoming infected.

Dr. Kevin O’Connor, the president’s physician, wrote in his latest update Saturday on Biden’s condition that Biden’s earlier symptoms, including a runny nose and a cough, have become “less troublesome,” but that the president now had body aches and a sore throat.

He said Biden “most likely” had the BA.5 variant and that results of the preliminary sequencing indicating that strain did not affect Biden’s treatment plan “in any way.”

Jha pledged that the White House would keep giving updates on the president’s condition and whether he might have long-term symptoms.

“We think it’s really important for the American people to know how well their president is doing,” he said.

“Obviously if he has persistent symptoms, obviously if any of them interfere with his ability to carry out his duties, we will disclose that early and often with the American people. But I suspect that this is going to be a course of COVID that we’ve seen in many Americans who have ben fully vaccinated, double boosted, getting treated with those tools in hand,” Jha said. “The president’s been doing well and we’re going to expect that he’s going to continue to do so.’’