Americans are freaked out about economic collapse. But for the real deal, look at Sri Lanka and its president who fled in the dead of night 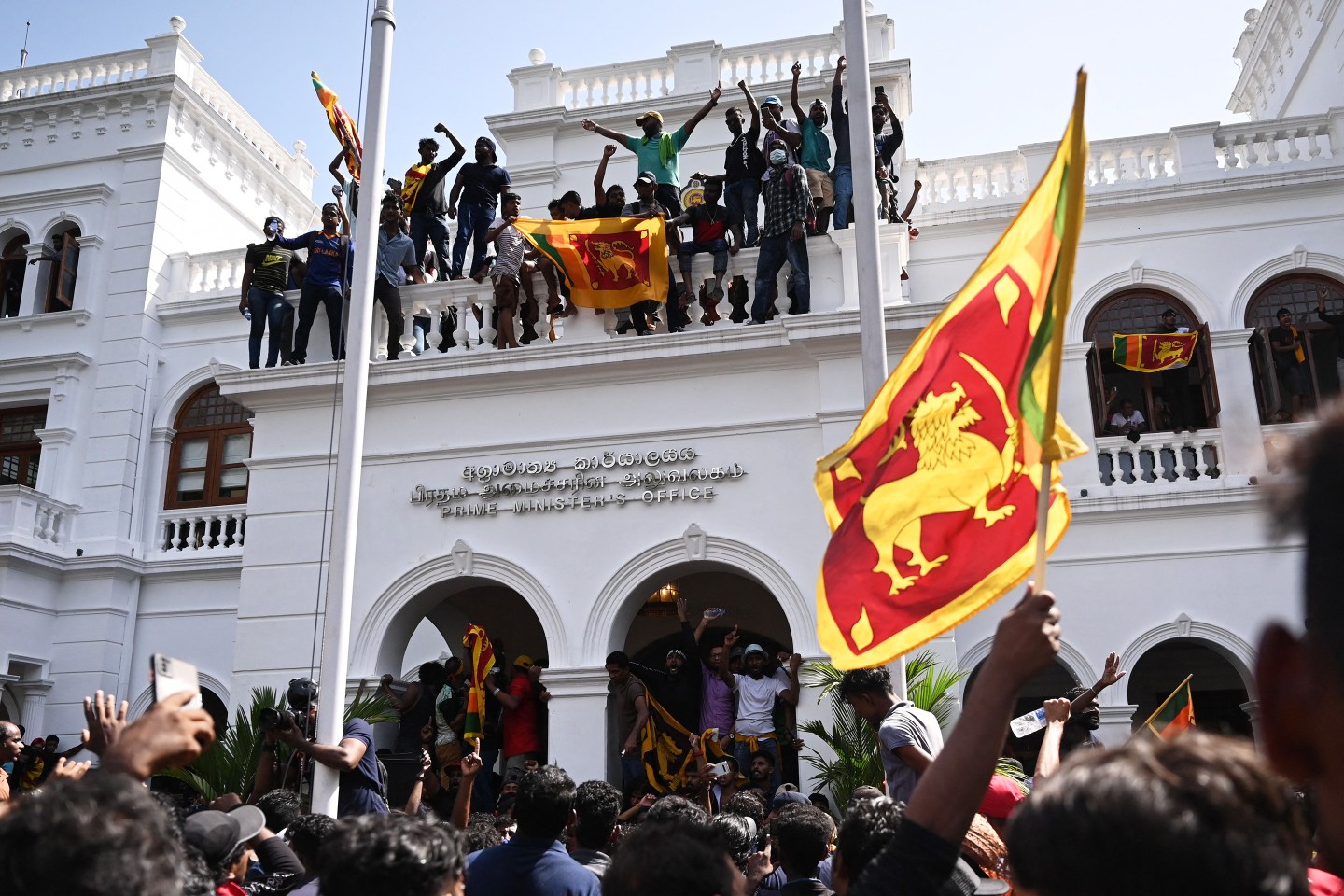 Amid recession fears, a bear market, and rising inflation, Americans are worried about whether the economy can get worse. But compared to Sri Lanka, the current U.S. economic troubles are minor.

After months of peaceful protests against the government, and seeing no change, as reported by the New York Times, a huge crowd of Sri Lankans stormed the president’s office and residence in Colombo last weekend, in hopes that he and the prime minister would step down. Ultimately, both signaled they would.

The protests were triggered by the nation’s severe fuel shortages that have led to soaring food and medicine prices. The nation’s inflation rate of 54.6% could escalate to 70% by the end of the year, according to ​​central bank Governor P. Nandalal Weerasinghe.

“Nearly five million people, or 22 percent of the Sri Lankan population, are food insecure and in need of assistance,” according to the United Nations as of last month.

On Wednesday, President Gotabaya Rajapaksa fled the country, traveling first to the Maldives before heading to Singapore. He appointed Prime Minister Ranil Wickremesinghe as acting president, leading to more protests and to the government declaring a state of emergency.

On Thursday, Rajapaksa resigned in a letter sent via email to Sri Lanka’s parliamentary speaker.

“We have received a letter with the president’s signature on it informing that he intends to resign but we need to check on a few legal matters,” the representative for the speaker’s office told the Wall Street Journal.

Sri Lanka is now seeking a $4 billion loan from the International Monetary Fund to combat the economic crisis that was exacerbated by the pandemic’s halt in tourism. But the nation’s economic troubles were evident before COVID, including foreign debt totaling $51 billion.

In the U.S., the economy is sputtering. Although the Federal Reserve is trying to cool inflation — now just over 9%—without triggering a recession, some economists say a recession is inevitable.

Consumer sentiment slid to a record low in June and has remained relatively unchanged this month, with 49% of consumers blaming inflation for “eroding their living standard,” comparable to the all-time high reached during the Great Recession.

Recessions are normal in business cycles and are not without risks, but will the U.S. experience a complete economic collapse – like in Sri Lanka? It’s unlikely.

But there are countries that could be heading to a collapse comparable to Sri Lanka’s.

Afghanistan is among them. After the Taliban seized control in Afghanistan following the U.S. military withdrawal there, that country has faced a humanitarian and economic crisis, with 95% of households experiencing insufficient food consumption and food insecurity. Female-headed households have suffered the most, according to the World Food Programme.