An Omicron vaccine is coming. Should you wait for it—or get your next booster now amid BA.5’s surge? 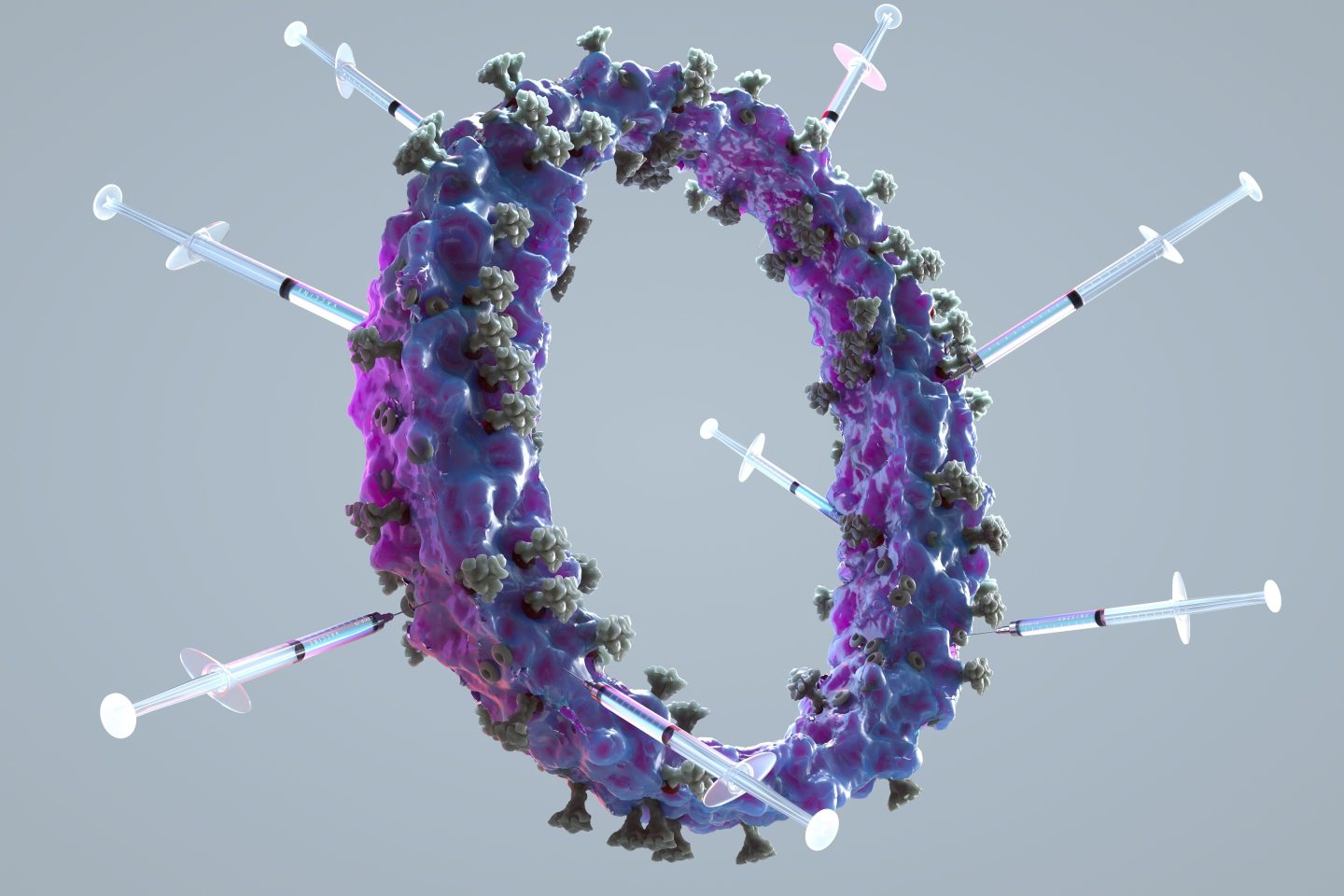 Both Moderna and Pfizer say they're working on boosters that target the Omicron variant.
Getty Images

The Biden administration is reportedly considering making all adult Americans eligible for a second booster shot as the newest COVID variant—Omicron’s BA.5 strain, deemed “the worst version” of the virus seen yet—surges in the U.S.

Those considering getting a fourth dose of the vaccine face a choice: Should they get their second booster now, in hopes of protecting themselves from this new wave of BA.5 infections? Or should they wait until new vaccines that specifically target Omicron and its subvariants are available, perhaps this fall?

Both Moderna and Pfizer say they’re close to releasing new booster shots to the public—pending regulatory approval—that target the BA.1 subvariant of Omicron, which was dominant in the U.S. in January.

Vaccine manufacturers may tailor boosters even further. On June 30, the U.S. Food and Drug Administration recommended that the next round of booster shots target BA.4 and BA.5, the highly transmissible strains of Omicron that now dominate the U.S. After that recommendation, Pfizer told NBC News that it would have such a vaccine ready for distribution by October.

Should you wait to get a booster?

With Omicron-specific vaccines perhaps only months away, Americans may be weighing whether to hold out for those doses or receive their first or second booster now. “It would depend on a person’s underlying health condition,” says Siddharth Sridhar, clinical assistant professor at the University of Hong Kong’s department of microbiology. “People with medical conditions that put them at risk of severe COVID should get the existing vaccine as a second booster.”

For months now, experts have advised vaccine recipients, especially those with underlying health conditions, to receive the doses they’re eligible for as soon as possible rather than consider other factors, like vaccine brand or current COVID case counts.

In March, Bob Wachter, chair of the department of medicine at the University of California, San Francisco, tweeted that those trying to time their second booster with a surge in cases were like investors timing their share purchases with a stock market rally—a strategy “which rarely works.”

“It is important to follow the guidelines that are released and to take boosters as soon as you are eligible for them,” says Ashley St. John, associate professor at Duke-NUS Medical School, citing data that shows a second booster reduces both the likelihood and severity of breakthrough cases. “Those who are eligible to take a booster should do it now,” she says.

Some experts argue that the calculus is different for younger and healthier people. In the U.S., Americans under 50 without compromised immune systems don’t yet qualify for a second booster. And this pool of people is already well protected from severe disease so long as they received their first booster.

Young people “already have sufficient protection against severe COVID, which was already rare [in young people] without vaccination,” says Ben Cowling, chair of epidemiology at the University of Hong Kong.

If young and healthy people want to capitalize on boosters’ protection from infection—which lasts just a few months—they may want to wait until just before cases are likely to spike in their community.

For those folks, it may make sense to plan for another dose in the autumn, when transmission is likely to rise as people spend more time inside, Kawsar Talaat, associate professor of epidemiology at the Johns Hopkins Bloomberg School of Public Health, told National Geographic.

Even the U.S. Centers for Disease Control and Prevention recommends that Americans currently eligible for a booster think about waiting. Guidance the agency released in May says “a second booster may be more important in the fall of 2022, or if a new vaccine for a future COVID-19 variant becomes available.”

Should you get a Omicron booster or an original jab?

If you’ve decided hold off on reinforcing your immune defenses until the fall, should you wait for the Omicron-specific vaccine or take a fourth dose of the original Moderna or Pfizer jab?

Cowling said he hasn’t seen much evidence that proves an Omicron-tailored vaccine would “make a material difference” in protecting against infection and severe disease from the variant compared to what’s already available.

That may be because the Omicron vaccines currently in development—and those for which vaccine makers have released data—target the BA.1 strain of Omicron, which has already been displaced by newer subvariants like BA.5. Now even established subvariants of Omicron like BA.5 are under threat from newer versions of the strain, like BA.2.75, named Centaurus.

On Monday, Moderna said its BA.1-targeting booster produced 1.69 times more neutralizing antibodies against BA.5 than its current vaccine. The vaccine maker also said that it was working on a shot that directly targets BA.4 and BA.5, following the FDA’s June 30 recommendation. Pfizer said last month that preliminary studies showed its Omicron booster produced three times fewer antibodies against BA.4 and BA.5 than the now-obsolete BA.1. Neither company has released data on how the Omicron vaccines protect against severe disease and death.

The speed at which new subvariants of COVID-19 are emerging means new variant-specific vaccines could quickly lose their relevance. Meanwhile, the vaccines already on the market have proven remarkably resilient at protecting against the worst outcomes of COVID, even as the virus rapidly evolves.

“I don’t think anyone should change their planned booster dates in order to wait for an updated vaccine,” says Cowling.