Our gun background check system is broken. Here’s why 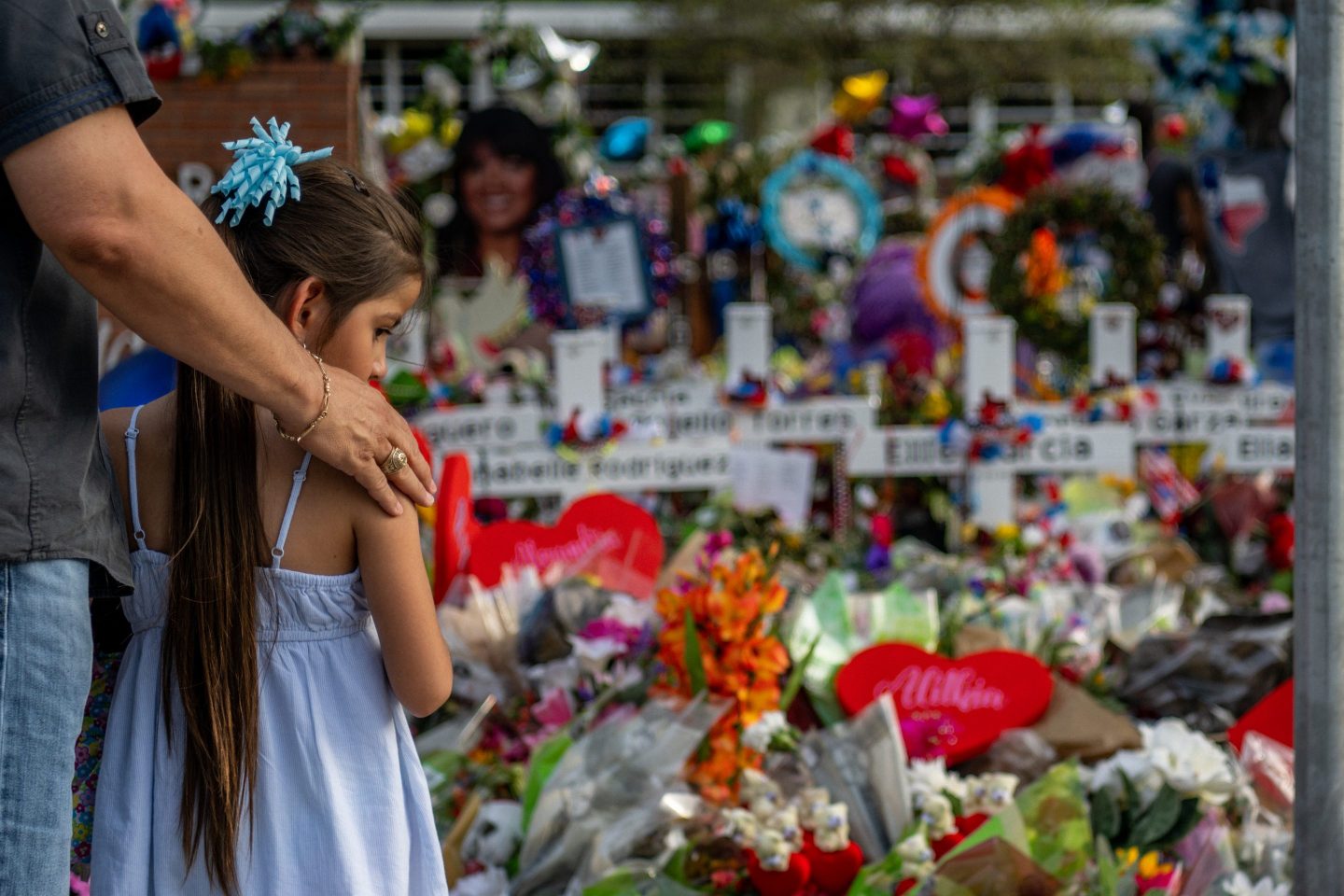 Gender-based violence and online threats are strong predictors of gun violence–but the current system does not take them into account. The shooter who killed 19 children and two teachers in Uvalde, Texas, had been harassing and threatening women online in the months leading up to the mass shooting.
Brandon Bell - Getty Images

Surveys continuously show that up to 90% of Americans want background checks for gun purchases. I am one of those people. But background checks as they currently exist do not prevent many of the most dangerous individuals from purchasing the deadliest weapons.

I know this because I am a domestic violence survivor who has been building background check systems that identify and track perpetrators of harm.

The technology to effectively identify escalating violent offenders exists—but the federal gun background check system is like a piece of Swiss cheese: excluding domestic violence arrests without convictions, not requiring or ensuring states report into the federal gun background check system, and making little to no room for the reporting of harmful behavior that may not have been formally adjudicated by the criminal justice system.

I founded a background check company after going through the traditional justice systems as a survivor of domestic violence. Like many survivors I’ve talked to, I reported the violence to the authorities not only for my own safety but to protect the next potential victim. I soon realized that the traditional justice systems were not designed to do this. While I was able to sue my abuser and create a public record that others can find, to the best of my knowledge, he would not be flagged in a gun background check today.

The extent of a gun background check varies from state to state, but in general, when a person tries to buy a firearm from a federally licensed firearms dealer (FFL), the FFL contacts the government-run National Instant Criminal Background Check System (NICS) electronically or by phone after the prospective buyer fills out a form. A survey found that 40% of gun owners weren’t subject to a background check because they purchased guns outside of a federally licensed firearms dealer.

In 2015, the NICS call centers processed background checks in an average of just over two minutes. In those few minutes, the NICS is looking for a few things, notably whether an individual has been convicted of a felony crime or a more severe misdemeanor, and whether they have had a domestic violence conviction.

The system does not flag any arrests that did not end in a conviction or police reports that weren’t investigated–although the recently passed federal gun safety bill now does flag domestic violence convictions brought by dating partners (known as the “boyfriend loophole”).

Since launching in 1998, more than 300 million checks have been performed by the NICS, leading to more than 1.5 million denials. That means that only 0.5% of all gun purchases are denied because of background checks. Meanwhile, studies have shown approximately a quarter of individuals (25.3%) report perpetrating physical violence in an intimate heterosexual relationship.

Studies consistently show that a history of violence is the biggest indicator of future violence. If we took domestic violence reports seriously, we could likely spot shooters in the making, get them help, and reduce the carnage brought about by gun violence.

In many states today, anyone who has been arrested but not convicted for domestic violence can waltz into a gun store and purchase an AR-15. Because the new federal legislation isn’t retroactive, so can people who have previously been convicted of domestic violence against someone who is not their spouse. That means that even after a background check has been run, people with histories of violence against women or other family members can casually purchase weapons that are made to “explode human bodies.”

People also need a way to report alarming online behavior–and we need that information to make its way to sellers of guns. Online abuse is an incredibly strong predictor of offline abuse. The shooter in Uvalde had been harassing and threatening women online in the months leading up to the mass shooting. A 2021 study by the ICFJ found that 73% of women journalists surveyed experienced online violence in the course of their work, with a fifth enduring in-person physical violence.

Previously, NICS enabled mental health professionals to submit information about severe mental health issues. The new federal gun legislation gives $750 million to states to encourage them to enact red flag laws that enable others to report in varying degrees. While this is a step in the right direction, a national system that enables concerned individuals and online platforms to report escalating harmful behavior would de-silo critical information and enable consistent enforcement.

While background checks will never be a silver bullet solution for gun violence, by enhancing and expanding the ways in which they’re conducted, we can begin to create real change in reducing gun violence.