The euro and dollar are worth the same for the first time in 2 decades. Here’s how their values have changed during that time 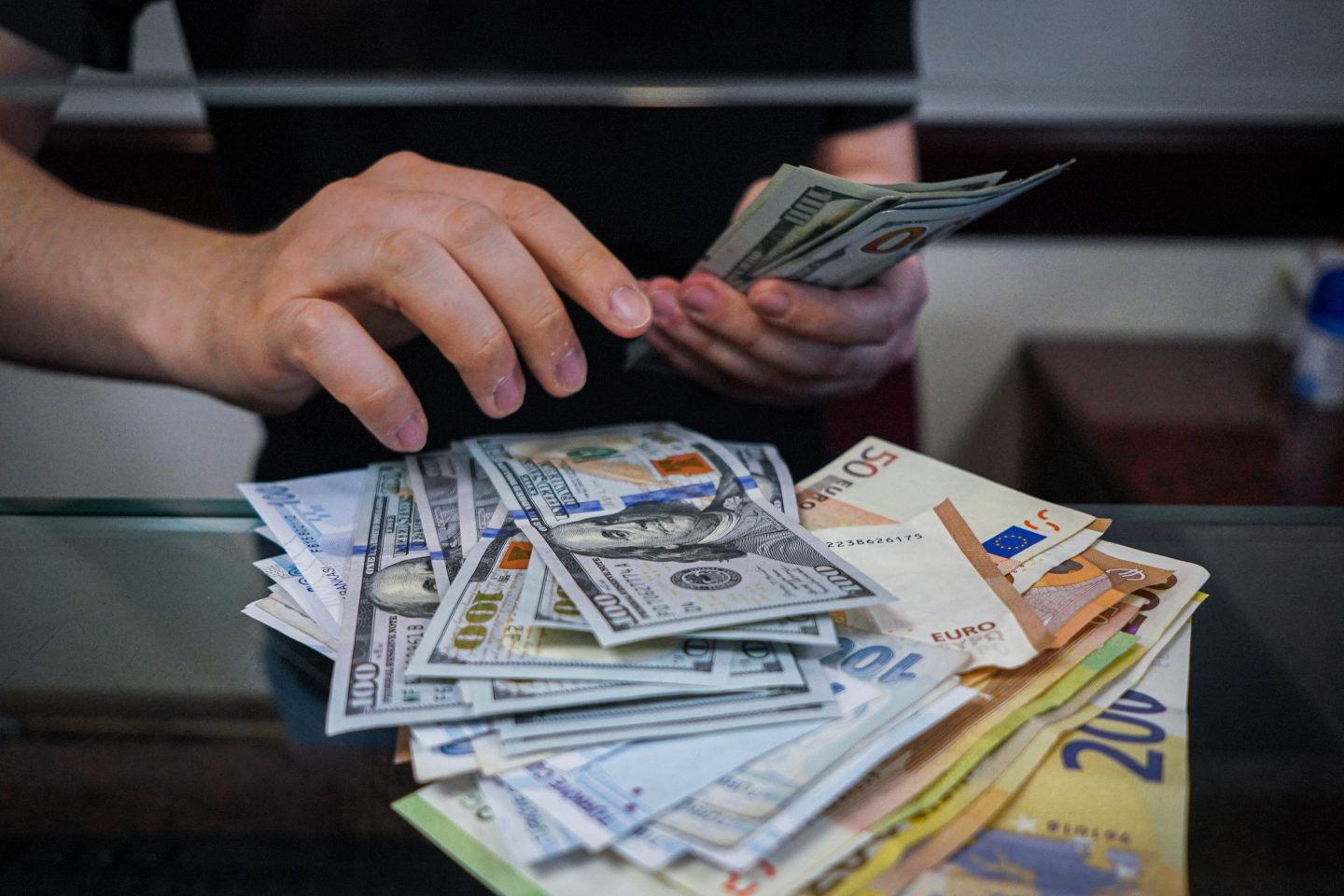 For the first time in nearly two decades, the exchange rate between the euro and the dollar is roughly the same.

The unusual event is a boon to U.S. tourists in Europe, but not so good for Europeans visiting the U.S.

The parity in the two currencies comes after the euro plunged nearly 20% in value over the past 14 months compared to the U.S. dollar.

The euro was created on Jan. 1, 1999, nearly six years after the Maastricht Treaty established the European Union itself. But during its first three years, the euro was an “invisible currency” that was only used for accounting purposes.

Then, in 2002, notes and coins officially began to circulate. In the decades since, the euro has continually traded above the dollar, even reaching a value of $1.60 per euro during the financial crisis of 2008. And over the past decade, one euro has been worth, on average, $1.18, according to Federal Reserve data.

This year, however, the U.S. dollar has gained against most major currencies, as the Fed’s interest rate hikes have made the greenback a safe haven for investors worldwide looking to protect against surging global inflation.

For Americans, the dollar’s rise should help to ease the pain caused by four-decade high inflation, but for Europeans, the sinking value of the euro will make traveling more difficult and exacerbate the effect of rising consumer prices.

What caused the euro’s drop?

There are several key factors that have led to the Euro’s recent decline. First, the E.U.’s economy is slowing, and recession fears are rising.

E.U. nations have also been crippled by an ongoing energy crisis brought about by the war in Ukraine and subsequent Western sanctions against Russia. The situation is so dire in Germany, that the country’s minister for economic affairs and climate action, Robert Habeck, warned in June that if Russia cuts its natural gas supplies, it could mean a potential “Lehman Brothers moment” for Germany, a reference to the collapse of the investment bank in 2008.

“Indeed this is a heavy cloud hanging over European assets at the moment, and they were among the worst global performers yesterday as the prospect of a chaotic gas situation and recession came closer into view,” Deutsche Bank strategist Jim Reid wrote in a research note on Wednesday.

The energy crisis has created so much instability in Europe that Deutsche Bank’s CEO argued last month that a European recession is “likely” in 2023.

Another key driver of the euro’s recent downfall has been the loose monetary policies of the European Central Bank (ECB). While the U.S. Federal Reserve has already raised interest rates three times this year in an attempt to combat inflation, including the most aggressive rate hike since 1994 in June, the ECB has, thus far, refrained from increasing rates.

“Another factor behind the euro’s weakness [is] growing doubts that the ECB could embark on as aggressive a hiking cycle as initially thought,” Reid said. “That expectation of more dovish central banks was present across the world yesterday in light of the recession fears, but it was particularly prevalent in Europe.”

The ECB, however, has said that a rate hike could be in the cards in July, even as some officials express concern that the central bank could end up hiking rates in the midst of a growth slowdown and end up sparking a recession.

“In an ideal world, you’d want to stimulate the economy but bring inflation down at the same time,” European Central Bank Governing Council member Klaas Knot told Bloomberg this week. “Unfortunately that’s not what we can do, we have to make a choice; in that case, our mandate is very clear—we have to choose bringing inflation down.”