A two-person job: How Figs is making its co-CEO leadership model work 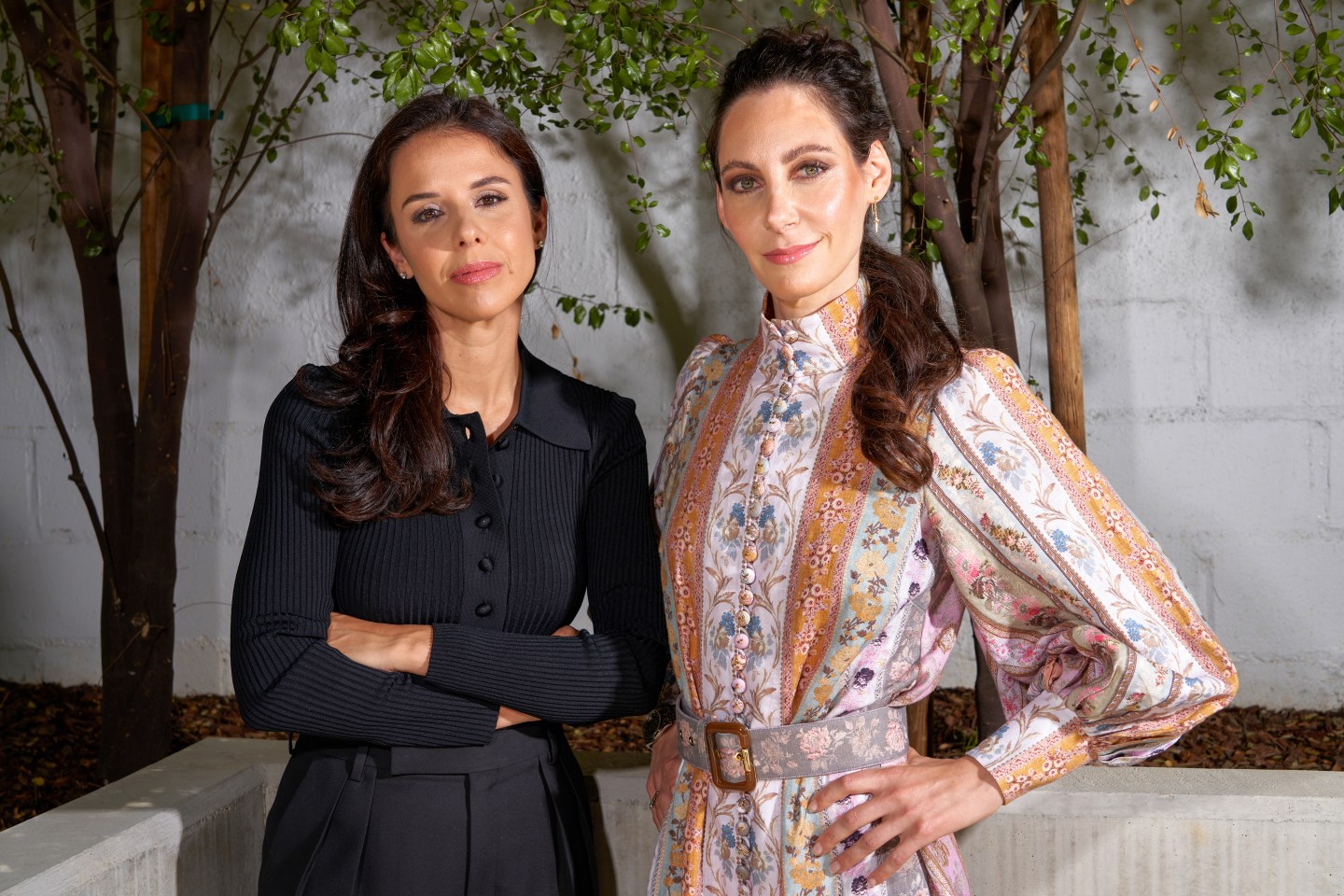 It’s lonely at the top, and that works just fine for most CEOs. But in some cases, having another executive in the corner office, and the extra set of eyes she brings, is welcome.

Take Figs, the medical-scrubs maker led by cofounders and co-CEOs Heather Hasson, 40, and Trina Spear, 38. The two are adamant that their dual leadership structure, which is hard to implement and therefore rare in corporate America, has made their company’s fast growth possible. Their formula has proved successful so far, the co-CEOs argue, because they clearly delineate their respective roles based on their unique strengths.

“If you have two at the helm, you can run faster, and you can think bigger,” says Spear, a private equity executive who previously worked at Blackstone before joining Hasson, a fashion designer, to found Figs in 2013. “We’re different people, but ultimately we have the same North Star.”

That North Star is to create apparel that modern health care workers find both fashionable and functional.

As detailed in a Fortune story last week, the two entrepreneurs have built Figs into a $420 million a year company, which debuted as a publicly traded corporation last year. Having two CEOs is, of course, not unheard of: Companies with this leadership structure include Netflix, eyewear retailerWarby Parker, homebuilderLennar, Salesforce, and private equity giant KKR. But it remains uncommon, with only eight companies in the Fortune 500 currently operating with co-CEOs, in large part because of its complexity and the frequent lack of clarity about who’s in charge. The arrangement doesn’t always pan out, as companies like SAP, HP, and Oracle have illustrated in recent years.

Co-CEO models are more likely to be successful when the executives jointly founded the company, have proved they work well together, and know how to split the work, says Joseph Bower, a Harvard Business School professor who specializes in leadership. The model fails when it’s the result of a merger or is a face-off to see which executive will prevail to later become sole CEO.

“Leadership is almost always described in unitary terms, meaning there is one leader,” Bower says. “You’re kind of responsible for everything, but that doesn’t mean you can do everything.”

At Figs, the co-CEOs say they have made clear to staff, their board, and shareholders who does what. Spear, with her finance background at Citi and Blackstone and a Harvard MBA, oversees the more “left brain” aspects of running the company, such as supply chain and production, finance, and business development strategy. Meanwhile, Hasson is in charge of “right brain” tasks like merchandising, conceptualizing new products, branding, and marketing.

How Hasson and Spear split the CEO duties came organically. In 2012, Hasson launched Figs as a fashion company but decided to pivot after a serendipitous run-in with a nurse practitioner friend who noted that the scrubs industry needed a shake-up. A mutual friend later introduced Hasson and Spear, figuring the latter’s business acumen would complement Hasson’s fashion instinct and help actualize her plan.

Several other co-CEO arrangements have also come from having two founders, notably Warby Parker, Chipotle Mexican Grill, and Whole Foods Market, which was sold to Amazon five years ago. (Warby Parker still has two CEOs, while Chipotle now has just one.)

When employing a co-CEO model, a clear division of roles is critical, says Jane Stevenson, global leader of CEO succession at Korn Ferry. It not only helps to avoid confusion among rank-and-file employees over who is in charge of what, but allows each executive to tap into her particular skill set.

“It becomes an imperative that they’re connecting the dots every day around how they’re dividing and conquering,” Stevenson says. “It spares people from asking, ‘Do I have to have two conversations about everything, or can I go first to X?’”

While Figs has enjoyed white-hot growth in recent years, with sales rising 59% in 2022, companies with co-CEOs must continually ask themselves whether the model remains useful as the business grows larger and more complex, and inevitably reinvents itself. Figs is indeed a much more complex operation today than in its early days when the founders were selling scrubs from a car in the parking lot of a Los Angeles hospital. The board recently added former CEO of Procter & Gamble A.G. Lafley and former head of Amazon’s retail business Jeff Wilke to help prepare Figs for its next chapter selling a wider assortment of merchandise in more markets.

“Companies that have done very, very well in stage one and the personalities that have driven that growth are very often not the same as those needed when running large, complicated, global businesses. There are just different pressures and different requirements that very often the founders simply don’t have the skill set for,” says Dave Heenan, a visiting professor at Georgetown University who has written extensively about business leadership.

A recent case illustrating that phenomenon was the implosion of Peloton, which led its founder-CEO John Foley to step down in February. Foley, who launched the company in 2012, had faced criticism over his crisis management and lack of financial prudence after a COVID-era boost to Peloton’s business plummeted. Other examples of founder-CEOs who have floundered in recent years include those at Groupon and Casper.

But managerial skills aren’t all that’s needed to make a co-CEO structure effective; a shared vision, the ability to adapt to change, and receptivity to critique are also important.

“We’ve always kept each other humble,” Spear says. “Sometimes you have just one person at the top, and then no one’s saying no to them, so they’re surrounded by yes people. And then you’re not paying attention to what the market wants.” Being aware of those perils has helped the two avoid falling into such a trap, she says.