‘From now on, we will trust neither the Americans nor the EU’: Lavrov says a new Iron Curtain is coming down between Russia and the West 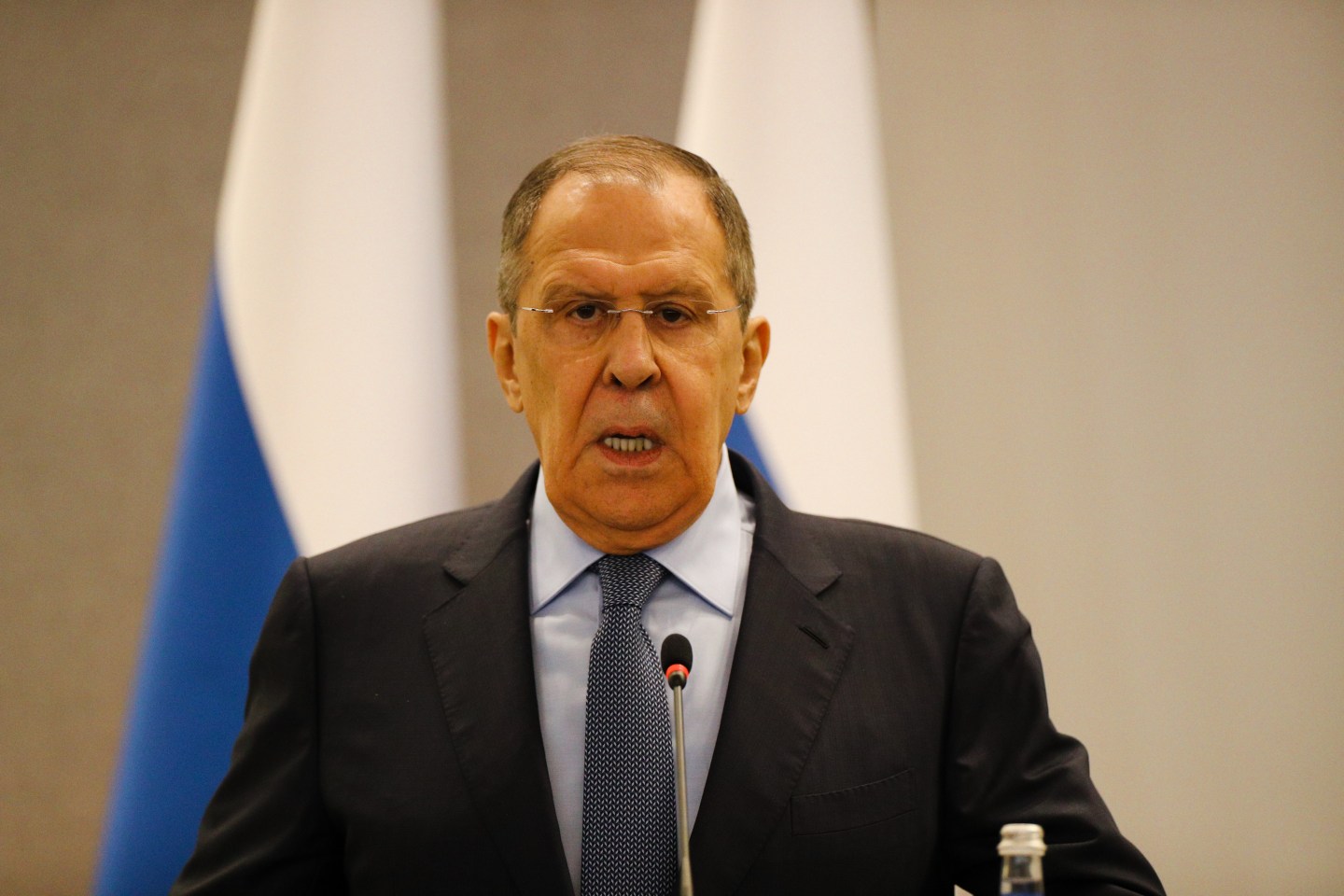 Back to the Cold War it is, then.

“From now on, we will trust neither the Americans nor the EU,” Lavrov said at a press conference after talks with his Belarusian counterpart, Vladimir Makei. “We will do everything necessary not to depend on them in critically important industries.”

Lavrov was concurring with comments made by Makei, regarding the appearance of a new Iron Curtain that was “being erected by Westerners themselves.” In echoing the Belarusian diplomat, Lavrov warned Western countries to “behave carefully.”

Iron Curtain, past and present

The term comes from a 1946 speech that Winston Churchill gave in the U.S., in which the former British prime minister said that “from Stettin in the Baltic to Trieste in the Adriatic, an iron curtain has descended across the Continent,” with Central and Eastern Europe having fallen into “the Soviet sphere…[subject] not only to Soviet influence but to a very high and in some cases increasing measure of control from Moscow.”

Of course, the new Iron Curtain is geographically quite different from its predecessor, which fell in 1989–90 as its members pulled away from the Kremlin and embraced democracy.

Much of the former Eastern Bloc is now in the EU, including not only the ex-Communist likes of Poland and Hungary but also the Baltic states (Lithuania, Estonia, and Latvia), which were formally part of the Soviet Union. Former USSR member Ukraine—Europe’s second-largest country after Russia—is definitely on the other side of the new curtain.

This time round, the only ones on the Russian side are the Russian Federation itself, and Belarus, which has effectively become a Russian vassal state in the past couple of years and served as a launchpad for this year’s Ukraine invasion.

In his comments, Lavrov accused the EU of “destroying” diplomatic relations between the two sides in 2014, when Russia first invaded Ukraine, illegally annexing Crimea, and setting up a conflict in Ukraine’s eastern Donbas region, which is now the primary theater of the Russia-Ukraine war.

It would be difficult to dispute the idea that a new Iron Curtain is in place.

The West placed extraordinarily strong sanctions on Russia (and to a lesser extent Belarus) after Moscow reinvaded Ukraine in February; multinationals have fled Russia in droves; and Russia is slowly cutting off what remains of its lucrative energy exports to Europe.

Even if the war were to end tomorrow—and there is zero chance of that happening—experts have suggested that Russia could remain economically isolated for decades to come.

As it fends off Russian attacks, Ukraine is utterly dependent on Western armaments that NATO members continue to pump into the country. Meanwhile, Russian President Vladimir Putin has begun openly displaying his imperial intentions—though his point of reference is not the USSR, but Peter the Great.

If the Cold War callbacks weren’t sufficiently clear, Russia has in recent months regularly reminded NATO that it has one of the world’s biggest nuclear arsenals; and the Western alliance—which may soon include Russian neighbor Finland—plans to increase the number of troops on its eastern flank from 40,000 to 300,000.