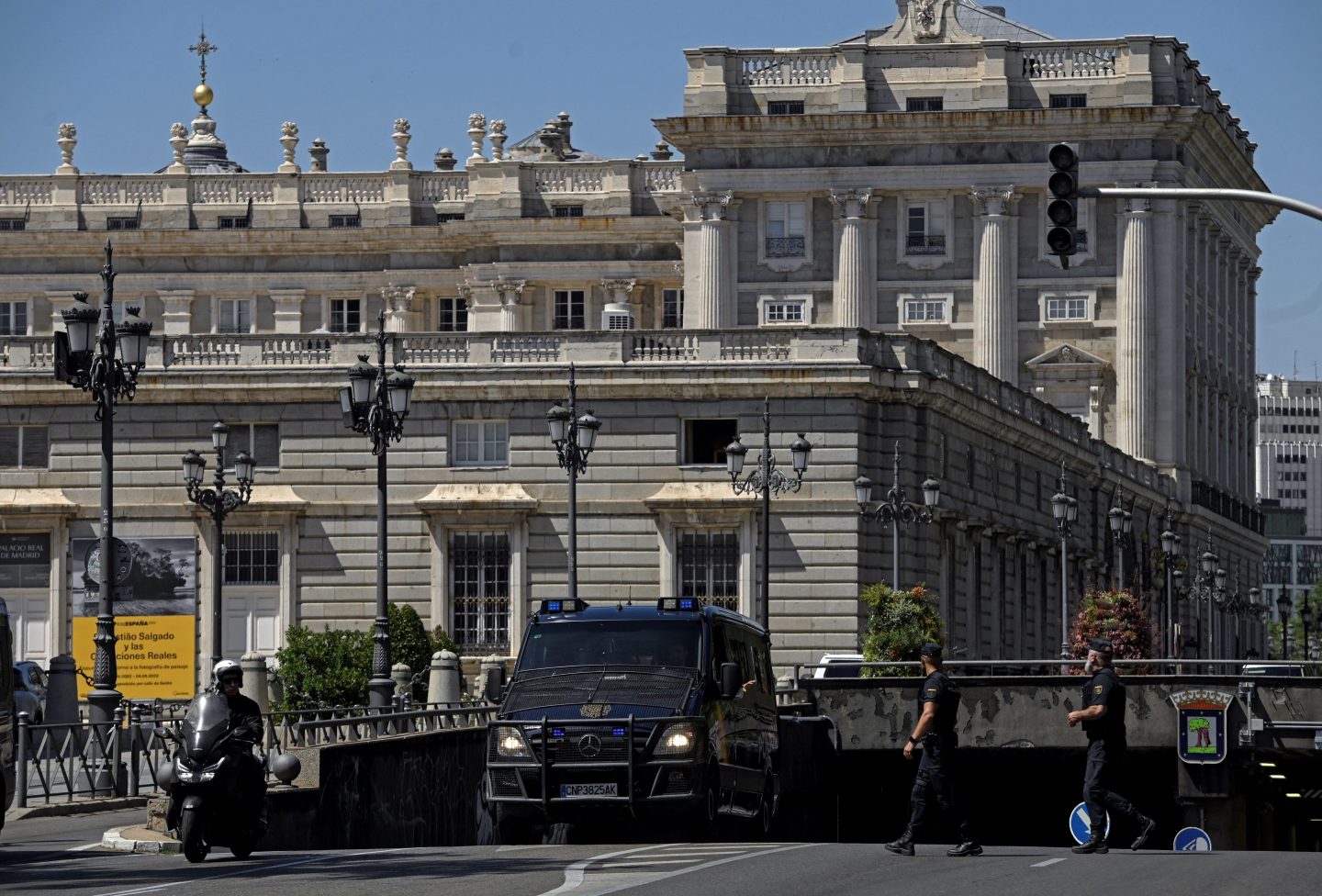 Spanish police officers cordon off the area near the Palacio Real in Madrid, during the NATO summit on June 28, 2022. Turkey has agreed to invite Sweden and Finland into NATO.
Oscar Del Pozo—AFP/Getty Images

Finland and Sweden’s bids to join NATO overcame a key hurdle after Turkey agreed to move forward with membership talks.

Turkey will support inviting the two Nordic countries into the military alliance, with details to be hashed out at a summit that started in Madrid on Tuesday, Finland said in a statement.

“I am delighted to conclude this stage on Finland’s road to NATO membership,” Finnish President Sauli Niinisto said. “I now look forward to fruitful conversations on Finland’s role in NATO with our future Allies here in Madrid.”

Ankara is satisfied with pledges from Finland and Sweden addressing its security concerns, including restrictions on Kurdish groups that Turkey considers terrorists, according to an official who declined to be named on a confidential issue.

The membership process will still take many months, including ratification from NATO allies’ parliaments, before Finland and Sweden become members and can benefit from the alliance’s article 5 collective defense commitments. All 30 alliance members need to sign off.

The U.S. has stressed that bringing the two Nordic countries into the fold could make the alliance more secure. Turkey’s block complicated the allies’ efforts to present a united front in light of Russia’s invasion of Ukraine.

Sweden has tightened laws on terrorism in recent years, and more steps in that direction are under way. Niinisto has said Finland’s anti-terror legislation is on par with current NATO members following a revamp last year.

The Nordic nations have also highlighted constitutional protections for freedom of speech, meaning they could not prevent peaceful Kurdish demonstrations, and said any extraditions requested by Turkey must be ruled on by courts. When it comes to lifting bans on arms exports, Andersson in June signaled that the Swedish authorities that grant arms-export approvals may take a different view on shipments to Turkey in light of the NATO membership bid.

Throughout the negotiations, Finland and Sweden insisted they meet all NATO’s entry criteria.

Finland, which has 1,300 kilometers (800 miles) of border with Russia and a history of wars against its eastern neighbor, was driven into the fold of the North Atlantic Treaty Organization by Russia’s Feb. 24 invasion of Ukraine, and pulled neighboring Sweden along.

The attack shifted popular opinion overnight, with policy makers rapidly kicking off the process to join.

Both nations’ militaries are compatible with NATO and include a large number of artillery and tanks. Finland has held onto a conscription-based system, meaning about 900,000 citizens in a country of 5.5 million have had military training, and it’s able to deploy 280,000 of them in war time. Sweden brought back military conscription from 2018.