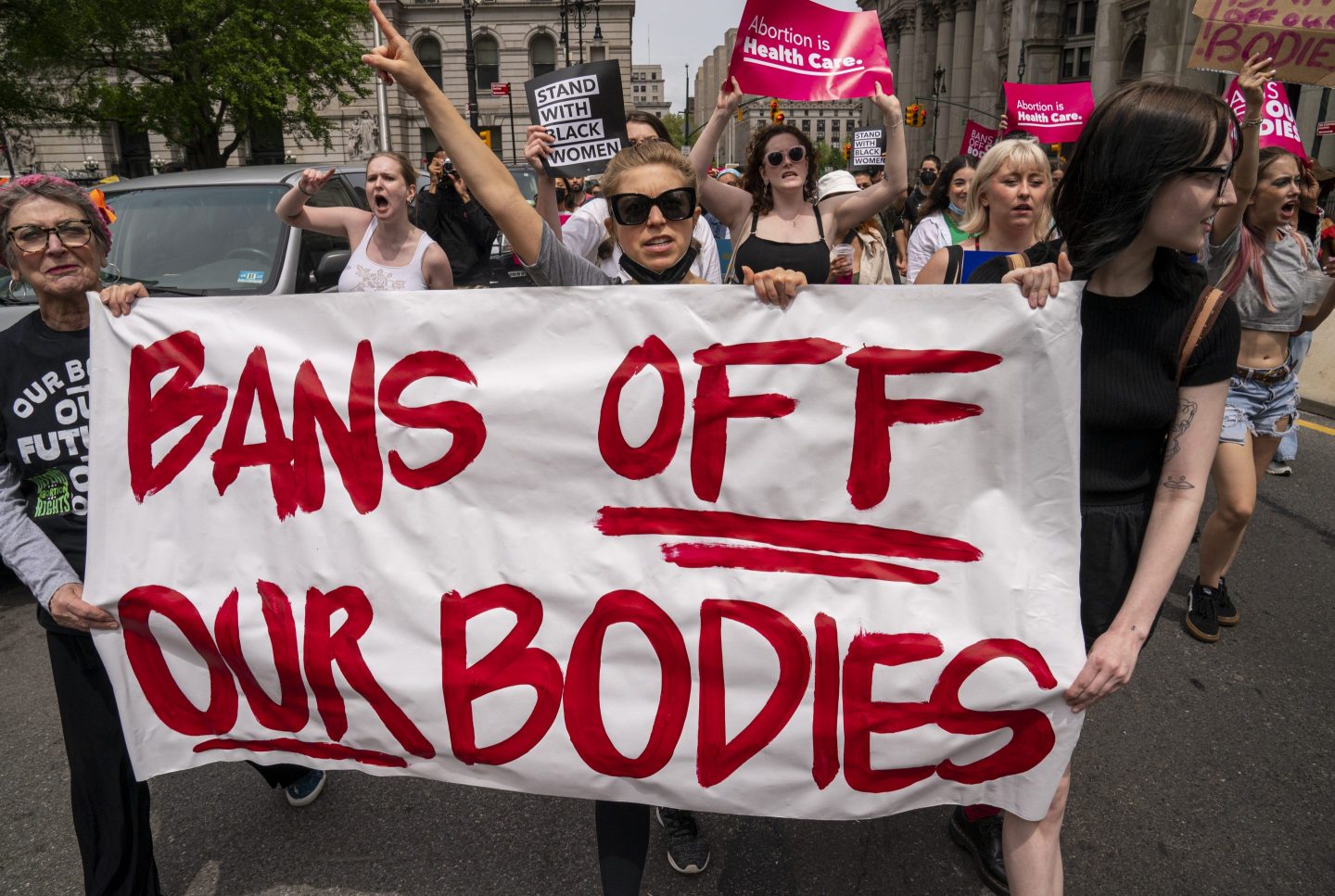 Abortion rights supporters march in support of a Planned Parenthood demonstration in New York in May 2022.
Robert Nickelsberg/Getty Images

Planned Parenthood of Montana is limiting medication abortions for some out-of-state residents due to the “rapidly changing” legal landscape now that the U.S. Supreme Court has overturned Roe v. Wade.

In an email to staff this week, President and Chief Executive Officer Martha Fuller said patients from states where trigger bans had gone into effect, like South Dakota, Arkansas and Oklahoma, would no longer be able to receive the abortion pill at its facility. Proof of residency would be required for all who receive the treatment at the clinic, per the email, which was first reported by the Daily Beast.

The change allows the facility to ensure that all the care is provided within the state of Montana and any medication isn’t taken in a state with a ban. Those patients can still be scheduled for surgical abortions. The abortion pill is now the most common way to terminate a pregnancy in the U.S., as it’s safe, effective, and less invasive than a procedure.

“Now that the Supreme Court has overturned Roe, we must make decisions around the provision of abortion care in consideration of the rapidly changing landscape for abortion access across the country and amid the cruel intention of anti-abortion politicians to sow chaos and confusion,” Fuller said in an emailed statement.

Montana allows abortions until fetal viability, or around 24 to 26 weeks, according to the Guttmacher Institute, a non-profit that researches reproductive health care.

Abortion providers fear they’ll be targeted by out-of-state prosecutors for offering services to residents from states with bans. In Texas, conservative lawmakers are looking to curb out-of-state travel for abortions. Legal scholars warn that anti-abortion states could use existing regulations to press criminal or civil charges against women who cross state lines to receive abortions or the individuals who help them do so.