Americans are stocking up on emergency contraception. A physician explains key differences in the options 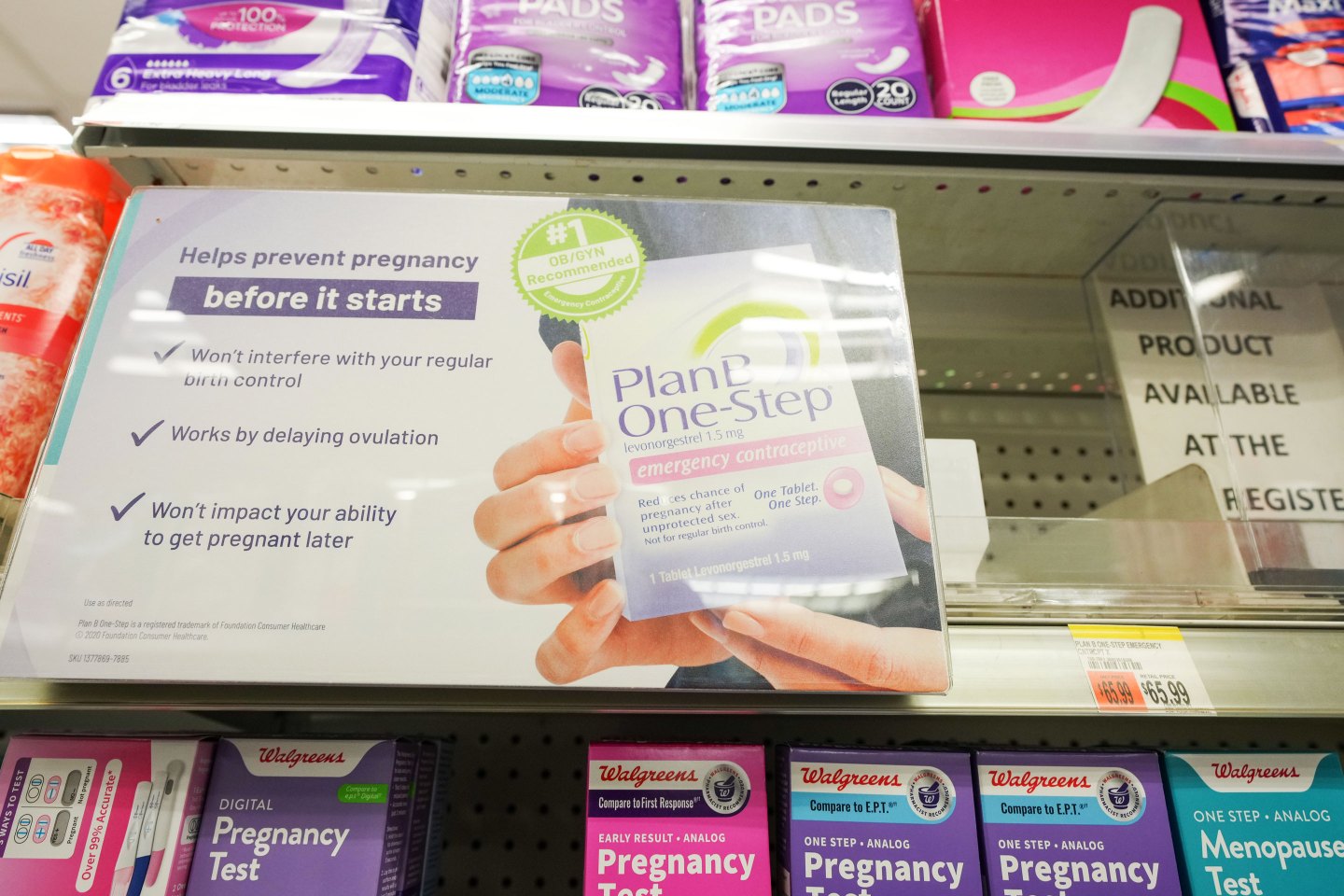 Americans are being urged to stock up on emergency contraception.
John Nacion—Nur Photo/Reuters

After the Supreme Court overturned Roe v. Wade, people began stocking up on emergency contraception—which helps prevent pregnancy after unprotected sex—and urging others to do the same.

Demand skyrocketed. Companies like Amazon, Walmart, CVS, and Rite Aid initially implemented purchase limits in an effort to ration Plan B, the leading brand of emergency contraception. Stix, a company that sells reproductive health products and provides free emergency contraception to those in need, saw a 600% increase in sales of its emergency contraceptive Restart, in the three days following the court ruling, according to cofounder Cynthia Plotch.

“The entire team here at Stix just immediately sprang into action and we haven’t stopped since,” Plotch says.

Emergency contraception is highly effective—preventing up to 95% of pregnancies if taken within five days of unprotected sex, according to the WHO. However, it’s not equally accessible or effective for everyone. Here’s what a physician wants you to know.

Plan B vs. Ella

Plan B can be taken up to 72 hours after unprotected sex, whereas Ella can be taken up to five days after. But the sooner you take either of them, the better, says Dr. Sheila Attaie, a family medicine physician and abortion provider in Washington state who works as a fellow with Physicians for Reproductive Health.

According to a 2015 study, Ella is roughly 65% more effective at preventing pregnancy than Plan B when taken up to 24 hours after unprotected sex and 42% more effective after 72 hours. The study suggests that it may be because Ella can make it harder for a fertilized egg to attach to the wall of the uterus.

Both emergency contraceptives are effective for people who weigh less than 165 pounds and have a BMI below 26. For those between 165 and 195 pounds with a BMI between 26 and 35, Attaie recommends Ella over Plan B. For those over 195 pounds or with a BMI over 35, Attaie says both contraceptives are less effective, but recommends taking Ella if it’s accessible. Attaie says more research is needed to determine exactly how much lower the efficacy is, and suggests talking to a medical professional as you consider stocking up.

“The FDA does not restrict or limit the use of [emergency contraception] based on weight, so we shouldn’t either as clinicians,” Attaie says.

Ella requires a prescription, something Attaie and other advocates are pushing to change to make it more accessible, especially because it is more effective for people of a higher weight.

Plan B is available without a prescription, but pharmacies don’t always have it in stock.

“Increasing access to emergency contraception, which is very safe, would require making Ella over-the-counter as well as making sure it is in stock,” Attaie says. “So we need to prescribe it more often, prescribe it in advance of need, advocate for it to be over the counter, and for pharmacies to stock it.”

Stix’s emergency contraception, Restart, which has the same active ingredient as Plan B, can be ordered online. Other generic brands of levonorgestrel include Take Action, My Way, and My Choice, among others and can be ordered online or bought in drug stores. Emergency contraception should be covered by most insurances as it falls under the Affordable Care Act, but out-of-pocket costs vary. Plan B costs between $40 and $50, while other brands run cheaper, between $11 and $45. The generic brands contain the same ingredients and are just as effective.

IUDs or intrauterine devices, a form of long-term birth control that lasts from three to 12 years, can also be used for emergency contraception, and are effective for people of all weights, Attaie says. IUD placement requires an in-office procedure which must be done within five days of unprotected sex to ensure efficacy. Though highly effective, IUDs can be difficult to access, especially on short notice.

“I don’t know many people who can get in to see their primary care doctor, ob/gyn, or another clinician to have an IUD placed within five days of unprotected sex,” Attaie says. “Not to mention any out-of-pocket cost, time off work, discomfort during placement, or other limiting factors.” IUDs are covered by insurance under the Affordable Care Act, but can cost up to $1,000 out of pocket.

Attaie recommends calling pharmacies to check if emergency contraception is stocked. If you don’t see it on the shelf, you can ask the pharmacist, and shop around online. She also encourages people to talk with their doctors and come up with the best plan for themselves, whether that be a contraceptive pill or an IUD.