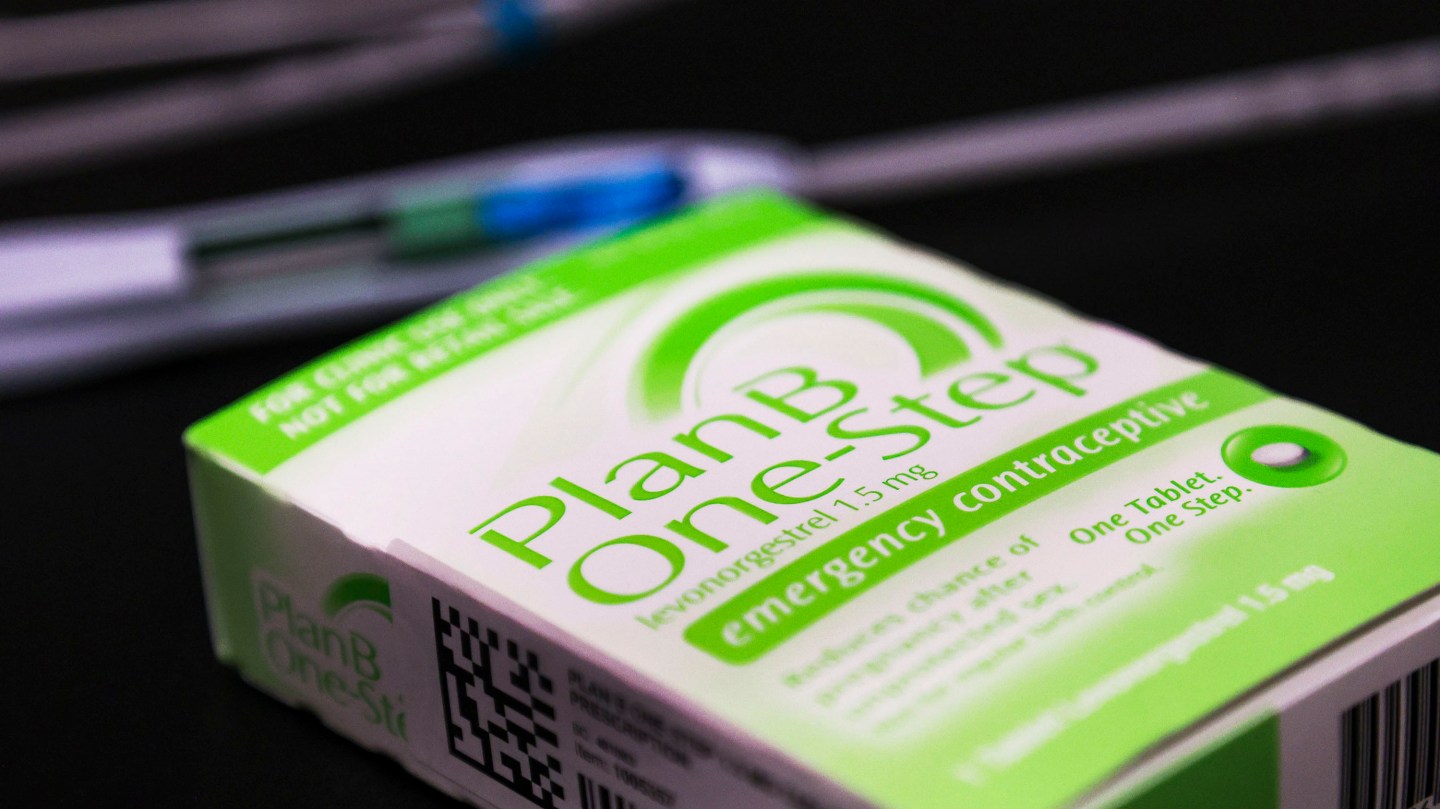 CVS and Rite Aid are both temporarily limiting purchases of the Plan B emergency contraceptive to three pills per customer.
Darin Oswald—Idaho Statesman/Tribune News Service via Getty Images

CVS Health Corp. and Rite Aid Corp. pharmacies are limiting purchases of emergency contraceptive pills as demand for the medication surged following the U.S. Supreme Court decision that struck down the constitutional right to abortion.

The court’s decision allowing individuals states to ban abortion stands to have a strong and long-lasting impact on many dimensions of health care. Insurers and clinicians are already planning for pregnant people to cross state lines to seek procedures, leaving employers, insurers and advocacy groups to grapple with the costs and logistics.

News of the limits on purchases was reported earlier by the Wall Street Journal.

Last week’s historic ruling is likely to make abortions largely illegal in half the country and further polarize a deeply divided nation. Twenty-six states either will or are likely to ban almost all abortions, according to the Guttmacher Institute, a research organization that backs abortion rights. Thirteen have so-called trigger laws designed to automatically outlaw abortion when Roe was overturned.

Many people have already been preparing for what activists have described as a public-health emergency. Last month, when a draft of the Supreme Court opinion was leaked, online searches surged for over-the-counter emergency contraceptive medication, while increasing numbers made appointments to get intrauterine devices that provide long-term birth control.