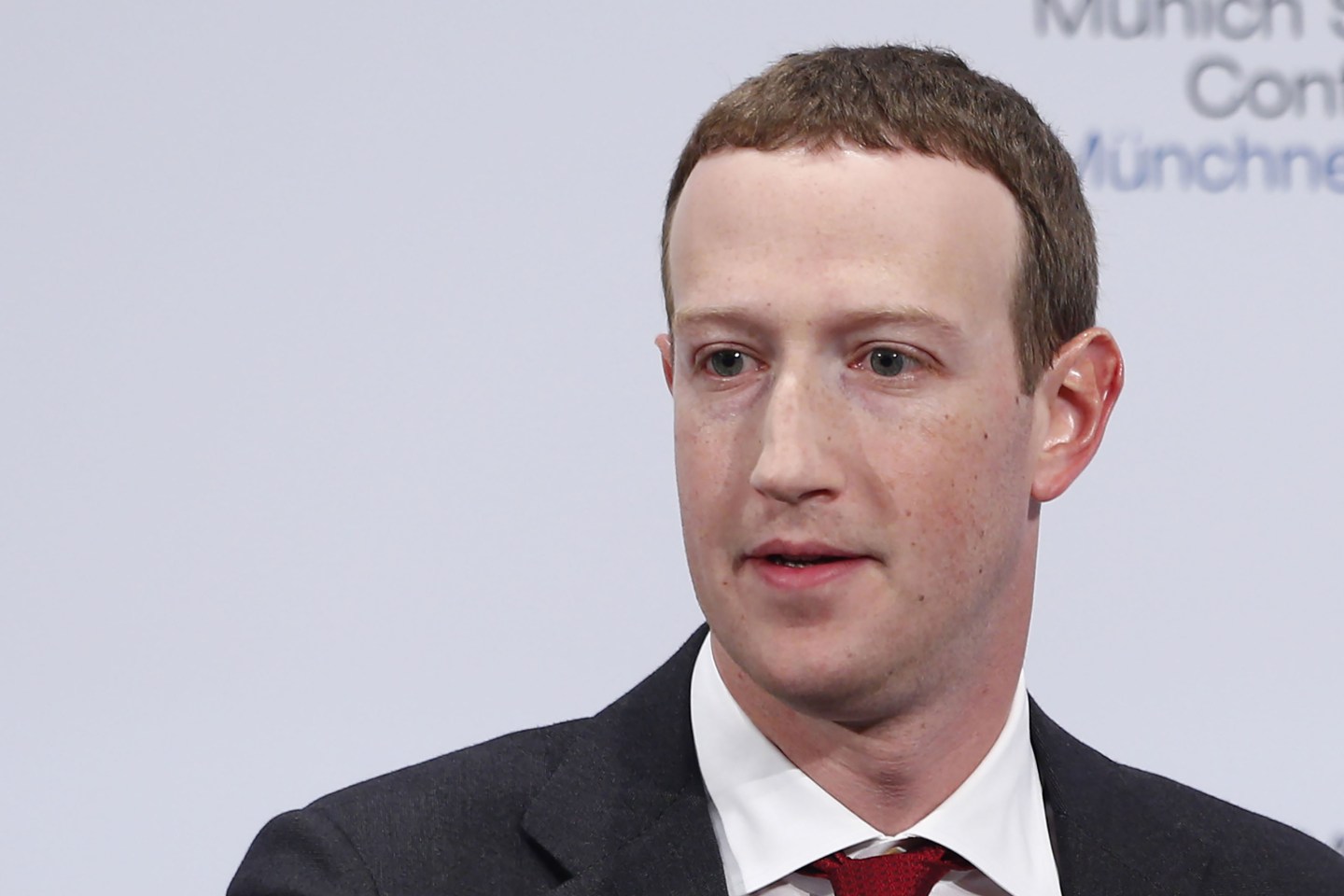 Mark Zuckerberg recently forecasted that the economic downturn could result not only in a hiring decline at Meta, but also more scrutiny on the performance of existing employees to ensure they are meeting goals.
Michaela Handrek-Rehle—Bloomberg/Getty Images

The first half of 2022 is officially over, to which the tech industry will say sayonara, good riddance, buh-bye, see-you-never, and toodle-freaking-oo.

The six-month stretch has finally come to a close, and as Fortune’s Bernhard Warner just had to remind us, it was brutal for darn near everyone. The tech-heavy Nasdaq Composite dropped by 30%. Bitcoin values cratered by nearly 60%. Netflix, Etsy, PayPal, and a host of newly public companies all lost more than half their share value.

So now that that’s over, it’s time to take a deep breath, leave the past behind, and step into the second half of 2022 with a renewed sense of hope.

A barrage of bad news late Thursday and early Friday reinforced that the current spiral isn’t ending anytime soon—with no corner of the industry expected to be spared.

In a question-and-answer session with staff, audio of which Reuters heard, Zuckerberg forecasted that “this might be one of the worst downturns that we’ve seen in recent history.” He added that Meta expects to hire about 6,000 to 7,000 engineers this year, down from initial plans for 10,000.

In a final flourish, Zuckerberg said company executives will be “turning up the heat a little bit” on performance targets, with the hope that laggards will choose to leave the company.

“Realistically, there are probably a bunch of people at the company who shouldn’t be here,” Zuckerberg said. Meta shares are down 54% year to date as Facebook usage stagnates and digital advertising markets struggle.

Another sign of the turbulent times: Chipmaker Micron issued an unexpectedly bleak outlook on computer and smartphone demand for the upcoming quarter, causing a sector-wide ripple in the once-hot market.

“The world is in a rapidly changing and uncertain environment, and consumer spending is certainly being reallocated away from electronic devices,” Micron CEO Sanjay Mehrotra told Bloomberg.

Bitcoin once again fell below $19,000 on Thursday evening, a 73% drop from its 52-week high, as global economic headwinds and a liquidity crisis hitting several big-name crypto companies weighed on digital assets. Meanwhile, buzzards surrounded the decaying scraps of crypto lender BlockFi, with CNBC reporting that crypto exchange FTX offered $25 million to buy the distressed company once valued at $3 billion.

Economists and executives will spend the rest of the year debating the full scope of this slide, with an eye on the dreaded arrival of a recession. Based on the first few hours of the second half of 2022, it won’t be pretty.

A crypto compromise. European Union officials reached an agreement Thursday on a package of consumer-focused rules aimed at curtailing the worst practices in the cryptocurrency industry, the Associated Press reported. EU negotiators said the legislation, which still needs final approval from the 27-member bloc, would add new transparency requirements and curb market manipulation, among other provisions. The effort could give other nations, including the U.S., a road map for crafting similar legislation targeting the crypto sector.

Ready for takeoff. SpaceX’s satellite internet system can begin connecting to moving vessels, such as cars and airplanes, after receiving federal regulatory approval Thursday, the Wall Street Journal reported. The decision allows SpaceX to move forward with plans for expanding its satellite internet business, which operates under the Starlink brand, to airlines and other large commercial customers. SpaceX had 400,000 global subscribers as of June.

Albany’s power play. In a decision with broader implications for cryptocurrency mining, New York state government regulators rejected an air permit request for a gas-fired power plant used to mine Bitcoin, The Verge reported Thursday. The closely watched decision was seen as a test of New York’s commitment to stemming the harmful environmental impact of cryptocurrency mining, which has taken off in the Empire State. New York legislators passed a bill last month that puts a two-year moratorium on new permits for fossil fuel plants used in cryptocurrency mining, though Gov. Kathy Hochul hasn’t signed or vetoed it.

A safer ride? Uber reported a 38% decline in sexual assault and misconduct reports on its app in 2019 and 2020 when compared with the prior two years, a drop partially attributable to pandemic-driven reduction in ridership, Bloomberg reported Thursday. The ride-hailing company said it received 3,824 reports during the recent two-year stretch, a period during which drivers completed more than 2 billion trips. Uber also documented 101 deaths from 91 fatal crashes during that time.

Move over, A-listers. You might not see Matt Damon and LeBron James extolling the virtues of crypto on television anymore, but the hype train hasn’t stopped on TikTok. Fortune’s Christine Mui reported Thursday that Binance, the world’s largest cryptocurrency exchange, has named Khaby Lame, the world’s most-followed TikTok creator, as the company’s new global brand ambassador. The partnership, which will include non-fungible token and Web3 boosterism, follows criticism levied against celebrities who hawked crypto for much of 2021 and then went silent this year as the value of digital assets plummeted. By moving more toward TikTok, Binance will appeal to a younger audience that has traditionally been more keen to jump into crypto.

Lame, a former factory worker in Italy, rose to fame rapidly over the pandemic, growing his following to over 143 million followers on TikTok and 78 million more on Instagram. He is best known for his silent #learnfromkhaby clips, where he reacts stone-facedly to complicated “life hack” videos and demonstrates a more straightforward, usually obvious, way to perform the task…

During the partnership, Lame will continue to use his signature video style to create bite-size content clips that “tackle some of the misperceptions around Web3,” according to Binance. They also plan to collaborate on launching NFT collections to enhance engagement with his fans.

Stocks and crypto haven’t come close to hitting the bottom yet, hedge funder famous from The Big Short says, by Will Daniel

Tether cuts commercial paper holdings by over 50% as it diversifies into Treasuries with stablecoin backing questioned, by Oliver Knight and CoinDesk

Quantum hacking is the next big cybersecurity threat. Here’s how companies should prepare for “Y2Q,” by François Candelon, Maxime Courtaux, Vinit Patel, and Jean-François Bobier

A giant Hajj headache. Flying is already hard enough these days—and that’s before Traveazy gets involved. The Dubai-based online booking company, hired by the Saudi Arabian government to coordinate all Westerners’ travel to Mecca for the annual Islamic Hajj pilgrimage, has a massive mess on its hands. The Washington Post reported Friday that thousands of would-be travelers are suffering through tech glitches on Traveazy’s portal, called Motawif. The errors have precluded some pilgrims from securing flights, while others are discovering that their purchases never went through. And good luck getting a refund, which easily totals thousands of dollars for many travelers. As one would-be pilgrim told the Post: “Hajj is once in a lifetime. They ruined everything.”

Note: Data Sheet will be off Monday in observance of Independence Day. We will return Tuesday.