How boards should prepare CEOs for a recession 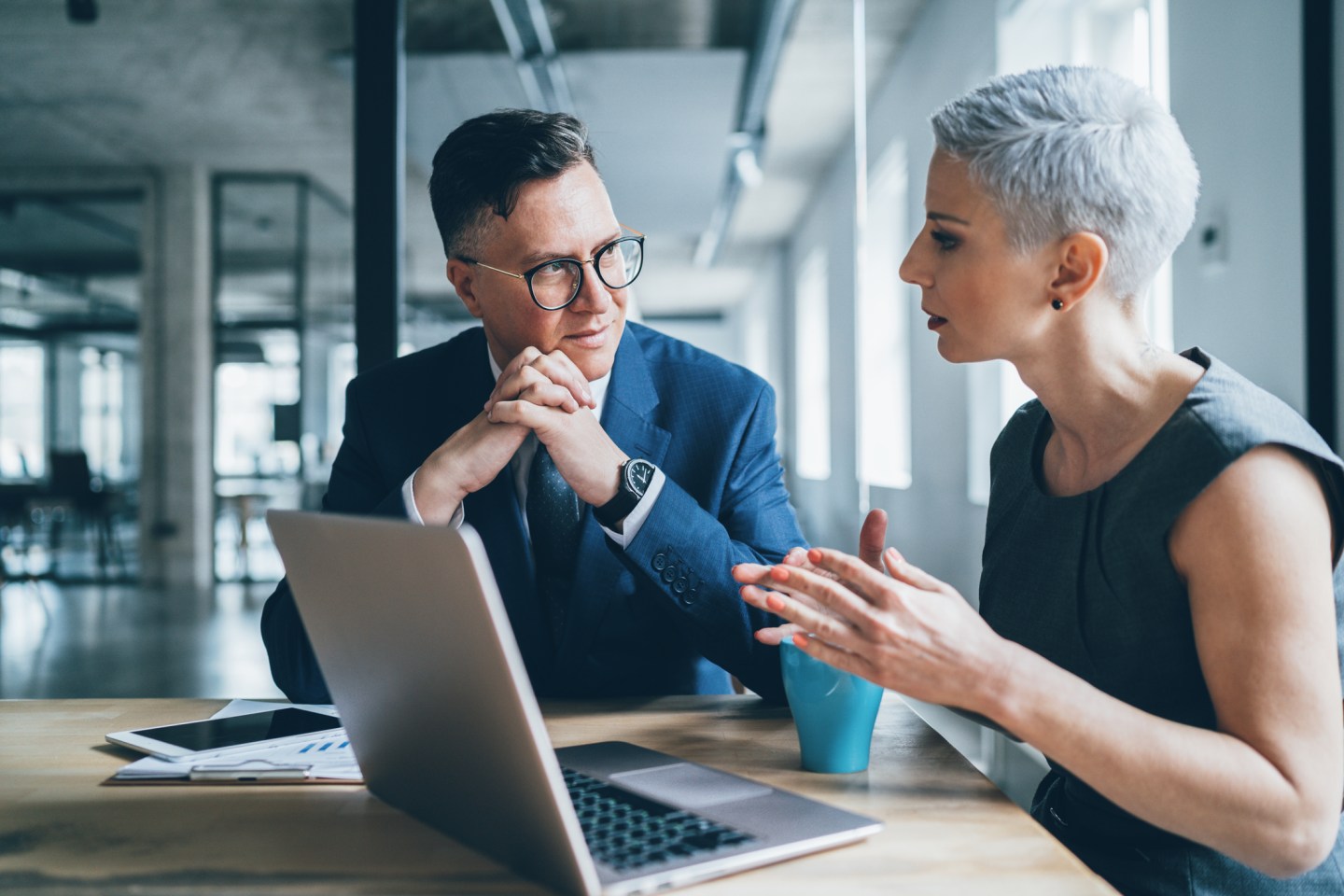 The relationship between board leaders and operators is more important than ever.
Getty Images

The signs of an economic downturn are piling up. While any good corporate leader can expect to experience some economic volatility, the next wave is coming during particularly unique times. The COVID-19 public health crisis is ongoing, supply chain issues are affecting most industries, and the Russia-Ukraine conflict has created new challenges of its own.

The response to a potential recession will look different than that of 2008, but some strategies will remain the same: providing transparency to stakeholders, creating a long-term vision for growth, and robust scenario planning.

It’s okay to see a small dip in revenue or growth, says Asha Collins, a board director at IDEXX and a former executive at Genentech and McKesson who currently serves as general manager at DNAnexus. What’s more important is to “make sure that you’re still focused on the long-term strategy and not looking at quick wins to address things immediately,” she tells the Modern Board.

The board’s role is to make sure C-suite management is prepared to weather all obstacles, and today’s challenges extend beyond a simple dip in consumer spending. Volatility is “the new norm,” Collins says.

Jason Schloetzer, associate professor at Georgetown University’s McDonough School of Business, says business leaders should take care to minimize debts, consider alternatives to layoffs such as investments in technology that make teams or departments more efficient, and collect feedback from leaders within the company to make market-specific adjustments.

Schloetzer says that particularly during tough times, organizations benefit “from the knowledge of employees who are actually closest to the environment,” and while board leaders and executives are inclined to sequester themselves to make company-wide decisions, this can actually backfire because local employees “have the most current and accurate information.”

Though the previous recession provides leaders with important lessons, such as how to manage cost structures, today’s executives must rethink their assumptions of what makes for an effective strategy. “What assumptions are inherently undergirding these decisions? What are we actually assuming right now because it’s been true for all of our careers? These are just some of the most important questions executives should ask themselves,” Collins says.

For these reasons, board leaders are emphasizing transparency with customers, employees, and shareholders. Mandy Fields, CFO at e.l.f. Beauty and a director at Allbirds, where she chairs the audit committee, says the board should “help management think through setting expectations internally with their teams, but also externally.”

Boards must work alongside CEOs to clearly communicate their intentions, aggressively pressure-test business strategies and contingency plans, and develop a long-term path to growth despite declining sales. Fields warns that the long-term view “sometimes can be lost in moments of panic or uncertainty.”

For publicly-traded companies especially, business leaders must instill confidence in shareholders about the company’s plan even if sales decline, and demonstrate that the company is capable of weathering a storm. Managing employee sentiment should also be part of scenario planning, especially given how competitive talent markets have been lately.

“Making sure that the employees have visibility into the road ahead is very important,” Fields says.

EPA’s limited authority. In a 6-3 ruling, the Supreme Court determined that the U.S. Environmental Protection Agency cannot set climate standards for existing power plants. This appears to be a win for businesses, which resisted climate regulations and will not have to meet new environmental standards, and a blow to the Biden Administration’s climate efforts. In a dissenting opinion, Justice Elena Kagan wrote: “Today, the Court strips the EPA of the power Congress gave it to respond to the most pressing environmental challenge of our time.” CNBC

Google privacy complaints. A slew of European countries and U.S. states are preparing to file legal complaints against the search-engine giant, alleging violation of consumer privacy rights and a failure to inform users of how their data is used by the platform. WSJ

EV quality concerns.  Car quality on the whole is in decline, but especially for electric vehicles, according to JD Power. Tesla ranked seventh from the bottom out of 33 brands. Polestar came in last. Believed to be a clean-energy solution for the future, electric vehicles are failing to meet reliability standards that are table stakes for less flashy brands. And because of the technology involved in those vehicles and the ongoing chip shortage, EV makers are struggling to include the features and accessories that can help them stand out in a competitive market. The Verge

Historic stock drop. Tech companies that were thriving during the pandemic, like Netflix, PayPal, DocuSign, Meta, and Zoom, are down over 40% in 2022, leading to historic lows for the Nasdaq 100 index. At its current pace, 2022 is on track to be the third-worst year for the index. The two years with a larger drop occurred after the dot-com bust in the late-90s and in the wake of the 2008 recession. Bloomberg

Former PwC managing partner DeAnne Aguirre is joining the board of Hercules Capital and the board’s nominating and corporate governance committee. J.M. Smucker Co. president and CEO Mark Smucker will become chair of the board in August. Wai-Fong Au, a former financial services executive, and Carolyn Schuetz, former COO of HSBC’s group retail and wealth management division, have joined the board of Altus Group. Former Cisco SVP Alison Gleeson has been appointed to the board of ZoomInfo. Frank Williams, formerly CEO of Evolent Health and The Advisory Board Company, has joined the board of benefits platform provider Nayya. Reddit EVP Shariq Rizvi joined the board of Cushion, a fintech startup. Toshiba has elected Nabeel Bhanji, senior portfolio manager at Elliott Management, and Eijiro Imai, managing director at Farallon Capital Management, as new board members.

View from the C-Suite

A common mistake made by CEOs wanting to show investors early on that they're action-oriented is to enter an organization with guns blazing ready to dismantle current operations. But as a first-time CEO and new to Ancestry.com, Deborah Liu took a different approach: she went on a 90-day listening tour before kicking off her transformation efforts at the family history tracking site in earnest.

In an interview with Fortune’s Phil Wahba, Liu talks about racism, her immigrant origins, her management strategy, and the advice Sheryl Sandberg once gave her.